On June 19th, 2016, Star Trek actor Anton Yelchin tragically passed away in Studio City, California aged only 27. The Russian-born actor was most known for his role as Pavel Chekov in the recently rebooted Star Trek motion pictures.

Empire, arguably the world’s biggest film magazine, published a 50th Aniversary of Star Trek special edition magazine full with exclusive interviews, on-set photographs and unique quizzes. The August 2016 issue also included a message written by Terri White (editor-in-chief) regarding Yelchin’s death. This beautifully written piece particularly highlights Yelchin’s achievements during his short yet successful career from films such as Hearts in Atlantis, Alpha Dog, and Green Room. They specifically stated that Star Trek: Beyond would be a “bittersweet experience” which is even truer due to the fact that Star Trek veteran Leonard Nimoy also passed early 2015.

Star Trek: Beyond is released worldwide on 22nd July. It is sure to pay tribute to both Leonard Nimoy and Anton Yelchin. 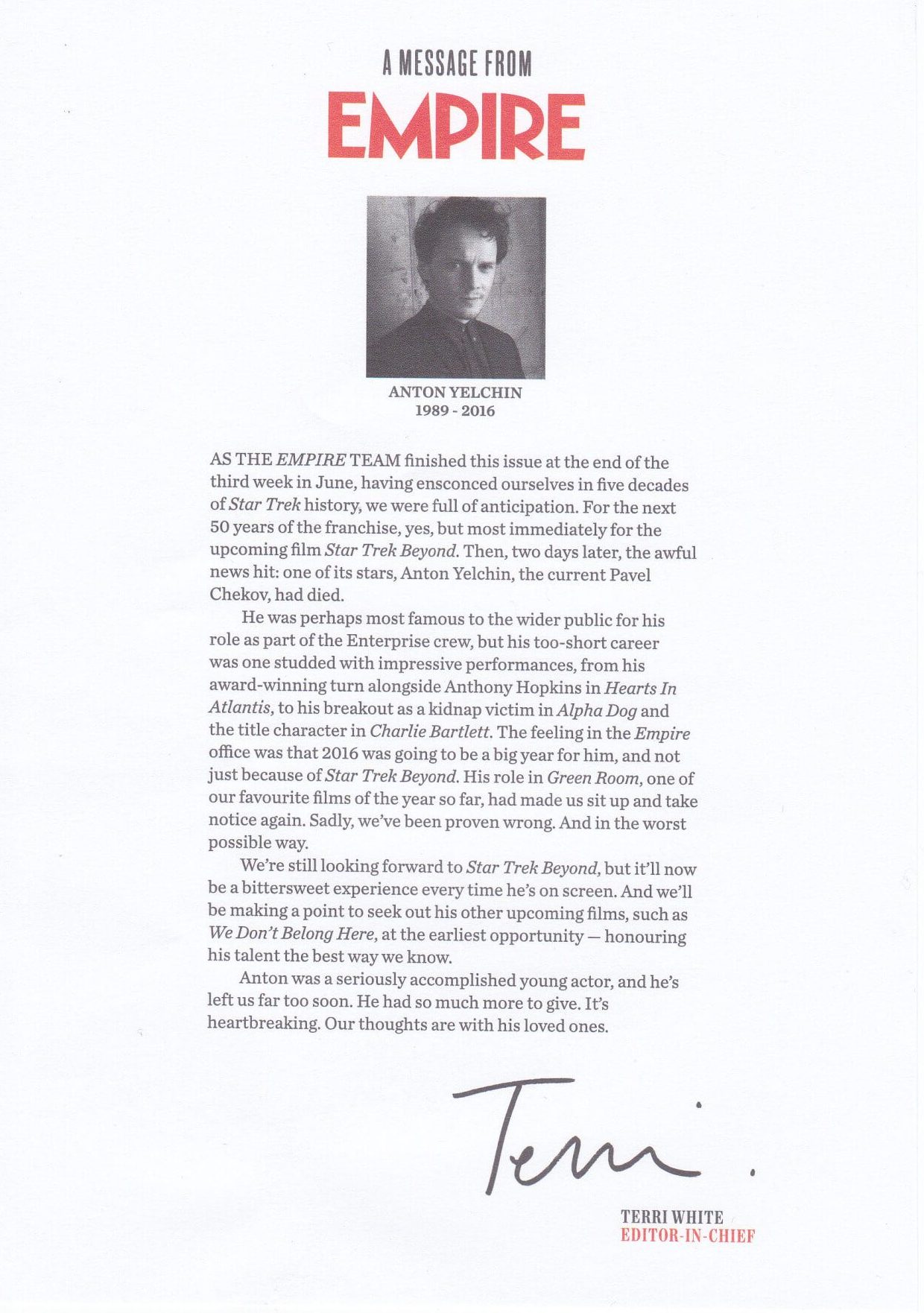