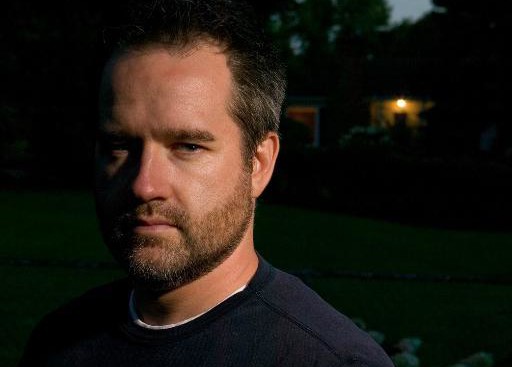 Films like 400 Days (2015) excite me. It’s a small-scale story set in a spaceship simulation over the course of 400 days. It’s these small scale stories which oftentimes make big waves. These are the films with the capacity to look at human interactions in all their nuances and quirks, these are the films which rely on a director to fill it with their vision or risk becoming stale.

400 Days' director, Matt Osterman was kind enough to give me some of his time. While I didn’t have the opportunity to speak with him, I was able to send him some questions to answer, and I had many. 400 Days is an ambiguous film, to say the least. A mystery at its core, wrapped in a layer of sci-fi, then another layer of psychological thriller and then a final layer of character study, 400 Days leaves much to the imagination. Even the few answers we do get are up for debate. I hoped that Matt Osterman would be able to shed some much-needed light on the situation.

What creative decision do you think really worked in 400 Days?

Most people (including myself) will probably point to casting Tom Cavanagh as Zell, but I think the entire conceit of “was it real or wasn’t it” is simultaneously the reason the movie got made and also why some people can’t get into the ending. I’d still make that exact same decision today. I think audiences are spoon-fed paint-by-number narratives and I wanted to do something a bit different. I’m so incredibly lucky to be in this position and am just thankful I got to make any creative decisions!

How was it like to work with the cast?

There probably aren’t enough positive adjectives to describe this group of actors. This was the lowest budgeted pic most of them had ever worked on and I never heard a peep of complaint. They came to work every single day with the goal of making something great. I’d work with all of them again in a heartbeat.

How was working on 400 Days different to other projects?

My previous feature was made for just $25,000, so this one was bigger in a lot of respects, but many of the problems are similar. It’s all about how far you can compromise given your schedule and budget. I also had great producers (NAA Films) on this that handled all the production details, so it was a relief to not have to worry about that for once.

There is a massive twist halfway through the film once the crew decide to look outside. Where did this idea come from?

The original idea for the film was inspired by a real experiment called Mars500 where they put a handful of aspiring astronauts into a fake ship for over 500 days to test the psychological effects of deep space travel. I thought, here are these astronauts who are pretty much oblivious to anything happening right outside their ship, let’s have some fun with that.

What is your take on the ending?

I’d be giving it all away if I put it together for the audience, but the clues are all there if they want to find an answer! The actual ending to me is when Theo and Emily hold hands. It’s almost immaterial who’s outside the hatch, right? We have these two characters who have been forcibly separated and whatever comes next – good or bad – at least they’re going to do it together.

What were the major influences that shaped 400 Days?

The biggest is probably Rod Serling and The Twilight Zone. I’m completely smitten with that brand of storytelling and find it refreshing that he wasn’t afraid of the unknown.

The film can get very surreal at times, what did you specifically do to create this surreal tone?

As with any scene it’s finding the combination of script, location, performance, and sound. You’re really just trying to craft something that feels other-worldy. That something doesn’t quite match reality, you know?

You’ve got an infinite budget and all the time you need, what kind of project do you tackle?
A vacation? Joking aside, I’d love to be able to experiment and craft a story-world in VR. I literally have no idea where that technology is going to lead us, only that it’s going to be really exciting.

What's next for you?
Currently working on a fun Artificial Intelligence thing. AI is another technology that is going to change the entire fabric of our world and it’s equally exciting and frightening. It’s going to be a blast exploring those themes.