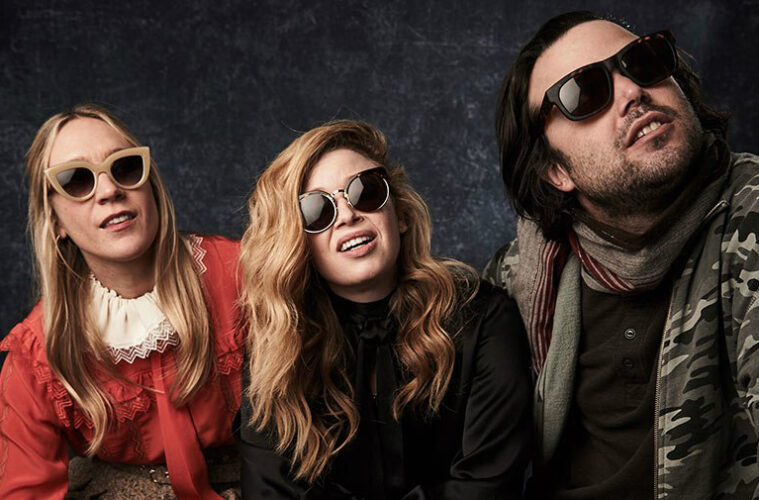 Writer-director Danny Perez’s first feature, Antibirth, stars real-life friends Natasha Lyonne and Chloë Sevigny as a hard-partying pair whose lives are upended after one wild night. Perez’s movie is beautifully atmospheric, often funny, and totally vile, the sort of horror movie that could only be made by someone who truly adores film. He took a moment to talk with us about the story’s catalysts, its curious relationship with reality, and its creative journey from head to script to screen.

What was the inspiration for Antibirth?
The inspiration came from turning a certain age and seeing everyone around having babies and being kind of repulsed by them negating the more gruesome aspects to cover up for their strange projections onto life with baby. That and a bunch of UFO conspiracies involving implants & strange eugenics. And wanting to have a strong but subversive female lead.

The chemistry between Natasha and Chloë’s characters is palpable. One of my favorite scenes is at Lou’s place pretty early in the movie. The two are talking about superpowers, Lou says she wishes she could shapeshift, and Sadie laughs. “What kind of trouble are you in that you have to be a turtle?” This is Natasha and Chloe’s fourth film together, and the two have been real-life friends since the 90s. How important was their real-life chemistry when you were casting?
Well, it kind of worked the other way around as far as writing and casting. As in, I had them cast or at least the option to pitch something to them and then tried to write something that played to their strengths or just took advantage of that natural chemistry. I wanted the movie to have moments where it felt like a hangout film like Fast Times… Dazed & Confused or River’s Edge.

The chemistry between the characters is also a testament to your dialogue. How close did you stick to your written script when you started to direct the movie? Was there any improvisation?
There was improv and other times for the more expository conspiracy stuff they had to keep it to the book. Meg Tilly had a mouthful the whole movie and even tweaked or rewrote entirely her bits, which I loved. She’s a writer herself and I’m not precious about my writing. Collaboration will often yield things you’d never gotten to on your own. For example, I can’t take credit for the funniest line in the movie (or at least the one that gets the biggest laugh every time at screenings) as it was Natasha’s improv.

Antibirth’s eerily, fantastically atmospheric town sticks with you long after watching the film. The music, the production design, especially of Lou’s home, everything that plays on the TV – it all adds up to something pretty unique, sort of timeless. How much of what we see were you actually hearing and picturing in your head while you were writing? What’s different than you first imagined it?
I’m definitely a visual person first and foremost. So, I try to write things that I know will have elements I can play with as far as sets, costumes, lighting fx, and such. The TV stuff I had actually shot over a couple years before we finally got the money to shoot. I knew I wanted there to be another plane, or world in the TV so I had a bit of fun creating those little commercials that weren't the stock footage you see at times.
The music was a big deal for me and I had to fight a bit to get all those songs and artists in there, but I wrote most of those songs into the script. So to me, the soundtrack was just as important as the cast. That Dead Moon song in there is a big deal to me. What was different? I guess the trailer was different to me in the end. I’m bad at dimensions and if I could go back, I’d make it bigger, longer.

What films did you find yourself thinking about while making this one?
Films like River’s Edge, Suburbia (Spheeris) Over the Edge, and Out of the Blue had a certain melancholy but ominous atmosphere that I wanted to kind of saturate. Certainly a bit of Cronenberg The Fly, The Brood, Videodrome. Films like Vagabond, Bug, Jacob’s Ladder were films Natasha and I discussed too.

This is your first feature, right? What did you learn? What will you do differently on your next film?
Too much to discuss here! Meg Tilly told me during the shoot that I was being baptized by fire. meaning it was a crazy and intense shoot and there were unique circumstances where we were shooting that I would not repeat. Fortunately, every script is different so you get to build on your mistakes and make whole new ones on the next project.

If you had infinite resources and budget, what’s a fantasy project you’d like to tackle?
Black Hole. A graphic novel by Charles Burns. It’s been in development limbo for years. I doubt it’ll get made. but I could make a fucking hell of a movie with that book. Also, a super glam’d out, synth rock, campy homoerotic version of Masters of the Universe. A giant green tiger?! It would be beautiful. The soundtrack would be amazing.

What’s next for you?
I have a feature I’m cooking up right now and been developing a few TV projects. A little bit of an octopus these days. Don’t know if it will necessarily fall in the horror genre but I appreciate the intensity that language allows you.

Antibirth is available to watch on Netflix
and rent/own through various Digital VOD platforms and DVD.