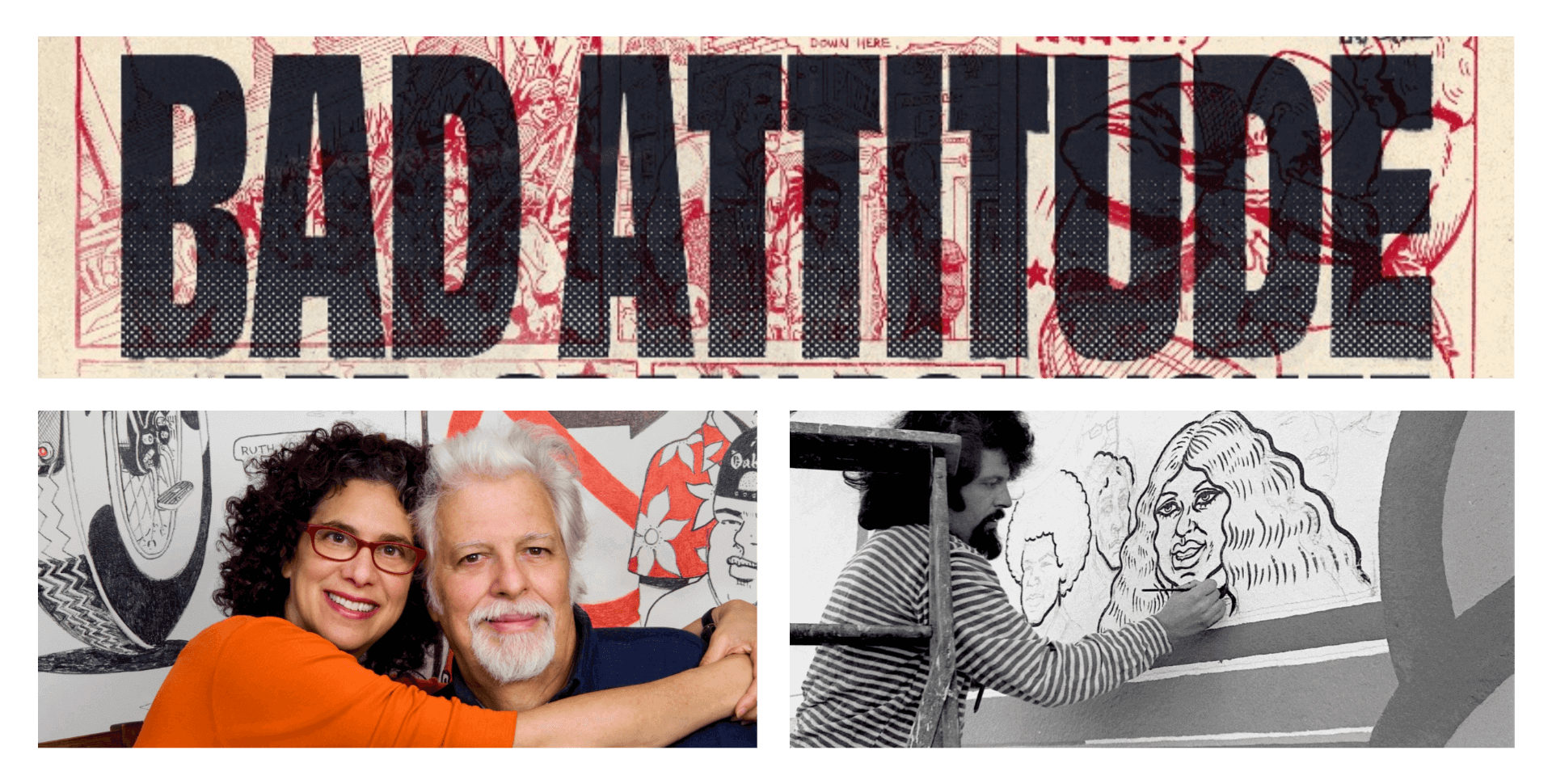 Subscribe to 'Behind the Lens' | Filmmaking Interviews @ Borrowing Tape to hear our recorded interviews. Listen to them via Spotify, Google Podcasts, Breaker, Pocket Casts, RadioPublic, and Anchor.

Listen or read the transcript — edited and condensed for clarity:

Hi everyone. My name is Nace DeSanders of Borrowing Tape, and I'm here with Susan Stern, the writer, and director of Bad Attitude: The Art Of Spain Rodriguez, a documentary that shows the life and work of the late Spain Rodriguez. Thank you for being here, Susan.

Thank you for having me.

We are so excited to talk about this film. So for those who don't know, what was your original introduction to Spain Rodriguez and his work?

Well, he hit on me. What did I say? I was a young journalist and I was dating a guy who was part of the underground comic scene in San Francisco in the 1970s. They threw great parties. I got a job from a New York magazine to do an article about underground comics. And so my boyfriend took me to this party, just took me around and pointed out all the big shots on the scene. And Spain Rodriguez was one of the big shots. And so I went to interview him and he hit on me. But I was a good girlfriend, so we didn't get together for a couple of years after that. But then we spent 33 years together, had a kid together and I just had to make this film about him.

Wow, that's amazing. So did you know his work before meeting him or only afterwards?

I knew his work before meeting him because I was a good journalist, and I prepared for doing this article about underground comics. And I have to say that his, of the underground cartoons, his work I studied before writing about it. His was my favorite because Spain has this really swashbuckling black and white style. And he really does sort of comic straight out of the noir art filmmaking tradition. And I just love that stuff.

So, then what is research of underground-anything look like at that time? So today we have the internet, so nothing is too far away, but if something is underground in the sixties and seventies, how are you finding out about it?

Yeah, that's such a good question because I think people today can't even imagine I can barely imagine what the world was like before the internet, and part of what the internet has done is I think up until recently destroyed any concept of the underground. Nothing's underground, everything's available. But I think that's starting to change. That's another question. But what it meant in those years was San Francisco was a hotbed of underground comics, so there were comic bookstores and they were collectors and my boyfriend was in that scene. So, it was a matter of going around and reading comic books. 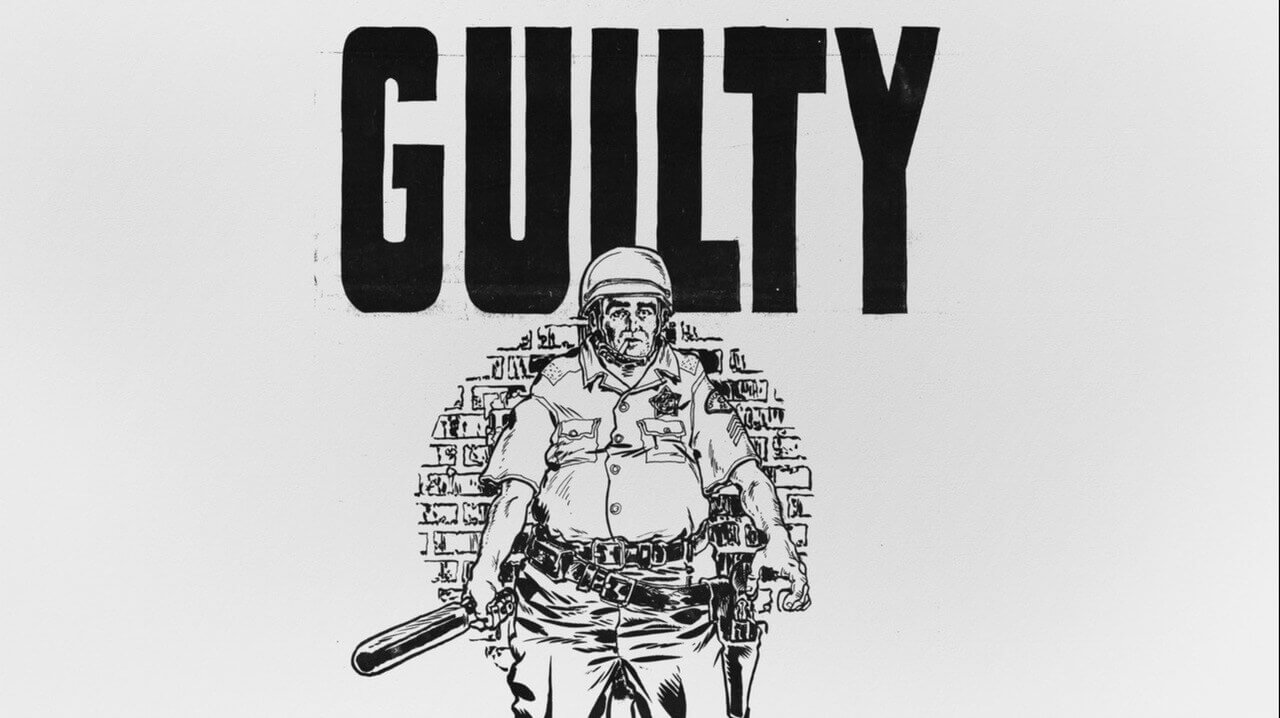 Oh, wow. That's amazing. So what originally made you want to make this documentary?

After Spain died, I felt like I had to understand him both for myself and on some sort of cultural level, because Spain did work that was controversial. People see the film. I hope they'll see the film, they'll see work that I hope— well, I hope I know it was already provoking a lot of controversy about how is it okay or not okay to pick women. What is sexist? What is not sexist? How is it? Or is it not okay to depict the violence? He depicted left-wing violence, but I've got to say after watching the right-wing violence of the seizure of the Capital in January, that violence — it kind of looks the same. You can't even tell which raises questions about political violence itself and the value of it. So these were issues that I wanted. I needed to work out for myself in a way to put him to rest, personally. And I needed to work out for myself in society as well that I'm still working out, but a lot of us are working out about politics, and violence, and sexism. And I wanted the film to be a vehicle to talk about those things.

So, did you find making this documentary to be cathartic?

I did. I like to say about Spain, he never met a piece of paper. He didn't like. And so, I've got like thousands and thousands of pieces of paper with his art on it. Some very polished that was of course published or, and on the walls of art museums, and others, just that he doodled on every scrap of paper, and as part of the process of making the film and went through an eight-year process of archiving everything and building a database of all of the art. So I really feel like I understand it all now.

Wow. Well, that's amazing. So, how did you choose who to interview for this film?

That's another good question. On the one hand, I think as documentarians, we have this obsession with keeping things alive and things keep dying. Particularly people keep dying and — actually today it would've been Spain's 81st birthday. So yeah, I knew people that knew of his history that were part of this history that happened in the forties and fifties and sixties were going to be dying. And several people that are in the film died since I made the film. I was able to get some of the road vultures, the outlaw biker gang members that he rode with in Buffalo in the early 1960s, and the police officer from the tactical unit that busted them, I was able to get them all on film. They're these old white guys, and the film tells actually what we would now call about some of Spain's anti-racist work with those guys, that was not what it was called then, but that struggle is in the film. I wanted those people in the film. The film also features Renee Yannis, who was really one of the founders of the Latino arts movement that grew up around the Galilee in San Francisco. Unfortunately, Renee has also passed away. So I wanted those people, but I also wanted young people in the film. I wanted people that didn't know Spain that are young cartoonists that are young feminists and media critics that could look at this old work and critique it with today's sensibility.

Okay. So that leads perfectly into my next question. Actually, do you think Spain Rodriguez, his work is as relevant today as it was when it was being made in the sixties, seventies, and eighties?

Yes, I do think Spain's work is as relevant to today, for a couple of reasons. I mean, some of the work is not stuff that we would do today or is not treated the way we would treat it today, but this is a historical documentary. And I think it's really made for activists and artists/activists. And I think it's important for us to remember what the world was like back in 1945 or 1950. In some ways, we have so far to go in terms of white supremacy, in terms of LGBT rights. But it helps to know where we came from, and his graphics provide that kind of a roadmap. And some of the other things that he talks about, the class struggle, we don't even call it that anymore. We call it income equality, that's so much more polite. He would've called it class struggle. Those things are more relevant than ever because the income gap has increased.

Oh yes. So, how long did this film take to make from conception to the final day of editing?

I was going to say documentary filmmakers brag about how long it takes them to make things. 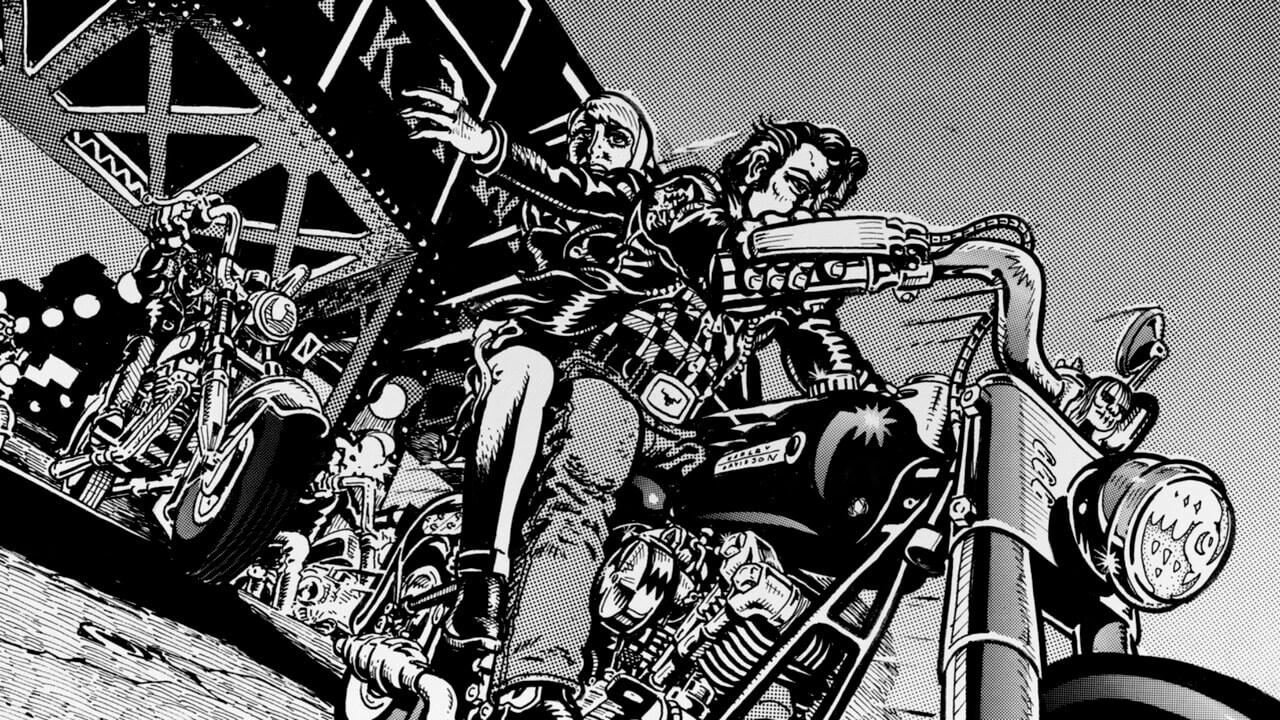 Right. So what is your favorite of Spain Rodriguez comics and which do you most recommend?

Hmm well, it's hard. I can't think of a favorite. Fortunately, right now Fantagraphics books one of the leading publishers of alternative comics is coming out with a five-part collected works of Spain's works. The first book was I believe street fighting men about the road vultures about a lot of this male violence. The second one was about his female characters. Big Bitch is one of my favorite of his female characters. The third one is his historical and personal works and those are really, really beautiful and fascinating. And there's two more volumes to come.

Okay, cool. So which films as directors have influenced you as a filmmaker, but also the documentary Bad Attitude?

Ooh, wow. So many. Why so many when I'm thinking of, I was just looking, Oh my goodness, I'm going to, I'm going to have to go back, look at your website here. You were talking about the look of, I was thinking of that, is it, I always thought his name is pronounced Wong Kar-wai.

It isn't. That's how Americans say, but it's actually not how you pronounce it. I cannot pronounce it though, because I don't know Chinese. So we can definitely go with that though.

But I mean, who else? I mean, the visuals, like, God, I can't even aspire to anything like that, but those visuals, certainly I think of the film Parasite, that was such a brilliant film. And I'm sort of shot, it's sort of weird the American media landscape. I mean, that was such a radical film in terms of income, in terms of the class struggle. And yet it gets all these awards and stuff. And then, but then people don't really talk about what that film was saying. That was very influential. God, so many films. As I was saying before, I spent a lot of time in Nigeria and the film City of God is very, very moving to me.

Is that film big over there?

No, it's not a Nigerian film, it's Brazilian.

No, I don't think they did. I think that the connection that just got made in my mind isn't wouldn't be apparent to anyone. It was just a film that I watched a lot when I was trying to write this screenplay, and do my work in Nigeria because it was so much about, there was a lot of similarity between the favelas in Brazil and neighborhoods that I was in Legos.

So, What are you currently working on? Are there any other new upcoming projects that we should be looking out for?

I'm actually just, I'm looking around. I'm actually working on putting together, I'd love to put together some of them around Bad Attitude. Then that's what I'm working on right now. I'm really hoping to have an event in the San Francisco Bay area. That includes maybe a show of Latinx art, of young Latinx cartoonists. I've worked some with Latinx Comics Expo, and I'd love to just showcase the work of young artists and bring that around the film. I'd love to have a show and parade of low-rider cars. Spain did a lot of work for low rider magazine. And I'd love to have some of the musicians that did the wonderful original score for Bad Attitude to do a concert. So I'm working on putting together those type of events.

Awesome. Well, thank you so, so much for taking the time to speak with us today, Susan.

Well, thank you so much. It was a pleasure to meet you. And like I said, I've been looking at your work and I'm really excited to see some of it.

Thank you so, so much.