Beyond The Sky – Interview with Film Director Fulvio Sestito 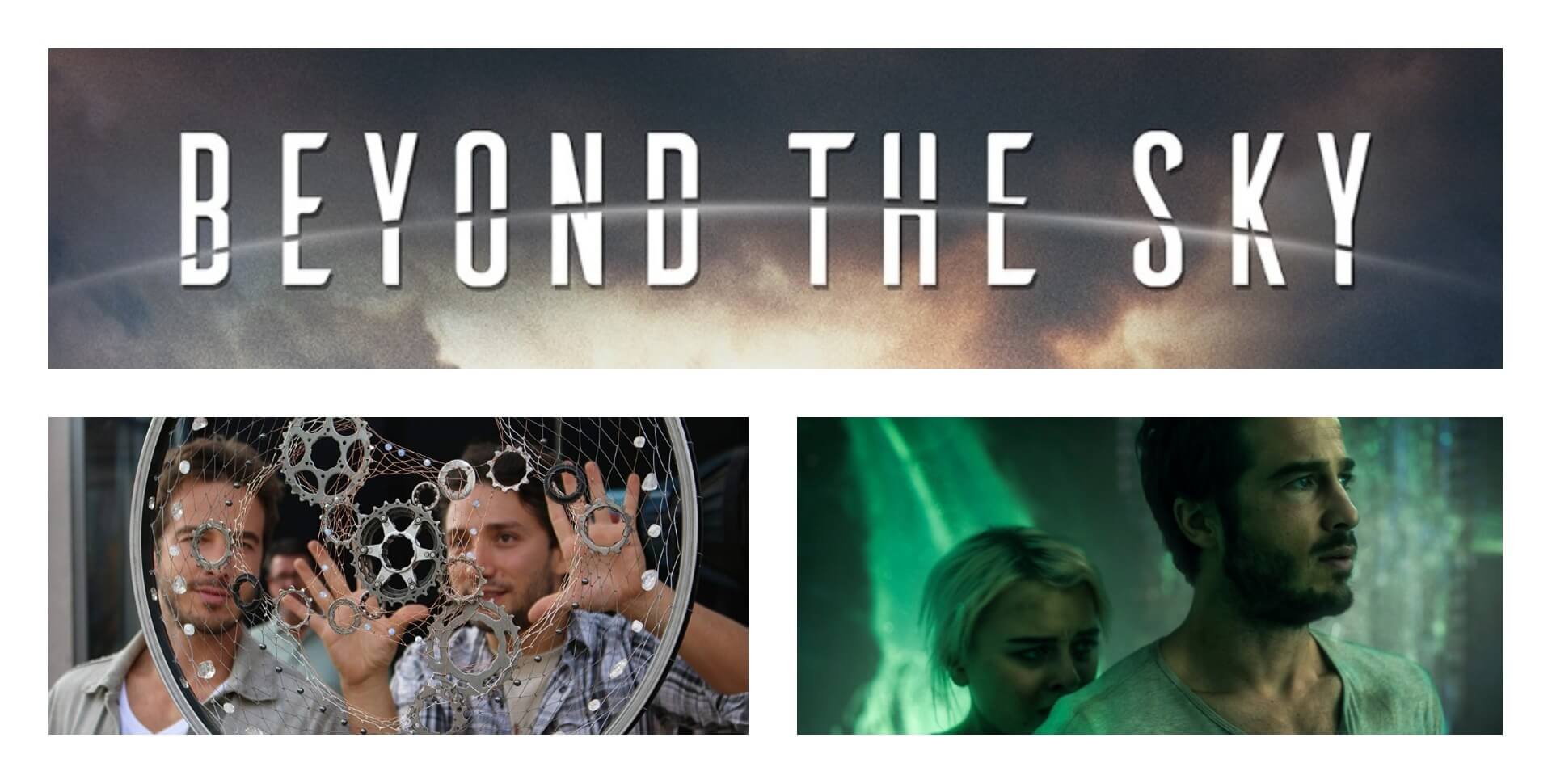 With his feature debut, Director Fulvio Sestito sets out to find if alien abductions are false memories created by those who have experienced traumatic events, or if there is something strange and unknown lurking Beyond The Sky. Before disappearing in a blinding flash of white light Fulvio was gracious enough to answer a few questions about his new film that landed in theaters September 21st.

What inspired this story, and how did you decide the best way to tell it?

A good part of the film is based on actual events that happened to me during a research trip. I was always fascinated by the alien abduction phenomenon. Not necessarily by the alien part alone, but more by the cultural and psychological ramifications - "What drives someone to tell fantastical stories about aliens and UFO sightings? Is there some truth to it, or do these people believe it so much that it becomes real in their minds?" Looking for answers, I traveled to several UFO-themed conventions where I started meeting and interviewing all kinds of interesting characters. But the deeper I would dig the more questions I would find. Clues led me to experience strange sightings of my own and to the Pueblo Indians of New Mexico. Needless to say, that what started as a research trip turned into a transformative spiritual journey that questioned my own beliefs.
Thematically I knew I wanted to tell this story from two different points of view. That of Chris, a documentary filmmaker who, because of his traumatic personal connection to the subject, wants to debunk the alien abduction phenomenon. His view of the world is very somewhat Machiavellian, objective, detached, and cold. The second point of view is that of Emily. She believes she has been abducted since she was 7 years old and again every 7 years since. Her world is subjective, mysterious, creative, she knows what’s been happening to her is real, but can’t really prove it. This arc, starting the story from Chris’ objective point of view then gradually transitioning to Emily’s as Chris’ beliefs are challenged, became the driving spine of the script.

Visually, I decided to embrace a hybrid storytelling approach. One told from the ‘documentary’ camera Chris is using to tell his story, the other from a narrative cinematic point of view; each style representing a different interpretation of the reality our characters experience. At first, the world as seen from Chris is told with longer lenses, colder colors, the camera is more frantic, like his mind never still. Then as we enter Emily’s world, she brings warmer earth tones, slower camera moves, wider shots. Finally, as we dive into the uncharted world of the subconscious mind and the characters’ unreal experience, the two worlds collide in an explosion of cold and warm hues. Soft and stark lines, a world of contradictive opposite that somehow find a balance and beauty.

What unexpected challenges did you face for your first feature production?

After experiencing the striking beauty of the New Mexico plains and the timeless textures of the Indian reservations during my research trip, it was clear the visual structure of the film was going to become a character in the story. In a quest for authenticity, we ended up shooting in 13 different locations across 3 states and with only 22 days of principal production. A quest that proved to be a logistical nightmare. Although I love the way the film looks because of the stunning locations, I think looking back I was too naïve and optimistic on how much time that would require. We ended up spending lots of time moving things around and less time making sure each shot was a perfect as it could be. If I were to do it again, I would either fight for more shooting days or merge some of the locations together to maximize shooting time.

What were the design decisions behind the visual effects, and how were they created?

I was clear early on that the way the story was structured, it led to a visually challenging 3rd act where our characters experience an extraordinary encounter. Also, because the story was told from a very realistic documentary-style visual approach, it was imperative the VFX had to be absolutely convincing or the entire movie would not work. Our budget was limited, and the scope ambitious. It was a monumental task. That’s when my extensive experience in VFX came very handy. Being both the director and visual effects supervisor on the film also turned out to be very challenging. From one side - the uncompromising director - I was very critical and only wanted the very best. From the other side - the VFX sup - I had to figure out how on Earth I was going to achieve my own crazy demands.

The first step was meticulous preparation. I spent countless hours with my good friend and production designer Kino Scialabba talking about ideas and coming up with a very precise visual style. Knowing exactly what we wanted allowed us to put all of our efforts into achieving just that rather than trying things and making costly changes. After all of the designs were approved, I traveled to Ukraine and teamed up with Terminal FX, a Kiev-based visual effects company. We spent quite a lot time there building a pipeline that would allow us to create the insane amount of VFX work required for the film. Terminal FX ended up doing all of the heavy lifting 3D renderings, and character animation. After that, because I wanted a very specific look, I decided to bring all of the elements back to LA, where myself and a small team of artists finalized the compositing adding all of the optical nuances that make them ultra-realistic.

Why is it important for you to tell stories? Why is film the best medium for those stories?

I feel stories are a fundamental part of the human experience. It makes us who we are and drives us to evolve, to communicate, to better ourselves. I’m not necessarily sure if film is the best medium to tell stories, it just happens to be my preferred one. For me cinema recreates life in movement, expands it, transforms it. And ultimately the film becomes an entirely new form of life in itself. A world that only exists within the confine of the frame. Cinema is an art form as close to life creation as it can be.

What's the best piece of advice you've ever received?

It’s from my biggest hero and mentor director Tim Miller. Years ago, when I first met him after a speech he gave at a VFX technology conference, I tried to convince him to watch my latest short film. His answer was: “Does it suck?” As filmmakers and storytellers “you know whether your work sucks or not.” Sometimes we try to sell ourselves and settle for sub-par standards only to indulge our egos. That experience made me always want to be my toughest critic and keep pushing my own creative limits.

It’s actually a dream project I have been developing for several years. A supernatural-thriller called Beyond the Gate about a young boy whose father disappears in a plane crash and his quest to go find him.

I’m currently working on a documentary series on Afro-Latin religions that dives into the mysterious and mind-bending world of occult practices. I’m also working on two feature films. One on a similar subject, about a woman who, in order to save her marriage, moves to Colombia hoping for a fresh start, but gets entangled in a terrifying web of modern-day witchcraft. The second is a sci-fi psychological thriller with veteran producer Marianne Maddalena about a family living in isolation in an outpost at the outskirts of our solar system.

Related: Read our spoiler-free movie review of Beyond The Sky

Watch Beyond The Sky in a cinema near you,
on Amazon or iTunes