At All Costs – Interview with Film Director Mike Nicoll 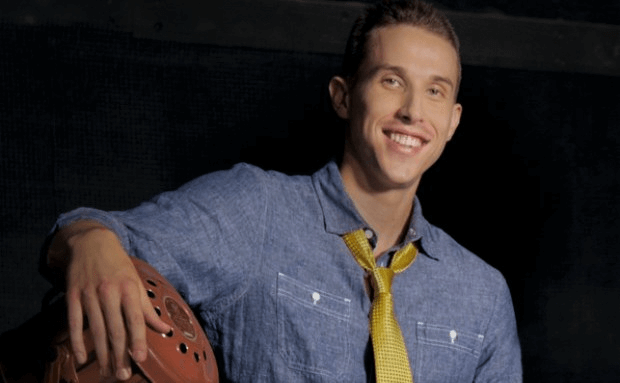 In Director Mike Nicoll’s latest documentary feature At All Costs, Nicoll explores the relationship between the AAU (Amateur Athletic Union) and increasing professionalization of youth basketball. I recently spoke with Nicoll in an interview about this relationship and what effect it has on college recruitment and the impact it plays on the players themselves. From September 20th, the film is available to watch on both VOD and iTunes.

I got my first taste of filmmaking when I was in high school. My dad used to videotape my varsity basketball games for us to review – mainly for training purposes. But in my spare time, I would sit down at the computer and edit together my own personal ‘SportsCenter’ highlight reels. Eventually, my dad said to me, “you should take an editing class to see if you really like editing or you’re just so vein that you like watching yourself play ball.” So I did…and now I’m a filmmaker.

Where did the idea for this film come from?

This particular story is a very personal one for me – because I grew up playing AAU basketball in southern California. I spent my formative years traveling all over the country with my AAU team, basically from age 7 to 13. I made a ton of great friends (some of whom play in the NBA now) and learned what it meant to really work hard at something…but, beyond that, I could always tell – instinctively – that there was a lot of complicated, “adult” stuff going on that went over the kids’ heads. So when I finished the film program at USC and set about crafting my first film, I was naturally drawn back to this culture to resolve what I felt was some unfinished business.

In the documentary you touch a little on the shift from recruiters looking at high schools to the AAU, how do you think this has affected students who may be just as talented as AAU players but don’t have the means or availability to play in the leagues?

There’s no question that the AAU machine has had a dramatic effect on high school recruiting. The bottom line is that if you want to compete for a high-level Division-1 scholarship, you have to be playing AAU ball. There’s no substitute for it. The premier college coaches aren’t able to travel during the regular basketball season – so their only real chance to evaluate players is during the summer. Subsequently, if you’re not playing on the right team, in the right gym, on the right court, in front of the right coach…your chances of being recruited are extremely diminished.

Do you think organizations like the AAU have commercialized amateur sporting to the extent that it treats players as a commodity at earlier and earlier ages?

Absolutely. The one thing I feel compelled to clarify, though – is that the term “AAU basketball” gets thrown around a lot. But most people don’t realize that the actual AAU organization – the Amateur Athletic Union – doesn’t run or control any of this upper-echelon grassroots basketball infrastructure. When people say “AAU basketball”, what they’re really referring to is the grassroots circuits run by Nike, Adidas and now Under Armour – who have a vice grip on these premier recruiting showcases that attract college coaches, NBA scouts, and pro agents. And there is a ton of money that gets flushed into that system to make it work, and the young players are obviously an intricate part of that situation. These young guys are asked to “brand” themselves at 14 or 15 years old – and all these adults are scurrying around them trying to position themselves to capitalize when (or if) the big payday comes. So yes, the culture has absolutely professionalized (and commercialized) youth basketball.

What are some of the benefits that an organization like the AAU have for young players?

The clear benefit for the players is the massive exposure the platform gives them. Especially now with social media, these guys are mini-celebrities in their own ecosystems at such an early age. Both socially and athletically, their visibility is so huge at such an early age. And from a recruiting standpoint, if your parents understand the landscape and how to game the system, you can manipulate your way into a ton of valuable exposure that can be parlayed into a big-time scholarship.

With an unlimited budget, what would be your dream project?

I’m fascinated with power dynamics in large, competitive environments. Having been a lifelong NBA fan, I have a pretty nuanced understanding of how things work behind-the-scenes in The League…so I’ve got my eye on a film that would explore a lot of those macro ideas. Whereas At All Costs looks at the politics and infrastructure of youth basketball, I’d like to develop a film that looks at those same ideas within the pro game. I’m in the process of developing that film right now, actually.

Well, as I just mentioned, I’m developing another feature basketball-related documentary that I hope start shooting in the Spring of 2017. I’m also looking at some adaptations for At All Costs – both scripted and non-scripted. Beyond that, I’ve got my eye on a documentary that lives at the cross-section of politics and rap music, but that’s a discussion for a separate interview. In this moment I’m just thrilled that people will have a chance to experience At All Cost. I poured my heart and soul into making it so it’s great to let it fly out into the wild.

At All Costs is now available for purchase on iTunes and VOD.