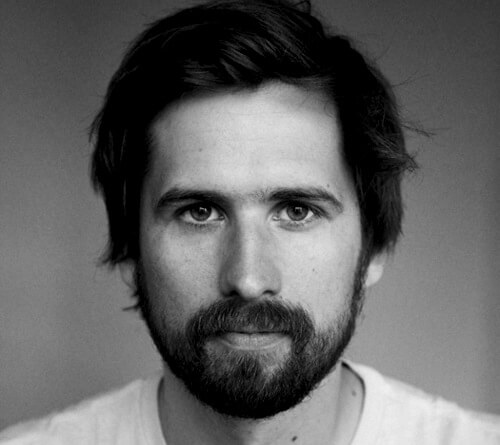 There comes a time in every film maker’s career when one must step out of the short form and tackle a feature narrative. Sometimes it’s a natural progression, at other times a forced challenge, often enough it’s simply because the next story that needs to be told just can’t properly unfold in a quarter hour and a storyteller’s got to do what a storyteller’s got to do. That time has finally come for director/writer/actor Benjamin Dickinson with the release of his first feature film Creative Control [2015].

With commercial clean precision his debut throws the thinly veiled fantasy of advertised beauty on its head while commenting on the very relatable future of technological experiences we’re all neck deep in on a daily basis. It’s a strong directorial debut from a man who also co-wrote the well thought script and gave an honest and grounded performance in the leading role. Mr. Dickinson wears all the hats well and gives off a strong first impression, even if there are some film school flaws throughout the perfectly shot piece.

Benjamin Dickinson was kind enough to let us into his world by answering a few questions about making films, particularly this one.

What fueled your desire to write and direct films?

Fundamentally I’m just working through my own personal issues by placing them in the social and aesthetic context of filmmaking.  I feel that the personal can be political if you properly contextualize it.

Was there a particular event or time that you recognized that filmmaking wasn’t just a hobby?

I never thought of it as a hobby. I always took it very, very seriously, since I was 14 or 15.  I have always taken everything extremely seriously. But it took a long time to internalize the visual language of film. I think at some point at NYU, where I went to undergrad film school, I started to get it when I was around 19 years old. I made a black and white silent film about a pervert running around New York City in his tighty-whiteys. I played the character because I couldn’t get anyone else to do it. So I guess from early on self-exposure/masochism became part of my approach. I remember my professor at NYU, Lazlo Santa, said, “Great film, but you were too handsome to play that role, you should have gotten Todd Solondz.”  Weird criticism right? “Too handsome”? But I know what he meant. I feel like some critics of “Creative Control” have accused me of bad faith by portraying a group of beautiful people being so unhappy and selfish and terrible to one another in their privileged lives, but I think they are being really hypocritical. Those same critics praise Antonioni & Godard all day long, and for some reason, they refuse to see what I am doing in terms of a social critique. Maybe because I play the lead character they assume I am advocating for him and his weltanschauung? Now in independent film, apparently, to be taken seriously you have to shoot everything like a documentary and only concern yourself with emotions and not politics, and that’s a pretty narrow ghetto they are willfully creating. Capitalism shapes our emotional lives, whether we like it or not.

What film have you watched the most? What has influenced you the most?

I have watched Annie Hall more than any other film. It basically perfect, even with all of the “created in the editing room” voice-over weirdness (a lot of which they really didn’t need, he revisited this flashback/vignette approach in Stardust Memories and the associations are much less spelled out). I never get tired of watching it. It makes me glad to be alive.

When watching a film what’s one of the first things you notice as a telling sign the film won’t be very good?

I really hate bad exposition. I hate it. I would rather be confused about what’s going on then have someone spell everything out in stilted dialogue. It’s the worst.

How have you most improved from your first film?

I think I’ve gotten better at pacing. But I still have an ungainly instinct towards really long first acts. I like to really build the world extensively before introducing the central conflict. You’re really not supposed to do that, in American films, but it’s just what I like.

What’s going to be most appealing about your film to audiences? Why?

What drove you to make this particular film?

Just my personal frustration and anxieties with late stage capitalism experienced through the dark mirror of smartphones.

The cinematography and composition of almost every single shot is extremely clean and has a very commercial feel. What were you trying to convey with such an aesthetic?

I was purposely hijacking the commercial aesthetic in order to use it against itself. We shot the movie like a commercial so that it looks very desirous, but the people living in the commercial aren’t happy.  Because like an advertisement, the people in the film are concerned with appearances, not experiences.  That’s what advertising sells, the appearance of happiness and the security of objects. Advertising objectifies bodies, tools, feelings, and makes them purchasable. Creative Control is an anti-advertisement. I want you to walk away from the film and say “I DON’T want that.”

What role does technology have in your own life and how did that contribute to the story?

It’s the same as pretty much everyone else I know. I negotiate a preponderance of both my business and personal life through my iPhone. It is a near constant presence in my life except when I am sleeping.

What was the biggest challenge you had to overcome during this production and how did you do so?

What do audiences want? And is it the filmmaker’s role to worry about that?

If you’re not thinking about the audience at all, it will probably be hard to continue being a filmmaker for very long. You have to communicate with the audience, just like if you want to have a conversation with somebody, there has to be empathy there. The conventional wisdom is that American audiences respond to easy morality and constant forward motion. But I actually think what audiences want is to be challenged but not bored.  I mean, The Godfather was a huge hit. So I think a lot of that conventional wisdom is just laziness and greed at the studio level.

How do you think the industry is changing and what are your thoughts on the matter?

It all seems to be moving to the small screen. Amazon & Netflix are emerging as the new Studios. VR is starting to become a viable format for auteurs.  Things are changing fast. I don’t have an opinion about it, it’s just happening.

You’ve got an infinite budget and all the time you need, what kind of project do you finally tackle?

I would always want to make a film for the least possible amount of money. An infinite budget doesn’t make any sense. Part of the process of forging art is working within limitations.

I’m working on a film that takes place in a world where the ruling elite all have chips in their heads, but all of the main character’s don’t. Broadly, it’s about the role of the artist in society, and gender, and race, and different kinds of love and theft.