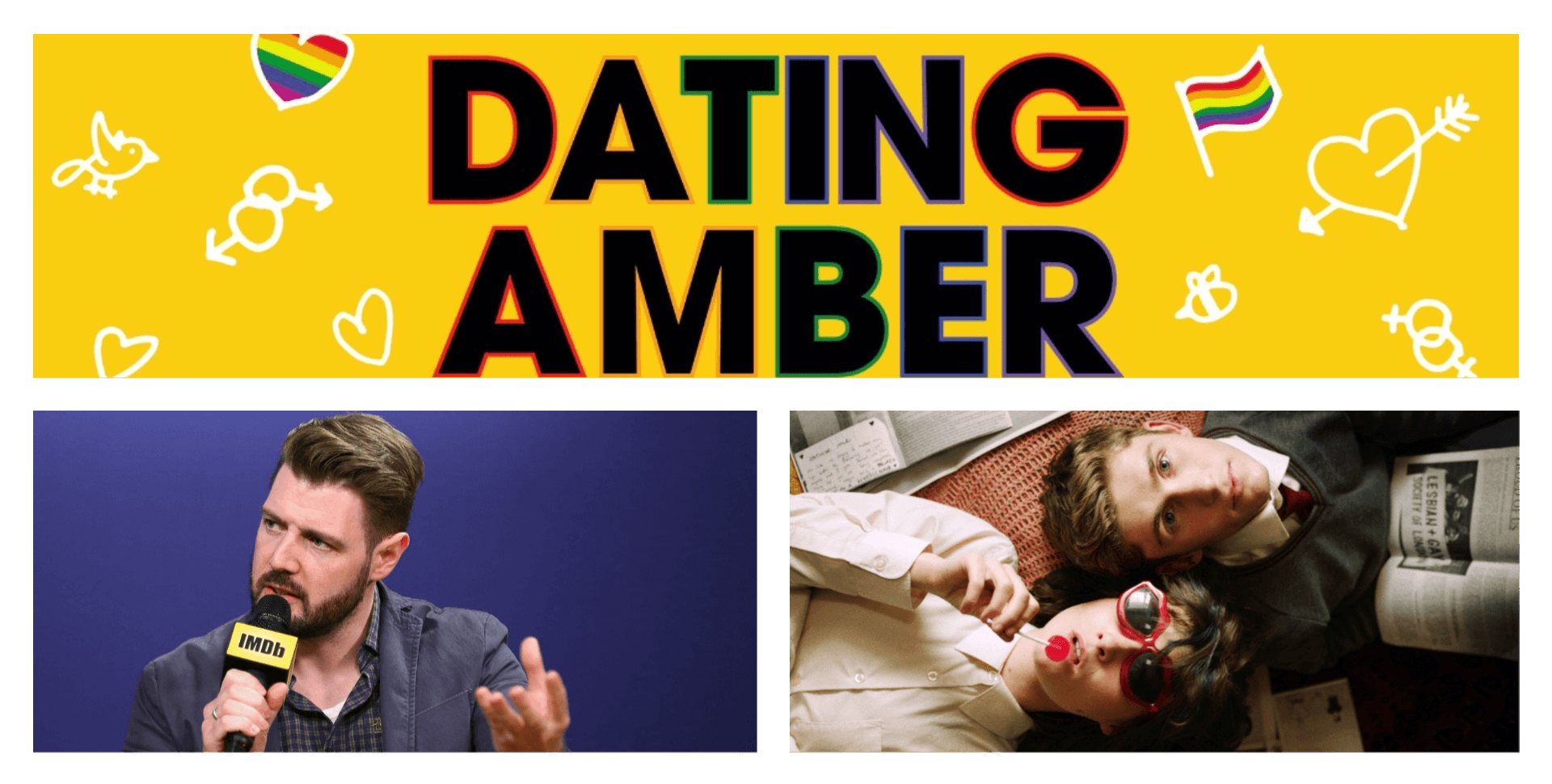 Dating Amber is a coming-of-age comedy movie that follows two teenagers who go to the same high school, Eddie (Fionn O'Shea) and Amber (Lola Petticrew) who start a fake straight relationship in an attempt to fit in. The movie was written and directed by David Freyne, who talked with us back in 2016 for the release of his film, "The Cured," starring Actor Elliot Page. In this interview with David Freyne, he explains the behind the scenes processes for writing/directing, Dating Amber — which shows a more lighthearted side to growing up LGBTQ+ during a difficult time and place in history, relative to other films that have explored the subject matter before. Dating Amber is available to watch on Demand and Digital starting November 13, 2020. 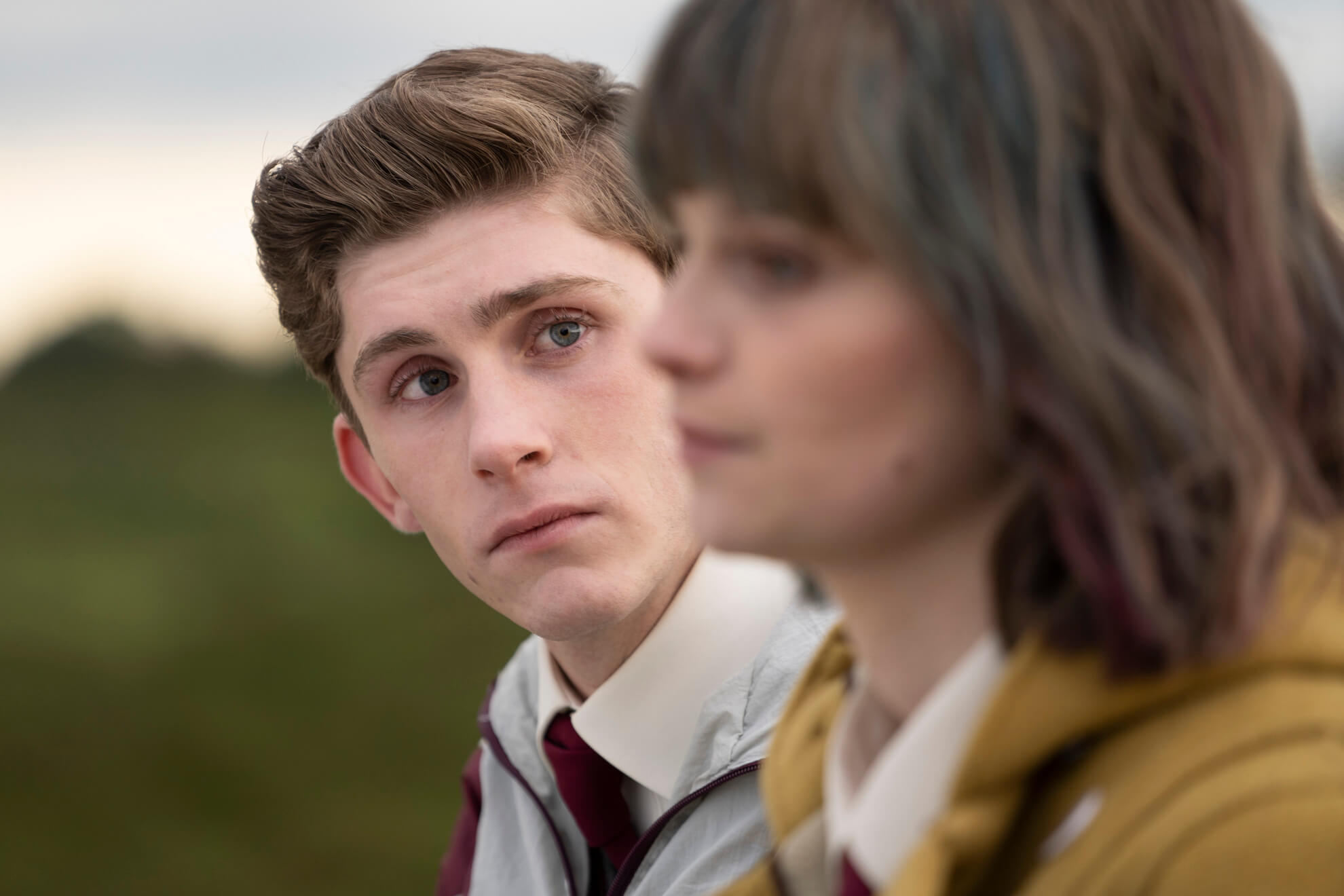 It was very therapeutic, both writing the script and then getting to make it in my home town, which is basically like returning to the scene of the crime. The whole process made me re-evaluate a lot of my experience to see how much comedy and warmth existed for me at the time. I used to be a mope that only dwelled on the terrible things.

As for balancing drama and comedy, it was OK. I mean the drama was easier. We have a tendency to revere big emotion in film but actually, comedy is the hardest thing to get right. So I worked really hard to make sure all the jokes landed, to make sure our cast were good comedic actors and just rehearsed and rewrote and rehearsed and rewrote, etc. I love writing and directing comedy more than anything but it does not get the credit it deserves.

In the end, Eddie and Amber are at different stages of acceptance in terms of their sexuality. It was a brave choice to have the two characters choose different paths to happiness. Can you tell us the motivating force as to why you wanted to end the movie this way?

The world is filled with country queers that just couldn’t be themselves where they came from. I am definitely one of them. But there are also those who had the courage to stay and come out. And I am just in awe of those people. They are the ones that made the greatest change. I wanted to celebrate both these people equally and to show that there is more than one way to come to terms with who you are. Dating Amber is my love letter to all these kids. 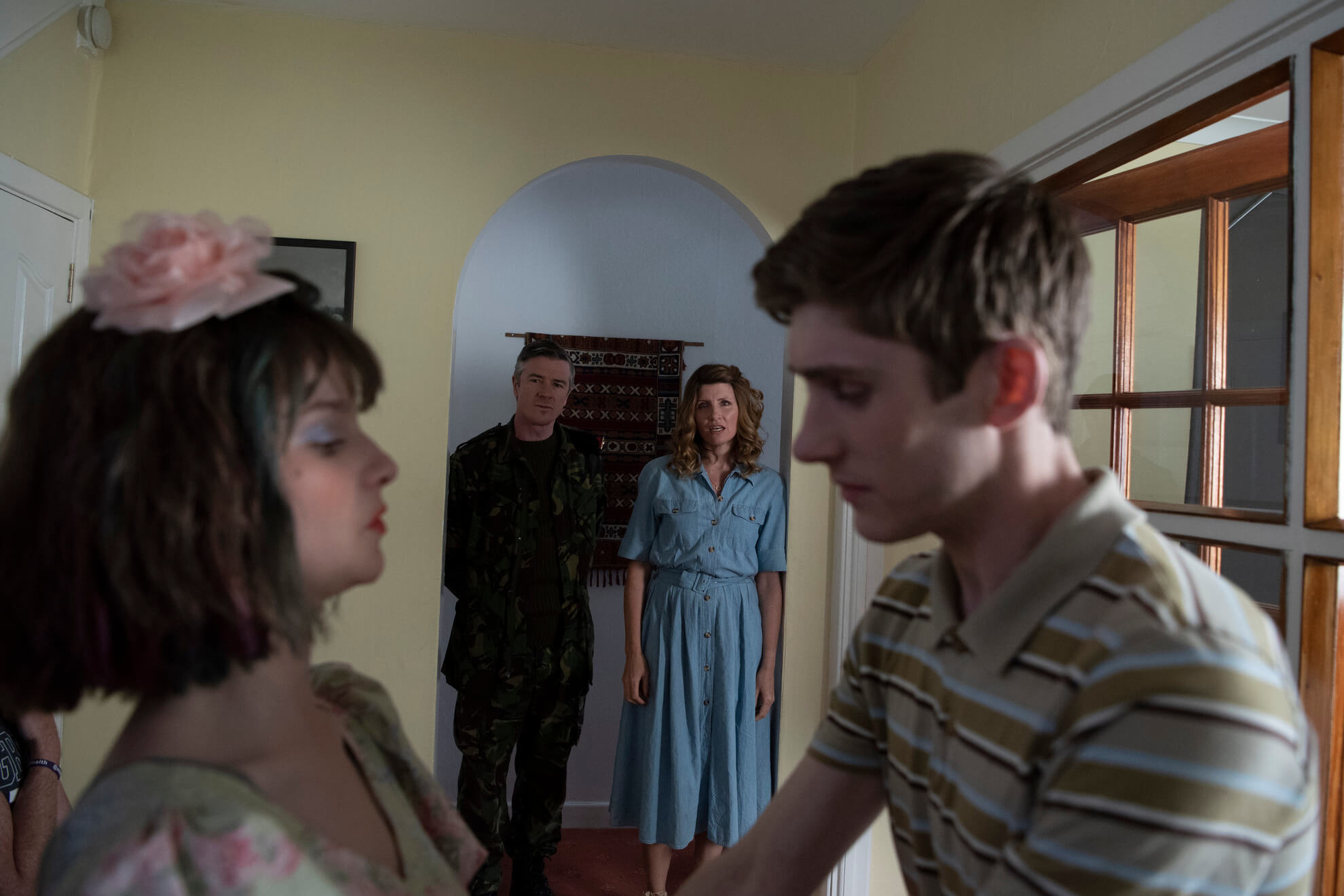 The two leads portraying Amber and Eddie — Lola Petticrew, and Fionn O'Shea have a delightful dynamic on-screen. How did you find the casting process?

Casting was nerve-racking because I knew the film’s success rested on whoever these two actors would be. So we did a really wide search. I knew Lola and Fionn were great from their tapes but even then it was all about the chemistry, so we brought our favorite 8 actors together and tried them in various pairs. Once we got Lola and Fionn together it was like a eureka moment. Then we did loads of rehearsal which was more a ploy for them to spend time together and really develop a bond. But little did I know how inseparable they would become. They are the best of friends and that love they have for each other just shines through the screen.

Can you share your highlights of directing, "Dating Amber"? How long did production last? What was it like filming on-location in Ireland? What were your favorite shots and scenes from the movie?

This is cheesy, but every day was a highlight. It was a 5-week shoot and it was the most joyous, hilarious 5 weeks of my life. I got to shoot in my childhood home, I got my family involved, I had an amazing cast and crew. It was oddly dreamlike.

My favorite scene was when Eddie and Amber first come across a gay bar. It’s just this magical, almost otherworldly, one shot. It perfectly captured that feeling of discovering this new family. 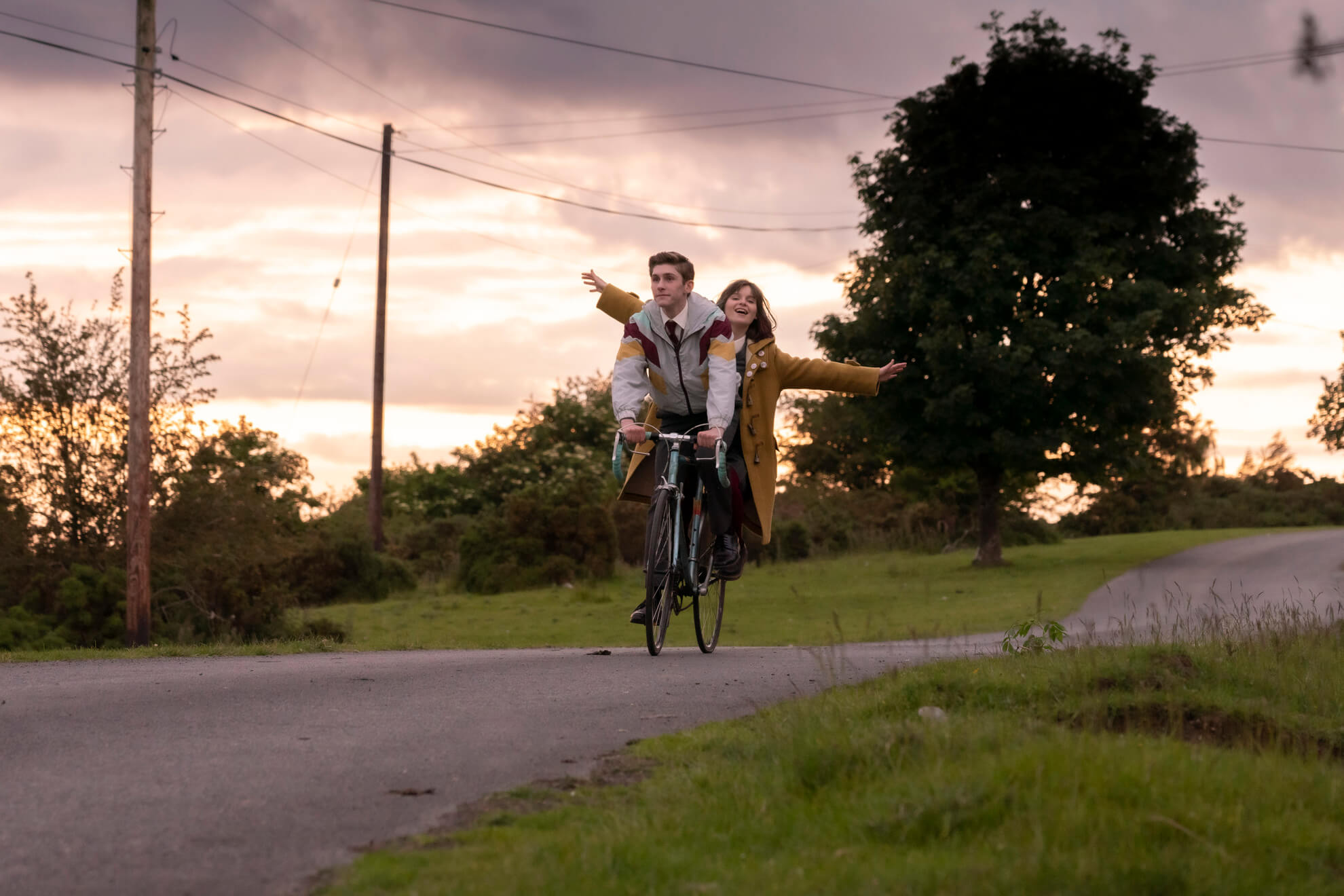 What was it like to work with Cinematographer Ruairí O'Brien on the aesthetic for Dating Amber?

Great. I love that man. He shot a short film of mine before so we knew each other well. He has an incredible sense of humor which was essential for me with all my HODs. We really wanted the film to feel like you were looking through a photo album. Like the film was a memory, and that really came with the colors. We worked closely with Emma Lowney, the production designer, and Joan O’Cleary, the costume designer, on the palette and camera tested those colors to make sure it fit. And we also always left it open for some magic on the day. Some of the best stuff came with Ruairi or me going, “What if we did..” It was just like playing, which is how it should feel.

How did you find the post-production process with Editor Joe Sawyer? What's your favorite edited scene in the film?

Again brilliant. I should probably make up some drama so this doesn’t come across as a sickening love in. But Joe is an amazing editor and had a real sense for the tone I wanted to create. We managed to get an edit we were happy with, about 5 weeks, and then it was just refining and refining. I mean I think it’s impeccably edited but the club scene in Dublin is amazing. I feel like the cutting brings you into their heads so wonderfully. 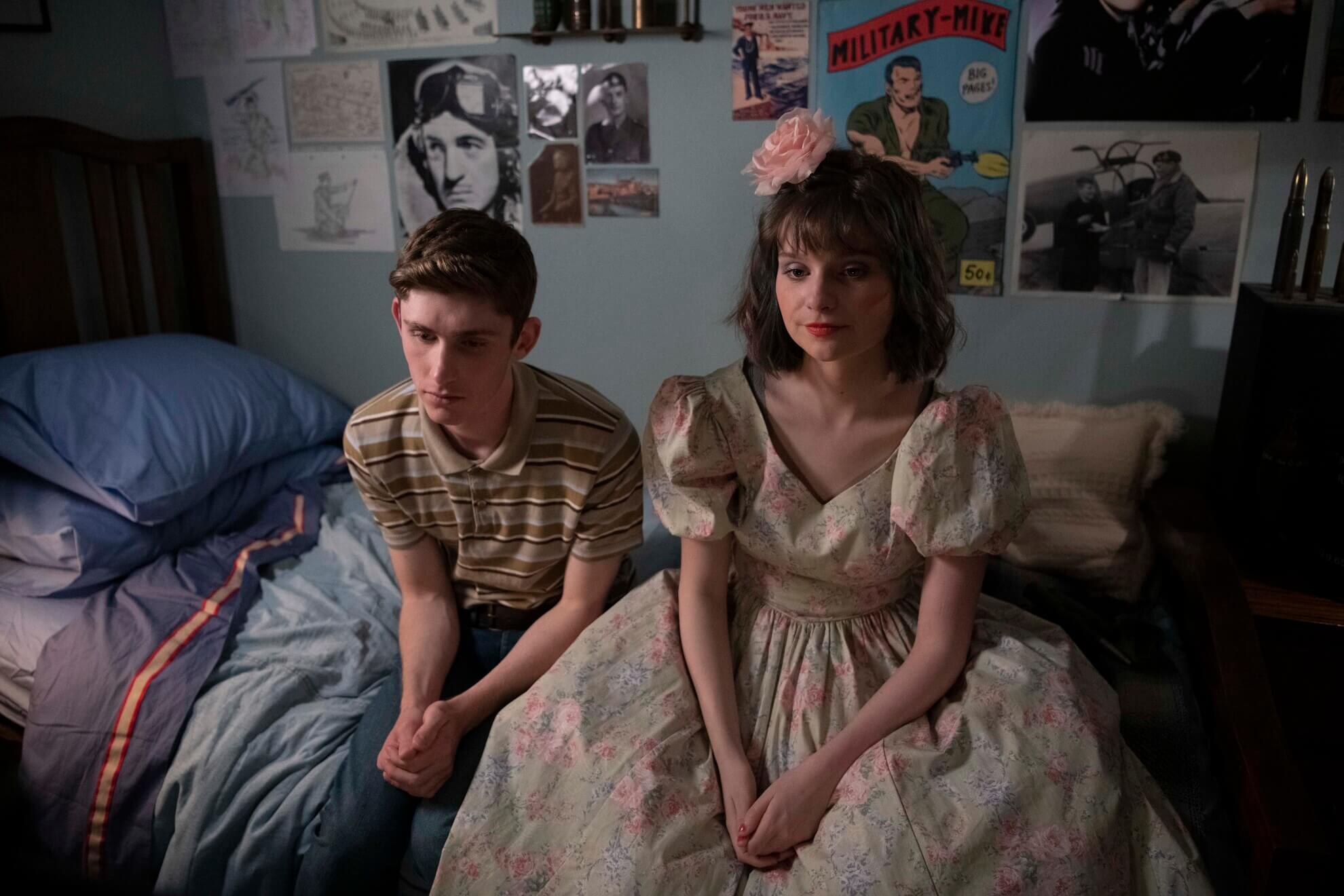 Which films and directors have had an impact on you as a filmmaker and on your film, Dating Amber? Out of your fellow contemporary filmmakers, who do you hold in high regard? Which actors would you love to work with?

It’s a long list but for me, Dating Amber is a rom-com so I looked to the greats, Billy Wilder’s The Apartment, When Harry Met Sally, Harold, and Maude. My favorite filmmakers of all time (aside from Wilder) are Powell and Pressburger. They are a less obvious influence on Dating Amber but an endless inspiration to me.

And as for actors, it’s a long list. I’ve had the great fortune of working with some amazing actors that I want to work with again and again. I would love to do a big queer thriller with Elliot Page, who I had the privilege of working with on The Cured. He is just amazing.

I love Riz Ahmed, Olivia Colman, Daniel Kaluuya, Ben Whishaw, Michaela Coel, Tilda Swinton. I mean it’s a long list. And I do have to say I’m in awe of all the incredible up and coming Irish actors out there at the moment. It’s a really exciting time.

What are your Top 5 Comedy and/or Drama Movies?