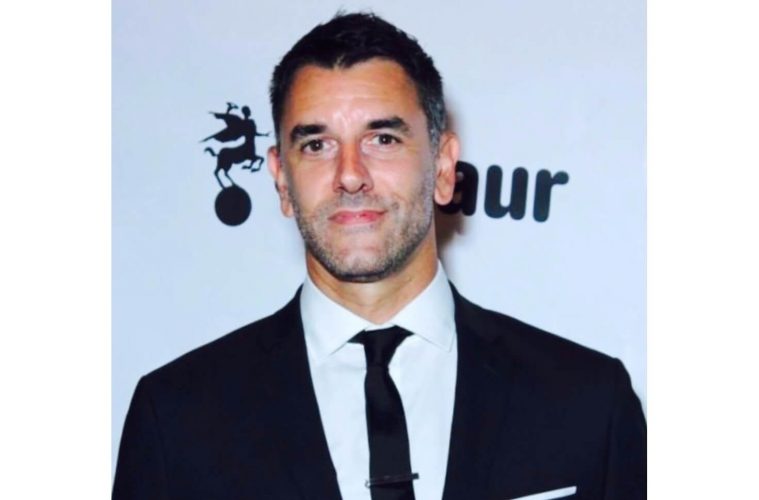 Director Richard LeMay aspires to scare audiences this October with his new film Dementia 13. A bold take on a Francis Ford Coppola classic, the movie follows estranged siblings and their mother as they visit an old estate that has been in the family for many years. Strange occurrences start to manifest in the form of ghostly shapes, and danger lurks in the most surprising of places. LeMay shared some insight into his creative process in this Borrowing Tape Interview.

This is a reimagining of Francis Ford Coppola's horror film of the same name. How did you attempt to modernize the story and make it your own?
I think that it was important to respect the original story while trying to put your own stamp on it. Ultimately, the main premise is very true to the original. We added a few more bells and whistles in the way of chase scenes and a large death toll. The photography is also outstanding due to my DP Paul Nicholls. We added a lot of movement to the story with the camera work, be it steady cam, dolly drone, techno crane. We kept the camera moving along with the actors as often as possible.

How is directing a retelling of a classic film different than going off from an original screenplay?
For me, it was a lot of pressure because not only is the film a cult classic but Francis Ford Coppola directed it. I will never outdo him so the challenge was to respect the original source material and try to make the best film I could.

The castle featured in Dementia 13 Is very eerie · and gothic. How did you find the perfect location to shoot the film?
We looked at a lot of castles. At first, it was fun because I had never been in a castle before but then it was always something that prevented us from using certain ones. Then we came upon the castle in Cornwall, Connecticut. It was perfect in every way. It was really important to get that right because I wanted to use it as another character (so to speak). The castle itself is an imposing figure.

With a fairly small cast, how did you select the right actors to portray each role?
Casting is never easy. It is literally my least favorite part of filmmaking. We saw hundreds of great actors, but in the end, they have to be believable as a family. In that regard, we lucked out. I couldn’t imagine working with any other actors on this project It was like a family, a real family.

This is the first horror film you’ve ever directed. Were you nervous at all going into the project or excited to explore a new genre?
Actually. I had just shot a horror movie called Blood Bound starring Eden Brolin (daughter of Josh and star of Beyond on Freeform). I had to stop post-production on that to shoot Dementia 13. So I felt like I had my head on in that area. But to me, I don’t look at it as horror or drama. It all has to have a story arc and fleshed out characters, whatever genre it is.

What was your favorite part of directing Dementia 13?
My two favorite parts of every film I’ve worked on, are rehearsals and editing. You really get to see things spring up out of nowhere. That to me is when things start to move to the next level. I always say that editing is like Christmas every day. You actually get to see the movie take shape right before your eyes.

In your opinion, what makes a horror film truly scary?
Character development. When I watch The Exorcist, it's not the little girl vomiting that gets under my skin. It's the mom yelling at the doctors I that thing up there· is not my daughter!" Ellen Burstyn's performance creates a real-life take on the "What if..“ factor. That to me is important in any movie. Once you care about a character you’ll go for the ride with them...even if scares the hell out of you.

If you had an unlimited budget and resources, what would be your dream project?
If I had an unlimited budget and resources I would want to do something along the lines of Dunkirk. I don’t really have a story like that, but I felt like I was watching something so amazing in the theater that I could only aspire to that level of skill as a director. I'm sure that is a long ways off.

What’s next for you in terms of film?
I have several scripts that I'm developing. Next up is a film called Dark Hollow, which I wrote. I also just finished a horror movie as I mentioned, called Blood Bound which will be out next year.

Dementia 13 begins showing in theaters on October 6th
and will be released on VOD and Digital HD on October 10th.