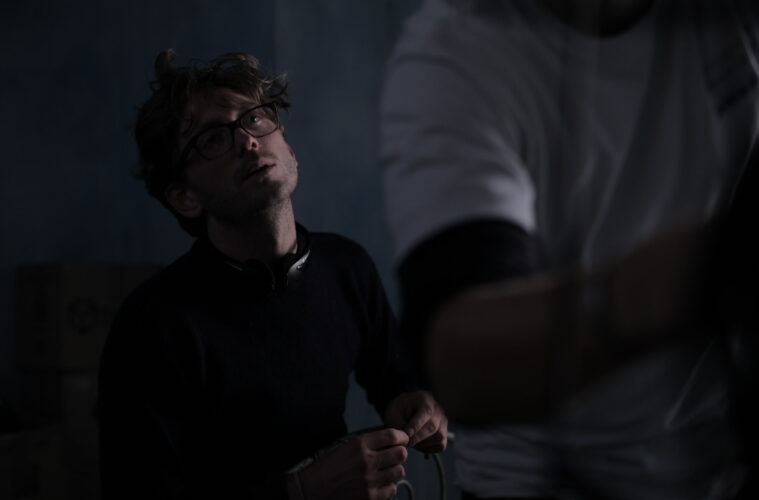 Departure is a genre-blending story about a family. The mother, lonely and frustrated, is slowly coming to terms with having to sell off the vacation home. Her anger is unpredictable, and it begins to override her better judgment, causing problems for her son. Her son, Elliot, is an early teenaged boy working out the details of his own sexuality. He meets a boy from town and begins to develop feelings for him. In combination with his excited and involved mother, he is carrying a weight that seems to push him down. He understands something that he doesn’t yet know, and must work out this intuition. The father comes in during the back end of the film, presenting a cold demeanor and filling in some blanks. With its chain reaction of character interactions and limited scope, this tightly focused story wears many hats.

How did you get into filmmaking?
I started out as an actor actually and then began to direct for theatre and opera. It was through a chance encounter with a cinematographer that I started to make films. It was a move I knew I wanted to make but I hadn’t expected it quite so soon. My first four short films were my film school – and the cinematographer I met, Brian Fawcett shot them all and then this my first feature, Departure.

Could you talk about some of the challenges that came about during your first feature film? How will you hope to use the experience in the future?
Gosh, where to start. I think on the last day of shooting I said to myself that I was now ready to start shooting! I had prepared very hard to be ready for the shoot and that period was a dream in many ways – all of us in this village, working very well together. I feel that in hindsight I will work to be a more brutal editor, particularly at the script stage. But I will also have my eye on certain elements that I think it is worth including in the shooting schedule that would give me a degree more flexibility of tone when it comes to the cutting of the film.

You’ve said this is a personal film, can you elaborate on this?
Well, it is an attempt to explore how I felt about a certain moment in my adolescence when I was struck by the quiet epiphany that my parents were unhappy. Really it was a realization that they were complex and that adulthood was a flawed paradise. It occurred when I was on holiday in the South of France, not far from where we actually shot the film as it happens. But we didn’t have a second house of anything like that – so in many ways, the events of the film are invented. I gather from various old friends that Elliot sounds uncannily like I did when I was that age. It is a great relief they are still my friends. I wanted to present an Elliot who was complex and not just a cipher for a coming-of-age narrative in which he is the typical “everyman”. This means that he is often quite unlikeable but for me, he is very real and human and full of the precociousness of youth. I think some people recognize themselves in that emergent personality.

How did you and Alex Lawther get involved together and do you have plans to work with him again?
I’d love to work with Alex again! He’s an absolute dream to collaborate with. He reads everything I write now whether there is a role for him or not. I first saw him when he was seventeen acting in the West End in a play by David Hare called South Downs. I had him in my mind for Elliot ever since but it wasn’t until a few later that we met again and he read for the part.

What was it like working with two inexperienced actors alongside two seasoned actors?
Harmonious actually. Everyone was very generous and respectful. Juliet and Alex connected immediately and that really comes across I think – they are both interested in “the space in between” rather than what either one of the is doing, they are focused on allowing the energy to build between them. One of the great thing about working with actors is how different they all are.

The film seems to be a blend of romance, coming-of-age, and drama. Did you have any specific films you pulled inspiration from?
So many but a couple of films that I also gave Alex to watch were Ivul by Andrew Kotting and Le Souffle by Damien Odoul.

Now that the film is completed and being circulated, would you change anything about it?
Don’t ask that!

Criterion or Masters of Cinema?
Both.

If you had an unlimited budget, what film would you make?
A trilogy I am developing that spans 2000 years.

Lastly, what’s next for you?
I’m working on a screenplay concerned with music and family and a medical condition…

Departure is out in cinemas now