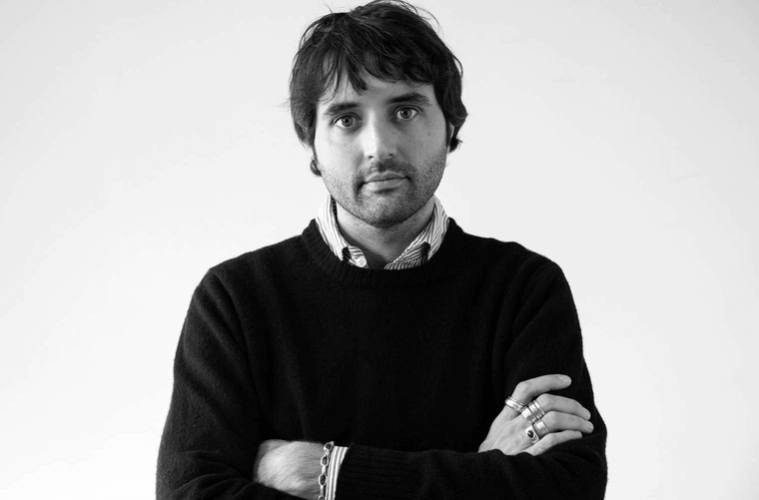 Andrew Neel is an American director, producer, and co-founder of Brooklyn-based film production company See Think Films. With a handful of award-winning documentaries under his belt, Andrew's second narrative film, Goat, will be hitting theaters this week with a bang. Following two brothers who enlist in a college fraternity together, the film shows the dark and brutal nature of hazing in the name of "brotherhood." Andrew took some time to open up about directing, filming such tense scenes, and what inspires him to tell stories on film.

What makes you unique as a filmmaker?

I guess I feel a bit awkward answering that question. I really think that is for others to say. I hope the films are interesting because they have all the gritty inconsistencies that make life idiosyncratic and for that reason visceral.

Why is writing and directing a necessity in your own life?

I have a desire to translate and interpret the world as I see it and share it with people. I like collaborating with people to create something. It’s really exhilarating.

You’ve directed three documentaries of fairly varied subjects and your two fiction narratives, King Kelly and Goat, aren’t what anyone would consider similar in very many ways. What attracts you to a story or subject, and what about them makes it a necessity that you share them?

Darkon, New World Order, and Goat are all very related. They are about, what I call ‘Neo-Tribalism’: the way that people organize themselves into groups or communities in order to find meaning in the modern world. Darkon and King Kelly are related as well because they are about people living in constructed realities. These are topics that interest me very much. But in the end, I am attracted to an idea, a concept I want to explore, and the story serves that investigation. I don’t think my body of work will ever be driven towards one simple concept or one repeating motif. I think there will be a host of concepts that I return to. As a whole, for me, the movies are cohesive in their visceral nature. I hope people are confronted by ideas and experiences in my films and leave asking questions.

How do you approach a narrative such as Goat versus a documentary? What are the differences?

There are the obvious differences between fiction filmmaking and documentary filmmaking. Basically, they are the inverse of one another. With a fiction film, you make the story with the script and then go out and try to realize that story. In docs, you shoot the material and then try to mold it into the story (the editing process is almost like writing the script). But often I find the experience of being on set with actors and being out in the field with subjects to be very similar. On set, you are trying to capture a performance. In the field (on a doc shoot) you are trying to capture a real moment. In both scenarios, you are in a creative relationship with the people you are recording. These interactive moments you have with people feels very similar to me. In Goat obviously, for many more superficial reasons, the hazing scenes felt very much like we were shooting documentary material because we were off book much of the time and I let the actors go nuts.

Where did Goat stem from? Is this story based in reality or more a moral or cautionary tale?

It’s based on a best-selling memoir of the same name written by Brad Land. So that’s where it came from. Yes, I think it’s a cautionary tale.

What’s the energy and environment on set when shooting the more violent and tense scenes?

It’s violent and tense. It’s hard to put a crew through that. Of course, it’s hardest on the actors. You are re-enacting really brutal stuff and if you want it to translate well on the screen you need to let it be exactly that on set, brutal.

How did you go about casting this film? When did you know you had the ensemble needed to pull it off?

I cast the film with my casting director Susan Shopmaker. She’s excellent and I trust her opinions a lot, so she’s a big part of the casting process. We cast Ben first, then Nick. I felt great about those guys. Once we cast the whole thing I knew I had a lot of great actors to work with but one never knows if they will be able to pull it off because indie films are so under budgeted you are always taking a risk! Most every indie film is like fighting a battle where you are outnumbered 5 to 1.

What was the biggest challenge you had to overcome during this production and how did you do so?

We didn’t have enough time, so I had to work very fast. One day we did over 12 pages. I used zoom lenses and hand held camera to speed up the time it took to change setups for coverage.

What’s going to be most appealing about your film to audiences? What might push them away?

I think people will be interested in following Brad’s story and meditating on what it’s like to be a man. I think the hazing scenes will be hard for people to take but I think that’s the point.

What do audiences want? And is it the filmmaker’s role to worry about that?

Different audiences want different things. I think filmmakers have to strike a balance between putting what they want on screen and making sure it’s translating to the audience they intend to see their film.

What’s your most cherished memory from this film’s production?

Shooting the last scene of the production. It’s the scene early in the film when Brad comes stumbling up to the house covered in blood. It was the last scene we shot and we were all very tired. We had a very small crew and it was a cool summer night. There were fireflies everywhere and when we finished shooting we all sat on the tailgate of my car and drank a beer.

I don’t know. I wonder that sometimes myself!

I’m working on a pilot for FX based on my previous film King Kelly. I’m writing a script called Zola for (James) Franco to direct, and I’m putting together a remake of my documentary called Darkon.

Goat is now showing in American cinemas starting this September 23rd and now available to purchase on iTunes.