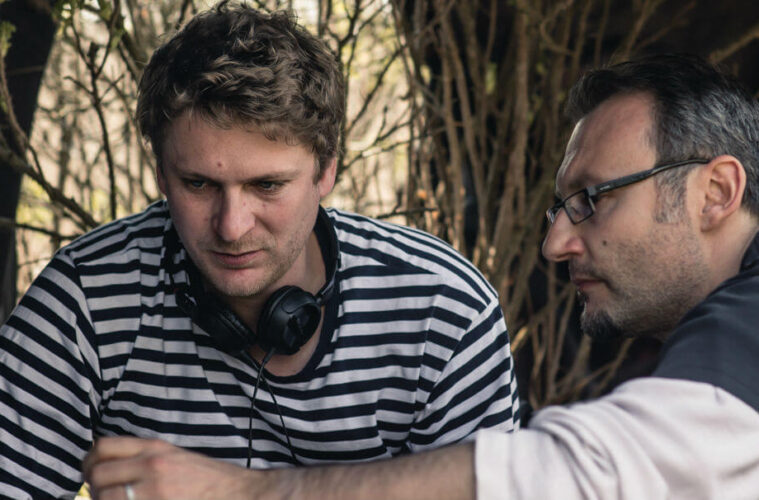 I, Olga Hepnarova is the first feature film from Co-director/writer Tomás Weinreb and Petr Kazda who bring to life the tragic true story of a young, lonely lesbian outsider who in the summer of 1973 drove a rented truck into a group of elder individuals, ultimately killing 8 of them. This true crime drama from the Czech Republic is a beautifully composed and honest portrayal of bullying, revenge, and the struggle and need to connect with others and be accepted.

With its limited theatrical opening this Friday, March 24th in New York and wider national release to follow, Tomas Weinreb answered a few questions about the importance of this story in the modern day and what he hopes audiences will take away.

What was the deciding factor in presenting the film in B&W versus color?
We felt it was important from the very beginning in portraying Olga Hepnarova's story. The palette of shadows and mid-tones, using Panavision primo lenses, created a soft picture and simplicity that were important to the telling of the film.

What originally struck you about Olga's story and actions that made you want to bring it to film?
We were shocked. The existential meaning in her story is very strong.

How do fiction narratives differ from documentaries and how did you approach this true story with that in mind?
Fiction narratives can be as true as Documentaries. Our script and direction followed what we knew and read in documents and all our research about Olga Hepnarova's story. It was also our intention to leave some aspects open.

At the end of the day, what would you say is the director's ultimate job overall?
The director is responsible for the film overall. But you work with so many other people, it is a slightly schizophrenic situation and you have to relinquish control in some areas.

What was the most important aspect for you to get across in the telling of this story?
We always tried to be and yet not be with Olga Hepnarová. We tried to find a balance, both in terms of our perspective and the facts we knew. There was a lot we didn't know about Olga, it's impossible to know everything. For us, her crime will always have the subtext of something irrational. We definitely didn't want simply to tell the factual story of Olga Hepnarová. Most of the things in the film we put there deliberately. The narrative structure as a whole, for example.

What do you hope audiences take away from your film?
Olga Hepnarova was still a human being, although she was a murderer. Many tragedies come from misunderstanding, but also some of them are so difficult to solve because people are people and evil is still part of our life. The question is what is evil, and what is nature of it?

How do you feel this story is relevant today, more than 4 decades later?
If you pitch or develop film you are pushing to be contemporary in some way, even if the film is set in the 1970's. Our story is not connected to religious or political issues. The overall theme of isolation and loneliness and the aggression and suffering they bring up are still universal today.

If you had infinite resources and budget, what is a fantasy project you would like to tackle
Infinite resources and budget in a film? It doesn't exist. But if we are starting to prepare the film, especially writing the script, we always say we do not care about the budget initially. If some idea or some scene is inspiring, our first thought is not how expensive it will be.

What's next for you?
We are shooting a story about a 29-year-old military woman who falls in love with a strange and intriguing man...

I, Olga Hepnarová will be released theatrically in New York at Village East on March 24,
with a wider national release to follow.