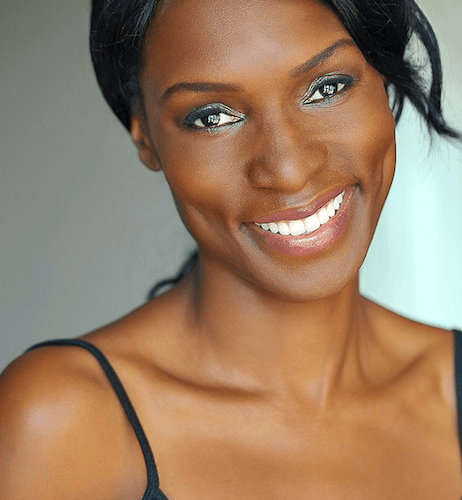 I recently got a chance to speak with Rayna about the film and ask some questions. With a film which deals with subject matter like this, it's always interesting to hear the creator’s outlook on the themes presented.

On a fundamental level, what would you describe your film being about?

I would say several things; the impact your upbringing has on who you are and who you become, the fact that we all need an identity or a sense of belonging and also the choices we make when we're under pressure with limited resources and how those choices can impact our lives.

Family and loyalty are very important themes in the film, what do you think the film says about these themes?

Family is the backbone of society; it shapes our identity and impacts our relationships with self and with others. We either aspire to be like our parents or work hard not to be like them, either way, it plays an important role in who we become. Loyalty is often born out of the need for self-preservation in one way or the other.

Many people will not need to experience what many of the characters do. How do you think ‘Lapse of Honour’ will affect these people?

It has had a profound effect on people from all walks of life; they mainly empathise with the two main characters goal of trying to improve their standard of living with limited opportunities. They often feel a lot of compassion and empathy towards the main characters, anger towards the families and sometimes hopelessness at the circumstances presented.

For those who have been affected by the themes in Lapse of Honour, how do you think they will experience it?

Possibly by reminding them of similar occurrences in their lives. The film can often make one feel emotionally exhausted.

What real life experiences shaped the production and creation of the film?

The characters are based on an amalgamation of people I knew or met when I was growing up in Manchester. I really wanted to get across that sometimes the bad guys are just victims of their own circumstances.

Every filmmaker’s journey is different, what is yours?

I trained as an actress and after a slow start there started writing in order to create scripts that I could perform myself. My writing really took off and I was presented with lots of great opportunities so that encouraged me to keep it up. I wrote Lapse of Honour initially intending for someone else to produce and direct it. It was optioned with a few independent producers who for one reason or the other couldn't get it made. I met a producer called Tara Cooke who was working in the North West at the time under the film council and she encouraged me to direct the film myself. I bought a DVD course called 2-day Film School by Dove Simmons and that gave me the confidence to go ahead and produce and direct the film. Whenever I got an acting job I would just watch the director closely and take notes.

How was it working with the two leads?

Amazing. Lady Leshurr was touring at the same time and would sometimes arrive on set straight from gigging the previous night. Both she and Tom Collins have these incredible photographic memories so they could literally look at the page and know every single line, word perfect and just throw themselves into character.

What hurdles did you have during production and how were they overcome?

I didn't have as much money as I would have liked so I had to constantly think outside the box. We couldn't afford a catering company so I had my family on a cooking rota (my father and auntie are both professional cooks) so they would create these amazing meals for the cast and crew, they were so nice some cast would even come to set on their days off for lunch. Being in Manchester the weather was very tricky at times; we had to exercise real patience. We would book extras and then they wouldn't show up for really big scenes, Lady Leshurr would send out a tweet and suddenly we'd be inundated with her fans who wanted to be in the film and meet her. Our production base was a rented house in Manchester; it served as the makeup, costume department, actors green room, art department, kitchen, production office, a few locations and even a bed and breakfast on occasion!

Given an unlimited budget and unlimited resources, what film would you make?

I'd make all the films I currently have in development with an offer like that haha, or a high-octane action movie in the vein of The Bourne movies.

I'm currently working with a couple of independent producers to get a couple of scripts I've written into development, one is another drama and the other is a thriller.