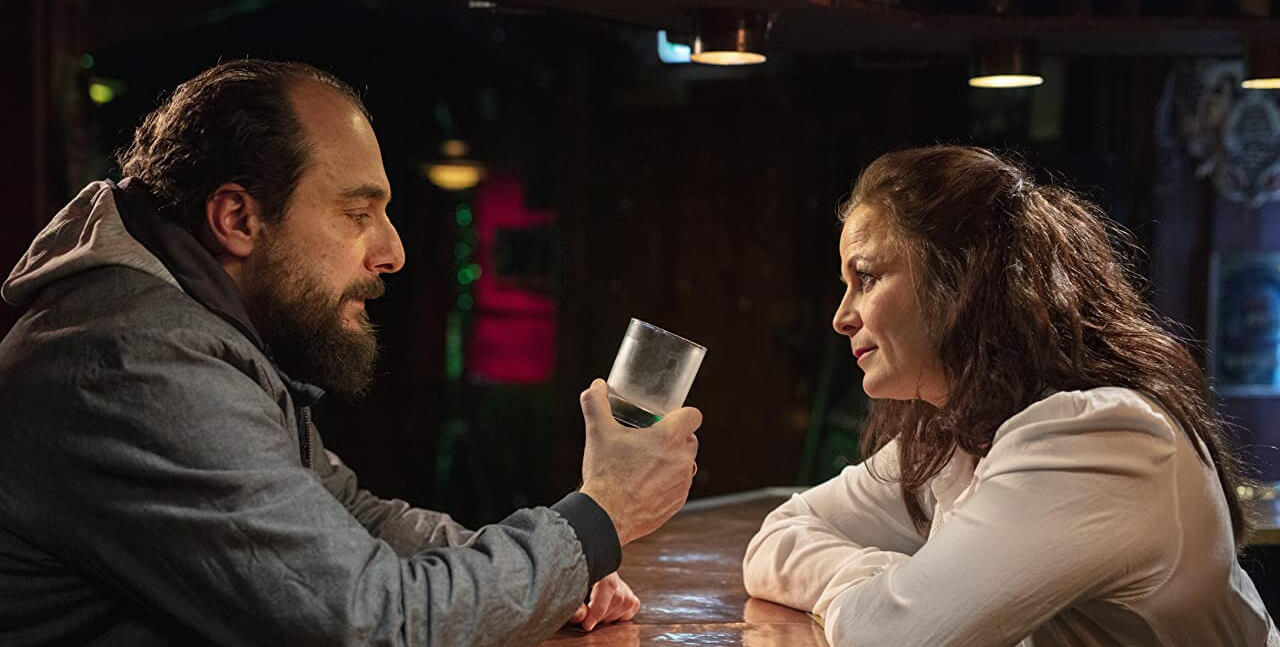 On My Mind is the 2021 short drama film that follows Henrik, a man desperately wanting to sing a karaoke song for his wife.

Find tickets for On My Mind in a cinema near you

1. Can you tell us about the driving force behind On My Mind?

"On My Mind” originates from a personal experience: In 2001, I lost my daughter, who suffered from a severe type of Spinal Muscular Atrophy (SMA type1). At a period in our life with her, the summer of 2000, the situation looked very grim. She was in the hospital, and the doctors were preparing us that we were heading for saying goodbye. The day before we were to have that very serious talk with the doctors, I just knew I had to get some sleep during the night, something that I had practically not been able to do the weeks up to that point. So I went out of the hospital and headed to the nearest bar to get a double whiskey — no ice, hoping that the drink could help me fall asleep at night. In the bar, which felt like something taken out of an old western, only two other customers were present. These guys were chatting away being in their everyday life, while I was sitting there a couple of feet away, in another mood and world completely. That feeling stuck with me — like you can be so close in proximity, but still be worlds apart. Cause you never know what your fellow man is going through.

So when last year everything was closed down due to COVID, the thought struck me “All the bars are closed. It is the perfect time to shoot a film in a bar.” That made that old memory pop back up in the back of my head. And I remembered, that even though this period of my life was filled with sorrow — it was also a period of extreme intensity, happiness, and sense of purpose. So I wanted to try to communicate that dynamics — that there’s a lightness, a feeling of hope when you dare to embrace your sorrow.

2. On My Mind includes a poetic and poignant line from the protagonist, Henrik: "A human breathed here. And now it's gone. Imprint of the soul. " What was your screenwriting/directing process like for On My Mind?

It was a very intense process: I started writing the script 5 weeks before shooting, knowing that we had a deadline the first week of March, as the covid-restrictions were planned on being canceled at that point. (It didn’t happen though, the restrictions went on for several weeks thereafter). But with that short deadline, I got the actors on board pretty quickly, I think already when I had written the second or third draft. We then had readings on zoom of the script several times, which gave me the opportunity to work on the script and dialogue in a somewhat organic process — hearing the lines being said by the same people who were to personify the characters in the film. This was a very rewarding process.

The idea with the dew symbolizing the soul, and the line of dialogue it gave birth to, came from a wish to in a way infuse the presence of his wife, or if you may — her soul, throughout the film. That breath of soul represents the life they’ve shared. And Rasmus Hammerich who plays the protagonist and I talked about that specific line of dialogue being something his wife had said at one point, something he had never really understood or paid attention to — but now suddenly it makes sense to him. Now the fleeting quality of human life strikes him.

3. What was it like working with Cinematographer Ian Hansen for On My Mind?

Ian and I went to Filmschool together, so this is not the first time we’ve collaborated. In this film, we talked about that initial feeling I had of going into that bar like an old Western. And there was this almost Finnish feeling in the main character who is a silent guy who prefers not to display emotions. So those two things combined made me reference the stylistic look of Aki Kaurismäki, who also have this Nordic Western feeling. So we went for old-fashioned brunsten lamps with hard lighting. In the film, we are in two different stylistic modes. The hospital and the bar — they are corresponding to the main character's connection with his emotional state. In the hospital, we get close to him, it's all about his emotional state and focus, the light is ambient and gentle, and the room and other characters are somewhat non-distinct. The only other character we get fragments of is Trine, his wife. But still, we wanted her to be more like a (spiritual) presence than an actual character, so we never get to see her full face. There’s still some privacy to her, something our main character has for himself.

In the bar he’s entering into the other character's world, he’s keeping his emotions to himself, and as an old western character, he does not talk much, so the filmic style is more old-fashioned and stylized with the aforementioned brunsten lighting. Throughout the film, and as the bartender gets him to open up a little more, we get closer to him in the framing of the bar shots. Ending in a close-up when he sings the song the last time, a framing that echoes the film's first shot because he at that point lets out his emotions.

4. Who and what films are your biggest filmmaking influences?

I’ve always loved the quirkiness and stylistic ingenuity of The Coen Brothers. Every film is a new experience, highly original and yet always distinct. I remember being blown away when watching “Barton Fink” the first time — this was the first time I really paid attention to sound in a film, and to a young film buff, a film about a pretentious writer with writer's block seemed quite relatable I guess.

Also the human and social sensibility of Frank Capra’s work. When I watch “It’s a wonderful life” — it totally gets me. There’s something in the purity almost naive tone that connects deep into the well of emotions inside.
Also “Sunset Boulevard” is a huge film in my filmic backbone. I love the rich writing and the wry noir-dialogue. The inner yet unreflected tragedy of the characters. I think Norma Desmonds line “I am great, it’s the pictures that got small” and Gloria Swansons swoon in her delivery is fantastic.

I love “Sideways” and I think that Alexander Payne has a great sense of characters and their somewhat troubled relations, but intertwined with a human comedic touch, and a little inner sadness in most of the characters.

The Academy Awards is a celebration of movies. Of the great achievements in this art form. For a nominee, it’s a pivotal experience in your career: Your work is being recognized and honored by your peers, colleagues, and (quite possibly your lifetime) idols, who are members of the Academy. This in itself is a celebration. Hopefully, the experience inside the theatre that night will have that same air, so the nominees and Oscar recipients will still have the full experience in the moment. But cutting them from the live broadcast, and editing them in afterward, is cutting the excitement and interest of these categories away for the movie-lovers around the world, who are watching the Academy Awards out of their love for this art form. When edited in afterward there’s no excitement for the viewers, as you probably know the results, if you are the slightest interested in films. It is already all over the interworld. As filmmakers, we know that it is much more exciting and touching to see the anticipation and joy written in a person's face and gestures at the moment it happens, than it is to read a tweet about it. So for the core audience, and here I mean the ones who really love films, I think that their viewing experience will be diminished.