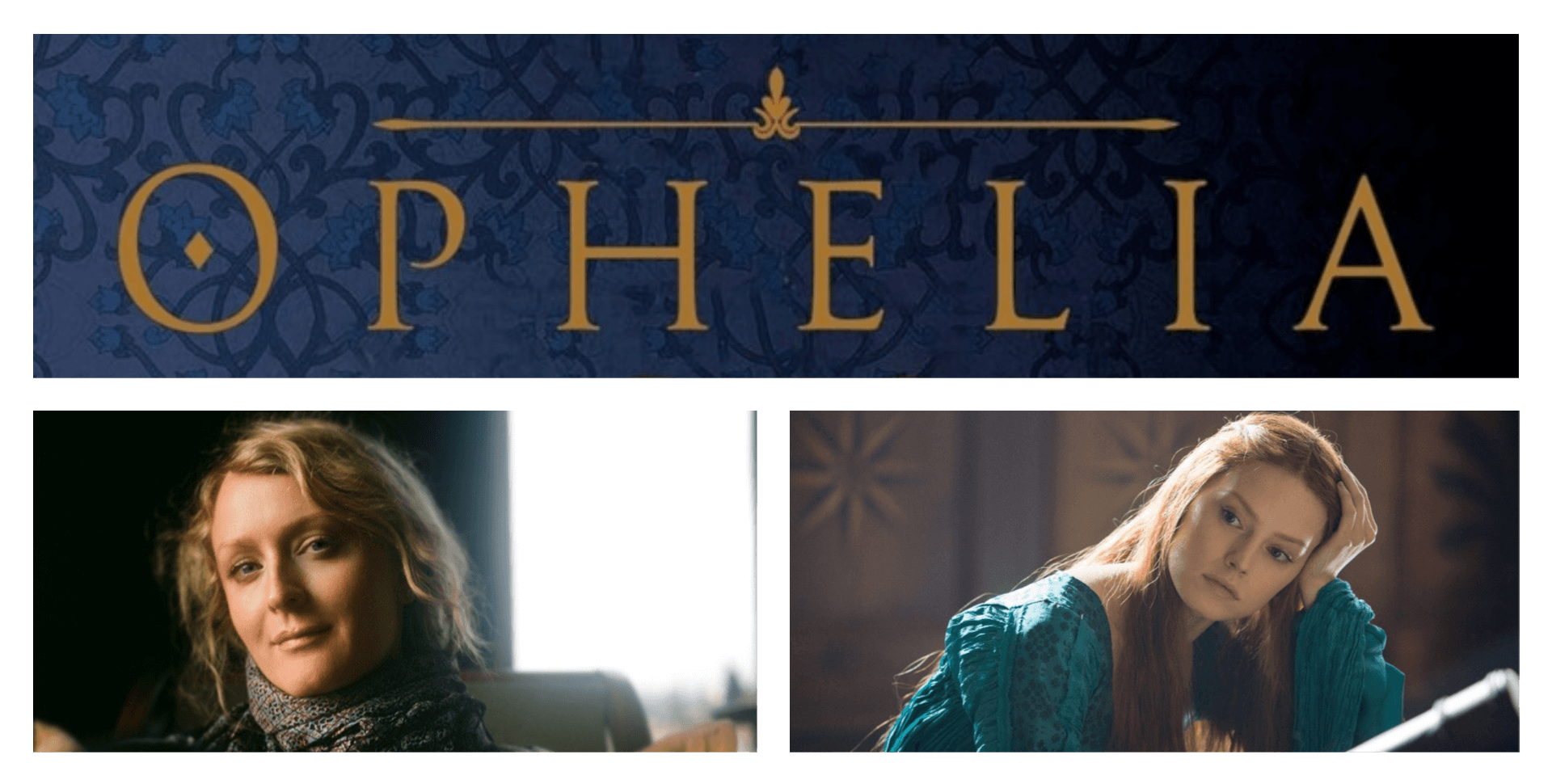 Winner of the Directors to Watch Award at the 2018 Palm Springs International Film Festival, Australian Director Claire McCarthy works an all-star cast (Daisy Ridley, Naomi Watts, Clive Owen) in Shakespeare’s “Hamlet” retold from the perspective of the titular character. Based on Lisa Klein’s novel and adapted for the screen by Semi Chellas, Ophelia is set in the 14th century and spoken in the contemporary voice. Borrowing Tape had a chance to interview Claire McCarthy on her work behind the camera directing the visually stunning feature. IFC Films releases Ophelia in theaters on Friday, June 28, and On Digital and On Demand on Wednesday, July 3, 2019.

Distinctively beautiful, Ophelia has a timeless elegance that is almost obligatory for films based on Shakespeare. Where did you choose to film the movie and how was your experience working with cinematographer Denson Baker?

Thank you! Cinematographer Denson Baker ACS NZCS, production designer Dave Warren and I always talked about Ophelia needing to be an anamorphic, big screen epic that also allowed the audience moments of tenderness, intimacy, and emotional intensity. It was so important for the audience to be intimately inside the world of this story, lead by Ophelia’s point of view. To achieve this, the world of the story and the relationships between the characters needed to be believable and naturalistically acted, and the way the camera captured these performances had to provide another layer of subtext and dramatic imperative to the storytelling as it unfolded. We wanted texture, a certain restraint in the color palette, we wanted to experience the emotions of these characters up close and personal, and at other times be like a fly on the wall.

There is a lot of fluid camera work in the film and some really intimate and intense exchanges between the characters. The intention was for atmospheric, soft lighting, predominantly backlit. The film is set during the medieval period as the world shifts into the renaissance – we wanted a textured, shadowy, velvety quality and we spent a long time exploring, discussing and honing how we would achieve this terms of aesthetic, practicalities and formal approach. Ultimately this approach meant that the only light sources in the film become daylight, moonlight, and flame. We shot a lot with actual flame, ranging from candle, oil lamp, flame torches, and flame bars. We also worked on a sound stage for several of our bigger set pieces which enabled us to work fast and be in control of the image, often bringing much of the natural light play and design details we observed from location scouts in the incredible castles in Prague into our sets, as well as the reams of influences on light and design we gleaned from classic paintings, particularly the Pre-Raphaelites and Romantics.

This was largely an on-location shoot with some studio build, and some digital augmentation (additional architectural add-ons to the castle location, sky replacement, some background enhancement). We wanted the world of the castle to feel complex, overwhelming – to feel like a citadel. But we did not want to draw attention to the VFX – ultimately we wanted the world of the castle to feel textured, real and lived in by people from many different classes. My instinct has always been that we needed to have an architecture and aesthetic that suggests the medieval period or prior, but have no imperative to be slavish to a time frame, nor to Shakespeare’s original setting of Denmark for this story to feel authentic. Shakespeare always seemed used his time and culture as a jumping off point for his stories, but never actually had traveled to Verona or Denmark. This story is at turns naturalistic and expressionistic and is driven by a cohesive visual aesthetic and intentional approach to design and cinematography.

Over and above the inevitable restrictions of time, money and resources, and add into the mix lavish costumes, abundant hair, and complex higgledy-piggledy castles into the equation, one of the biggest challenges for me has been to try to work out how to invite the audience into the world of this story, and into Ophelia’s point of view. This is a period setting, and this is a riff on arguably one of Shakespeare’s most beloved and sublime masterworks – so many things could land wrong, be misunderstood, or feel too lofty or “high-brow”. My aim has always been to set up the best circumstances for the audience to feel for these complex characters, to relate to their struggles, and to be emotionally moved. To me this is a story about humans across culture and time, dealing with jealousy, loneliness, shame, self-loathing, depression. To land these big themes and emotional states the tone was incredibly important – it was crucial not to isolate a younger audience and needed to feel like it had a contemporary touchstone. The film presses into complex family dynamics, the slippery slope of class and entitlement, the limitations and edges of freedom, relationships and power – but it can’t feel like we’re taking our vitamins. Modulating this has been a delicate stylistic and tonal balancing act in concert with my absolutely stellar cast, my wonderful triumvirate of cinematographer Denson Baker and production Designer Dave Warren, and our incredibly creative and industrious team on the ground in Prague.

In terms of process, my favorite part of directing Ophelia has been working with these wonderful actors and a brilliant creative team. It is easy to be seduced by incredible sets and fancy costumes and camera moves, particularly in a period film. So this has always about stepping back and trying to ground the approach, finding the boldest choices through the prism of the emotional experiences of the characters. That said, one of my most favorite scenes to shoot was the big showdown in the great hall with the invasion of the Norway army. All the actors were so giving and kind and this was both a balance of performance as well as really finding an epic language that communicated.

With an extraordinary cast with amazing performances by Daisy Ridley, Naomi Watts, and Clive Owen, what was the casting process to find the right people to play each role?

Yes, this cast is delightful – such an honor and joy to work with so many fantastic artists. This ensemble was achieved via countless meetings, through listening and trying to interpret the needs of the many voices and stakeholders in the film, through taking risks on the cast, and in turn, some really incredible actors taking risks both on this material, and on me. We also had the strong support of the industry – talent agents were extremely receptive to this material, and really stood behind the project. Daisy has an innate emotional strength and sense of self. She has an innate strength that really can present to an audience a contemporary view of Ophelia who can hopefully speak to young people in a dynamic relevant way. Naomi Watts is an incredible artist and collaborator and in some ways, her role was the most complex as she plays both Gertrude and Mechtild.

What films and directors have had the biggest impact on you as a filmmaker?

Oh, so many! I especially love Ingmar Bergman (in particular Persona and Through a Glass Darkly), Kieślowski's beautiful films (in particular Dekalog), Bernardo Bertolucci (in particular Il Conformista), Agnes Varda, Alain Resnais and so many of the French new wave and Italian neo-realists. There are so many incredible film makers working today who are really exploring the medium and pushing boundaries about representation, form and the function of cinema and screen language.

What's the best piece of filmmaking advice you've ever received?

Probably to learn how to make the perfect cup of tea. And from personal experience - to not isolate myself in the creative process - to not be afraid to explore vulnerability, authenticity and to quest for a bold, truthful exchange. To share my truth, embrace my femininity and to encourage others to share their truth and vulnerability also.

I’ve just finished directing all 6 episodes of The Luminaries (based on the Man Booker Prize-winning novel of the same name) for Working Title / BBC/ NBCU. This is set in the New Zealand Gold rush in the 1860s and stars Eva Green and Eve Hewson. I will be going on from this to a feature film fully financed by Amazon that I have been developing with Academy Award-winning actress Viola Davis.

Watch Ophelia via Amazon or while showing in a cinema near you.