Tell Me Sweet Something – Interview with Film Director Akin Omotoso 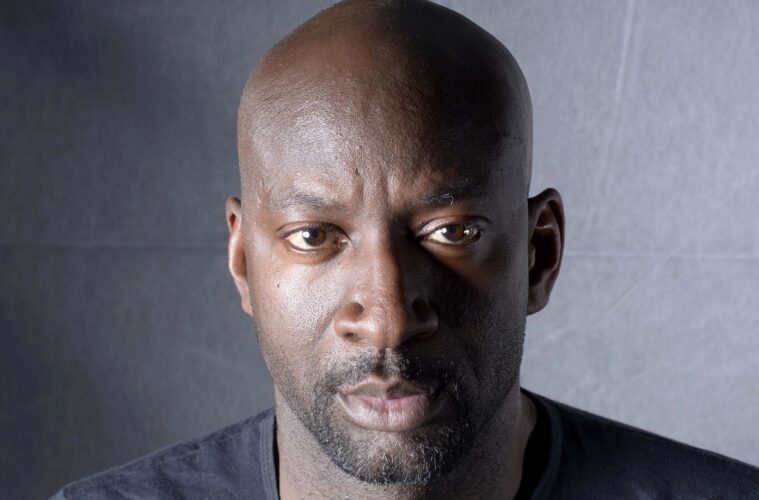 Tell Me Sweet Something follows the story of Moratiwa, a mild-mannered bookstore manager and Nat, a conflicted model. They slip by each other and move around each other and eventually come to fall in love. I was able to send some questions to director Akin Omotoso about the film and its direction. Not only did Omotoso direct the film, but he co-wrote it, fully exercising his creative control. I was keen to explore what kind of effect the setting had on the film and if Omotoso’s creative control was a result of the film being a more personal tale.

The film is full of interesting and wacky characters, how did you create them?

A lot of it was co-writer/producer Robbie Thorpe and I tapping into what we thought would be funny and hopefully entertaining. I think there are parts of our personality that are like that, the goofy side and we wanted to bring that out for the actors to enjoy playing and the audience to be entertained. Also, because there had been a workshop phase of the film prior to the final script some proposals came from the actors themselves. So it was very organic process in the creation.

What influences did your life and real world events happen in the film?

The film was initially workshopped with a group of actors before Robbie and I went away to write the script so there were elements that came from real life but mostly it’s a combination of fact and fiction. The ‘Pie Thursday’ element in the film came from real life, I come from a family of writers (my father Bankole Omotoso and my sister Yewande Omotoso) and I wanted to throw an homage to them, the fact that Moratiwa types on the typewriter are a shout out to the sounds of my father’s typewriter that we used to wake up to growing up. So little things like that. Also the love of Joburg city and an attempt to reimagine the city as a place of love.

Very influenced by Love Jones directed by Theodore Witcher. Loved how that film was so affirming. I saw it as a student and always wanted to make a film like it.

What would you like audiences to take away from the film?

We always said from the title itself. The film should be enjoyed as one would ice cream. It’s an hour and a half of pure sweetness and if it’s working lovers should pull each other closer and those without love will be inspired to find.

How did the setting add to the film?

As I mentioned earlier, we wanted to reimagine the city of Joburg as a place of love and Maboneng was one of the places that we felt had all those elements for a romantic comedy and also it spoke to the energy of the city that we wanted to portray. And again, an immense love for the city of Joburg.  We wanted to not just have the city as a backdrop but an actual character and have the characters and audiences experience the city in all forms in ways perhaps that they hadn’t imagined but also in ways that would make them want to explore Joburg city more.

How was it working with the two leads?

It was amazing. Both Nomzamo and Maps are great. It was their first film. They came with the right energy and were very giving and their chemistry was off the charts. We were all very proud to be a part of their first movie.

What was your best memory while you were in production?

Going to set every day knowing that something in the day would always make me laugh, something the actor’s would do or the situations we would be filming. It was a very affirming shoot and I loved every minute of it.

There are a lot of romance films out there, what makes this one so special?

I think the story is key. The way Moratiwa journeys to love and also finds redemption are the stuff movies are made of. And it’s unashamedly romantic and I think that brings a smile to people’s faces and that’s what we wanted and definitely, what we have seen as audiences have embraced the film.

How was it working with DP, Paul Michelson?

Given an unlimited budget and unlimited resources, what film would you make?

The Palm-Wine Drinkard by Amos Tutuola. That would be an epic film to make. Working towards it. If you haven’t read the book, do yourself a favor and buy it. It’s wild.

Just wrapped in a new film called Vaya. Vaya weaves three separate plots that intersect in a gripping and deeply moving way.  Four strangers bound for Johannesburg board the same train each with their own mission. They never meet but one event will irrevocably change their lives forever.

It is based on a project our company runs called The Homeless Writer’s Project using true stories from the streets of Johannesburg. Vaya was developed over a series of Writing Workshops that our company has run for the last seven years.