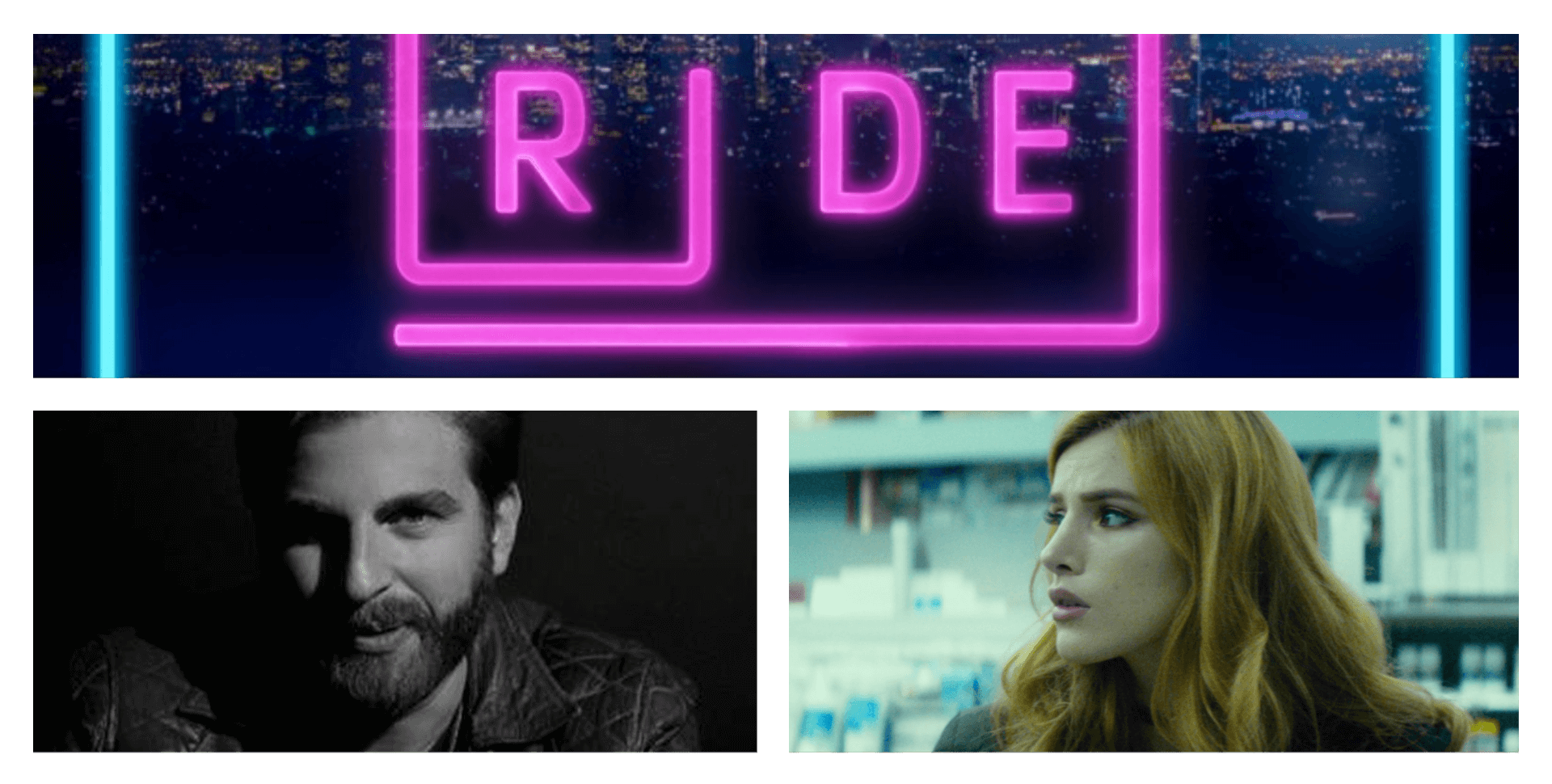 Hitching a ride with Uber or Lyft is a second thought nowadays, but with his feature debut, Jeremy Ungar argues that our obsession and unquestioning trust in technology may need to be reassessed. A stranger may just be a friend you haven't met yet, but they can also be something more sinister too. With Ride cruising into theaters and VOD, Jeremy responds to our latest texts about his inspirations and way of working.

What aspect of this production was the most important for you to absolutely nail?

The key to making a dialogue-driven movie work is the performances. My background as a director is in theater, and working with actors is among my favorite parts of the job. For the driving scenes, we shot on a process trailer (a low flatbed truck onto which we’d strap the Prius); this allowed us to use two cameras and shoot the scenes in their entirety, almost working the way I would rehearse for a play. The hope was that these long takes would build chemistry between Jessie, Will, and Bella, and create a sense of intimacy and immediacy that would bring the dialogue to life, making our audience feel like they’re inside the car.

How do you write a script? What advice do you have for those who are writing one?

After a phase of intense outlining, I wrote the first draft of Ride in two days straight, then spent the better part of a year refining it. The key into the movie that allowed me to get that first draft out so quickly was that I found myself surprised by the dialogue I wrote for one character: Bruno. Then I probably became a little addicted to writing it.

It’s funny giving advice to fellow screenwriters because I feel that I’m still always asking my own friends, colleagues, and mentors for advice. But here’s mine: drama is about the anatomy of a moment, and the more clearly we can understand moments on an elemental, beat-to-beat level, the better we’ll become as writers. For me, the way to hone our skills begins with reading and watching. Reading great authors, watching great films, but also watching moments as they unfold in the world. I love to eat breakfast alone at a diner in my neighborhood because every weekend there’s the chance to see the breadth of human drama play out at the surrounding tables: maybe two friends will obsess over relationship troubles, maybe a homeless guy will take the first bite of a burger he’s saved up for two days to afford, maybe a father and his adult son will sit in silence on their phones until it’s time to argue over who pays the bill, but whatever happens, we, as writers, get to observe these incredible moments that seem totally quotidian to everyone else, and we have the opportunity to try to understand what caused the action we’re seeing, and why it prompts the next reaction: that’s what I mean by the anatomy of a moment.

What message are you hoping to get across with this film?

I believe a good thriller is a warning. Ride is a warning aimed at a technology-obsessed society. I think every millennial (present company included) on some level knows that their relationship with technology - probably their phone - is hurting them, but we’re all having too much fun to care. I believe our favorite apps control us in ways that are often unintended and always hard to see. I wanted to show the Ryde app taking control of what the characters do, and how that makes them susceptible to being manipulated by other forces - in our case: the character of Bruno.

What inspired you most for this particular story/production?

For my first feature, I knew I wanted to use older techniques to tell a uniquely contemporary story. I wrote Ride one year after I started taking Ubers, and I was shocked by how the seemingly insane idea of getting into a stranger’s car on the side of the road had become so commonplace in my life. I’d also had a ton of amazing conversations with my drivers, and felt that the unique interactions that happen in Ubers and Lyfts were worth exploring in drama. At the same time, one of my favorite movies as a kid was Strangers on a Train (it was a key reference down to the character name Bruno). So I think my initial thought was: could I write a Hitchcock movie in an uber?

What lessons learned during this production will you be sure to bring to your next?

My earliest jobs in film were as a Production Assistant, so I had a huge amount of reverence for my crew, and before we started, I worried about earning and keeping their respect. I got very lucky with an incredible group of people who always had my back, but in making the film, I found that there are two keys to a strong relationship between a director and the crew: 1) being kind whenever possible and 2) knowing what you want.
The latter leads me to the second lesson I learned, which is: there’s a huge difference between knowing what you want, and always knowing the answer to a question. Something that served me well during Ride, that I hope to implement on every film I make, is never being afraid of asking for time to figure something out, or confidently saying “I don’t know” rather than making an answer up on the spot.

There’s a beautiful play called Someone Who’ll Watch Over Me about hostages in the early 1990s in Lebanon. It’s also only three characters and also set in one location. The dialogue (written by the great Irish playwright Frank McGuinness) is brutal, and funny, and profoundly human. I directed it as my thesis in Drama School. Every year it becomes increasingly and hauntingly relevant. And every year I want more and more to direct it as a film.

Watch Ride on Amazon or iTunes