Rise of a Star has been shortlisted for Best Live Action Short for the 2018 Oscars. 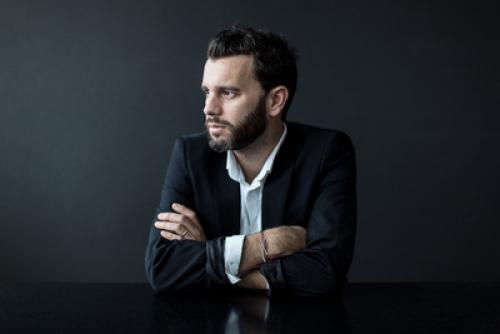 Rise of a Star

My father was a painter and all my life I studied art, all the arts. Since 10 years I’m a fashion photographer and director for advertising, this is a wonderful job but today, I really feel that I need to return to my roots. I want to tell meaningful stories about important and powerful subjects. That the reason I want to make movies today.

The film talks about a woman who has to fight not to sacrifice any part of her. The three main characters are women. There is to many heroes and not enough strong and powerful heroines. I have a four-year-old daughter and I what I want to do is to talk about women who will inspire my daughter and all women.

It’s my first film, I have so many things to learn, so I received a thousand bits of advice from a thousand people. I heard all of them, but then, I followed my sensibility and my intuition.

4. As a director, what's the most important thing you can do to properly bring a film to fruition?

The first thing is working with a good team that trusts in you because alone, you go nowhere. The second one is to have a strong and personal vision of the subject and to never stop fighting for it.

5.  With a story like this, do you cast for an already written script or write around a set cast?

We drew inspiration from my life with my wife Dorothée (the main character) to write this film. That’s why the movie was written with and for her. She was the only one to embody this character. Then we thought  Catherine Deneuve, because, even if she doesn't like when I say that, but she is an iconic woman and a symbol of liberty and feminism. She’s one of the most inspiring women in the world. She was perfect to be the Director of the Opera who will help. It was a great chance to tell this story with three women I admire. Catherine Deneuve, Dorothee et Antonia. I wanted to create a transgenerational bond between these 3 women to deliver a message of hope. Concerning Pierre Deladonchamps, I wanted him to be the only one man in the cast, his energy and complexity were a great source of inspiration to create this dark character.
For my first film, it was a dream to work with this amazing and inspiring team.