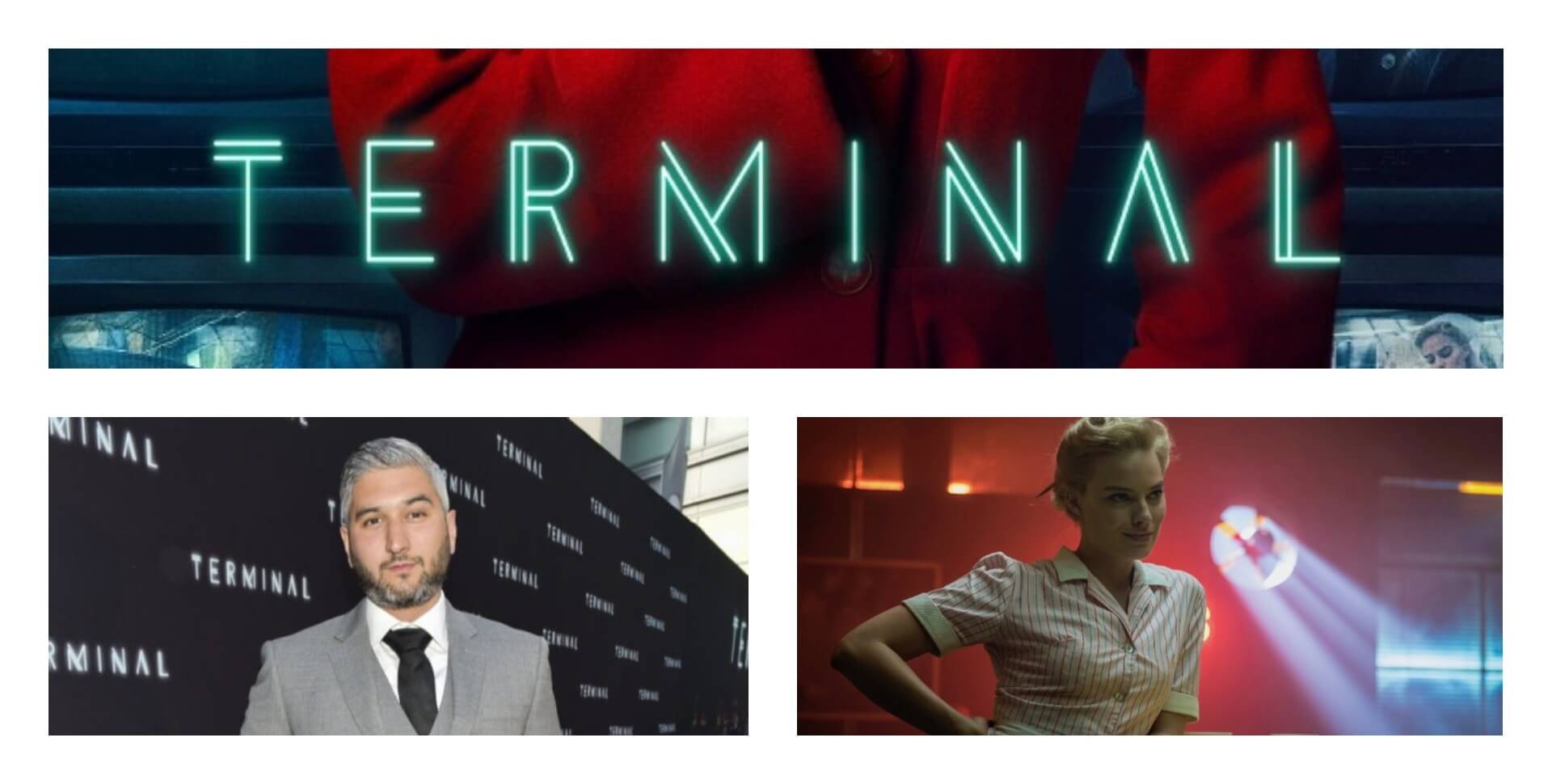 With his feature debut writer/director, Vaughn Stein utilizes a talented cast (including the likes of Margot Robbie, Simon Pegg, and Mike Myers) to wrap together dark tales of mysterious characters whose lives intersect in an equally dark and mysterious city. Sinister assassins, a dying teacher, and a strange waitress and an all-night diner converge in this crime drama thriller in theaters and On Demand / Digital HD on May 11th.

With your many credits as an assistant director, what were you able to take from those experiences that helped you most directing Terminal?

The practicalities of filmmaking are as important as the creative side. Making your days, respecting the schedule and budget, preparing carefully and being an AD taught me so much about how to get the very most possible out of your days. However, one must leave as much space as possible for the creative brilliance and flashes of inspiration that bubble up on the day, because it is these moments of genius from the cast and crew that make all the difference.  I have had the great fortune to work with some incredible writers, directors and actors and common themes amongst all of them was clear communication of their ideas and vision, the ability to really listen to those around them, infinite patience, and smiling and sharing a laugh when the going gets tough.

What's the biggest surprise going from writing a script to directing it?

That everyone’s ideas on set are better than your own, and the most incredible part of directing is collaborating with the infinitely more talented people on the cast and crew around you, cherry-picking the ideas that best fit into your vision of the film, and then passing them off as your own.

I had always wanted to distill three passions of mine into one (hopefully) unique film; film noir, dystopian literature/cinema and the aesthetics of the graphic novel. Within this vast, neon-lit anonymous city, I wanted to tell an interweaving, a labyrinthine story full of twists and turns, where dark and dangerous characters prey upon one another with smiles on their faces and murder in their eyes. Terminal was the end result.

Now that the film is said and done, what advice do you wish you could give your pre-production self?

Be clear, be confident, be patient, make your days, complete your scenes, never move on when it isn’t right but have the presence of mind to know that time will be lost somewhere else, listen to your cast and crew, and for the love of G-d, make sure you shoot your inserts and your cutaways because you’re going to need them.

How do you know if you've succeeded as a director? As a storyteller?

For me, I just want the audience to be utterly drawn into and immersed in the world of Terminal and to just have a great time with this movie. It was a labor of love and passion for so many people who poured their creative heart and souls into this film, and I want them to feel as proud of it as I am. For better or for worse, I set out to create something truly unique and different and if people are talking about Terminal and reacting to it, I feel I will have succeeded as a storyteller.

I would love to make a truly epic and expansive no-holds-barred film about the history of rock and roll and I would also love to make a huge and sprawling Western told from a unique standpoint. I have giant and utterly unachievable scripts for these movies and one day I would love to tackle them.

I am currently adapting an astonishing Graphic Novel called ‘Smoke Town’, a crime thriller set in a fictitious Rustbelt town and writing a script about the music industry in the nineties and noughties, told from the perspective of a manufactured boy band. Aside from that, I would like to eat and sleep some more than I have over the last two years and spoil my supportive, patient and utterly incredible wife.

Watch Terminal on iTunes or Amazon