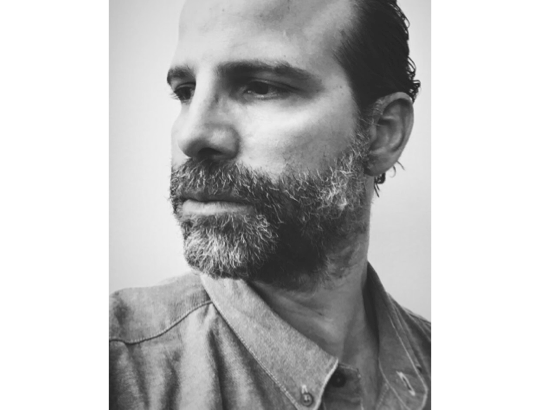 The year was 1984, and 17-year-old Derek Oatis was in over his head. A look at him and you’d think he was a rowing champion, or a mathlete, or maybe just another privileged rich kid bound for an Ivy League college. In reality, Oatis was a junior Pablo Escobar, trafficking drugs from South America and selling cocaine to his fellow students in New England.

In The Preppie Connection, writer/director Joseph Castelo tackles this little known true-life tale of boarding school elites involved with high-stakes drug smuggling. Castelo, who also attended a New England prep school, delivers a finely-tuned film. Not only is it a compelling thriller, but it also serves as a cautionary tale about yearning for acceptance and the pitfalls of conformity.

What attracted you to this story?

I attended boarding school in 1984 and I’d heard about the scandal from other students. Later on, I'd met students who were waiting on the shipment from South America and it was then that I realized how big of a scandal it actually was. The story was sort of covered up and forgotten but I never lost interest.

Was research extensive and were you able to meet with any of the actual players involved?

Yes, all of the characters were based on real people but all of the names were changed and some of their storylines were compressed for dramatic purposes. I met with the real person, Derek Oatis but the actors only watched interviews with Derek after his arrest. I spent a lot of time just talking with him and also reading court transcripts and character letters that were written to the judge who presided over his case. Thomas Mann and I spent a lot of time talking about Derek before we started shooting but so much of it was relating our own experiences in high school to what Derek went through and we found so much in common with him. Feelings of isolation, wanting to belong, to be loved; that’s all anyone wants anyway.

The story could be seen as a classic “boy-meets-girl” tale - would you say that was a foundation you kept in mind?

Yes, and it's always been a fascinating aspect of teenage narrative; that the love for another could motivate almost any action no matter how extreme. From Romeo and Juliet to Sixteen Candles the impulse is that powerful for teenagers. In Preppie, Toby's passion for Alex is potent and it propels much of the narrative of the story. So when I cast Alex I thought it essential that among her other qualities that she have a face that "...could launch a thousand ships"; Lucy Fry was the perfect choice. Toby and Ellis are dueling not only for her attention but who they see themselves as through Alex's eyes. Each character's place of primacy at Sage Hall has so much to do with their identity crisis.  And like a true tragic hero in the culminating moment when Toby could have dumped the cocaine and started over he doesn't know himself well enough to trust Alex and what might have been genuine feelings for him. That is the tragedy of the film for Thomas' character - he had the moment in his hands and he lost it.  Ellis was such a wounded character I don't think he knew how to love Alex and their's was an abusive co-dependent relationship that she was desperate to escape from.

There’s also a strong “outsider looking in” sensibility running through the film - how much of that based on personal history/feelings?

I was very much an outsider when I landed in boarding school in the 80's. I was shocked by the culture and the vast wealth of the kids who went there and I wanted to blend into their circles. Not an easy task when you don't have the pedigree.

The film often has a hazy, dream-like vibe, almost similar to Risky Business - what films/directors influence you and specifically this movie?

I love Risky Business. Thank you! Yes, for me the film was sort of an impressionistic memory. It had to feel that way. I was looking back on my youth and remembering the eighties and my time at boarding school in the way that it happened for me so Preppie had to look and feel like a layered memory. To that end, the photography was shot in a close verite' style. For me, the movie had to feel like you were looking in from Toby's perspective - looking back at the story being told through the main character's memory of it. When we share a memory from our own lives it's part of the story we tell other people about ourselves - memories are an important part of identity and Preppie is largely about identity.

The cast was superb, especially Thomas Mann and Logan Huffman. What was the casting process like?

We spent a lot of time talking and sharing stories from our lives. While shooting a film actors are the people that I share my most personal thoughts and feelings with and there has to be an earned trust between us to allow for that space. All of my cast were amazing in their auditions but what intrigued me about each of them was their level of commitment to their work. Thomas and Logan are natural talents and so much of what they do comes easy to them but they push themselves beyond their innate ability to imitate life and truly become present in their characters. And it is clear that there's so much of their own humanity in their characters.  Thomas Mann pursued this film, he wrote me letters and auditioned several times. He was so committed it was impressive.

Lucy Fry is one of the hardest working and determined people I've ever met in my life. She lights up the screen with her presence and she is so naturally gifted. She is a shapeshifter and no one was more determined to be a part of this cast than Lucy. She's become a special friend to my family and a role model for my girls. It's our honor to know her in this life.

The film did a great job using punk/new wave covers (especially the cover of The Fall’s “Totally Wired,” which seemed such a natural choice).  How important is music’s role in your creative process?

Music is so important to the film and to me as I made it. Every day I'd listen to music from the eighties before coming to set and on my home. And I'd also listen to post wave music from today that inspired me and my composer, Sam Bisbee. Sam was very inspired by the score from Midnight Express and Risky Business and the music very much informed our cutting style during the edit.

At first, it seemed like we weren't going to adapt to our new location. We couldn't find locations and we had to hire a lot of new crew and essentially start over but it all worked out. The crew members in Puerto Rico were amazing and I think the whole team managed to enjoy themselves while we were there working some very long days.

You have an infinite budget and unlimited resources, what project do you tackle?

The story of Napoleon Bonaparte.

Are you working on anything new now?

I am. The project is a thriller set in NY called "Upstate" We are in re-writes now and hope to begin casting soon.

The Preppie Connection is out now.