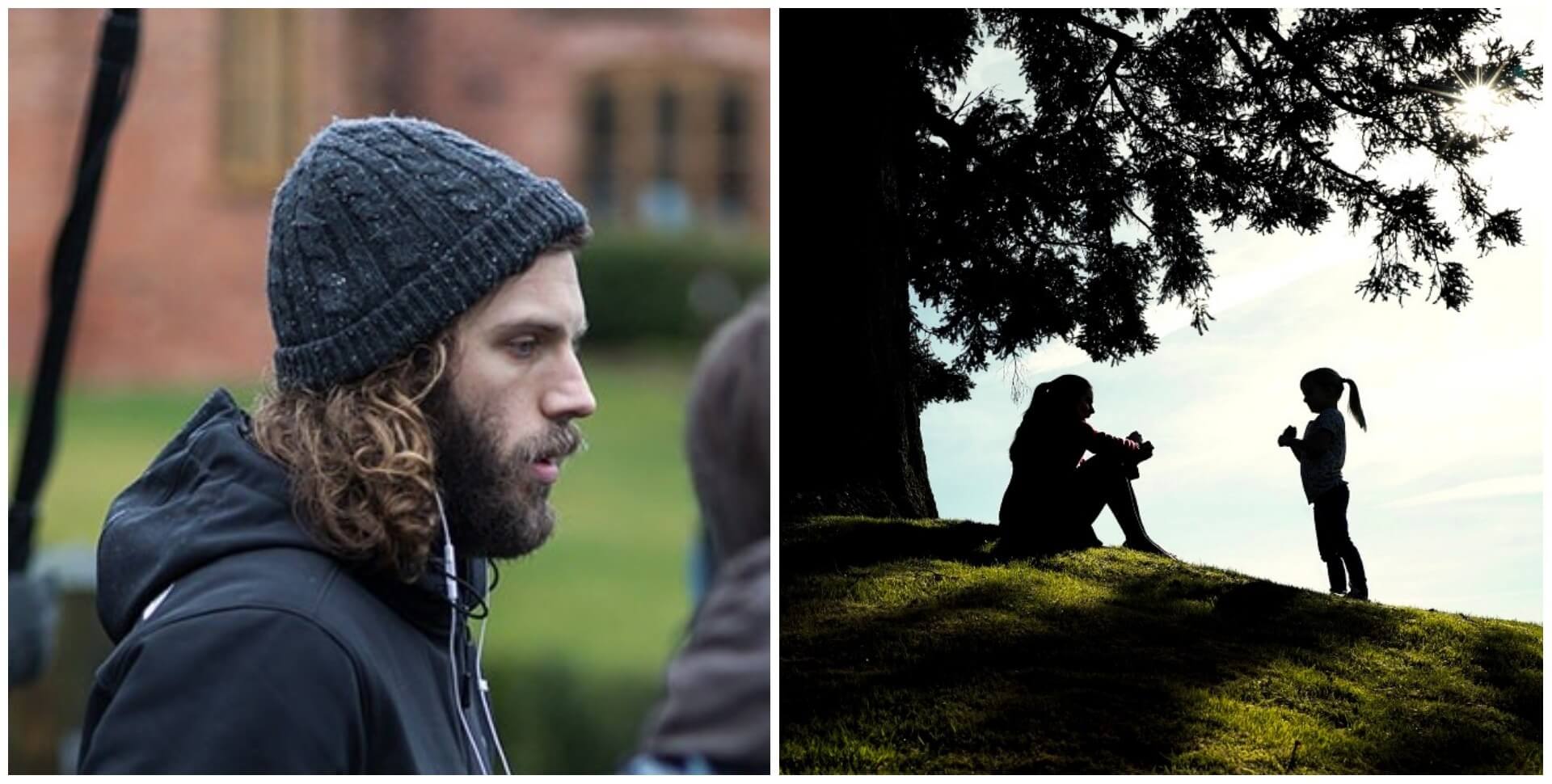 I come from a working-class background and making films was the alternative to causing trouble. As well as being an aspiring actor I started making films with my friends at aged 13 when I got a video camera for my birthday. I never looked back. There wasn’t a lot to do for kids our age where I grew up, so being creative was the best entertainment possible. Learning to edit and to show my friends in the neighborhood and my parents the finished project was so exciting. We never had a script, but I always had a shot list, and I was such a bossy child director. Some kids had to go home for dinner half way through a chase scene and I ordered them to stay otherwise the continuity would have been terrible.

The subject. It’s so rarely talked about in film. I personally don't think we see disabilities enough in film. The most amazing thing was a 65-year-old man came up to us after our world premiere in Rhode Island and said he had never even considered deafness and the problems that face deaf people. Our film is different to others as it is not only a human story, but most of the time it educates the audience in an emotive way. We put the audience in a deaf person's shoes. We have subtitles throughout the film and at first a hearing person doesn’t need them, then we introduce sign language and they later rely on those subtitles like a deaf person would in a hearing world. An example of this is with our profoundly deaf leading actress Maie Sly, who plays ‘Libby’ - she is always behind something or in a dirty frame and this is to show that her family is unintentionally putting her in an imprisoned, isolated life. We worked hard to make an audience really think what it’s like to be deaf after watching The Silent Child.

The best advice I had was; It’s not a sign of weakness to listen and take on somebody else’s idea if it’s better than yours. It’s easy to fall into the trap of thinking you should have all the answers as a director, but sometimes you don’t. There are other people in other roles that have great ideas and know better than you sometimes and that’s ok. It’s about deciding which ideas are good and which ideas are not so good and that as a director is what you have to judge.

4. What personal experiences were you able to bring to this story?

Thanks to my fiancé who the is writer and lead actress of The Silent Child, Rachel Shenton, I have been lucky enough to really experience the deaf community first hand. It was so imperative to have a deep understanding of deafness and the issues surrounding it. Rachel has been raising deaf awareness for well over a decade, so I have a lot of catching up to do but I think my new found love for the deaf community and sign language helped bring authenticity to the project. I have seen the barriers that face deaf people - after all, it is a silent disability that’s not visible so it can tricky to raise awareness for. I believe film is the best way to make a change and I believe it’s our duty to do so. Every decision throughout this long journey has had that at the forefront of my mind. It’s been such a team effort and we’ve always done whatever is best for the film and the message.

5. How has this film helped raise awareness and what are your hopes for it to do so in the future?

When people watch The Silent Child - it starts a conversation, it raises questions. We’ve had incredible support from all over the world and people being able to directly relate to the film. The character of Libby connects with the audience and when they find out she is deaf in real life and these issues are not sensationalized for the movie, people are shocked. Maisie gives a voice through her character to every deaf child around the world and proves, with the right support, deaf children can do anything that hearing children can do. In May, we are screening the film at The Houses of Commons in London - the people watching it have the power to make change happen.