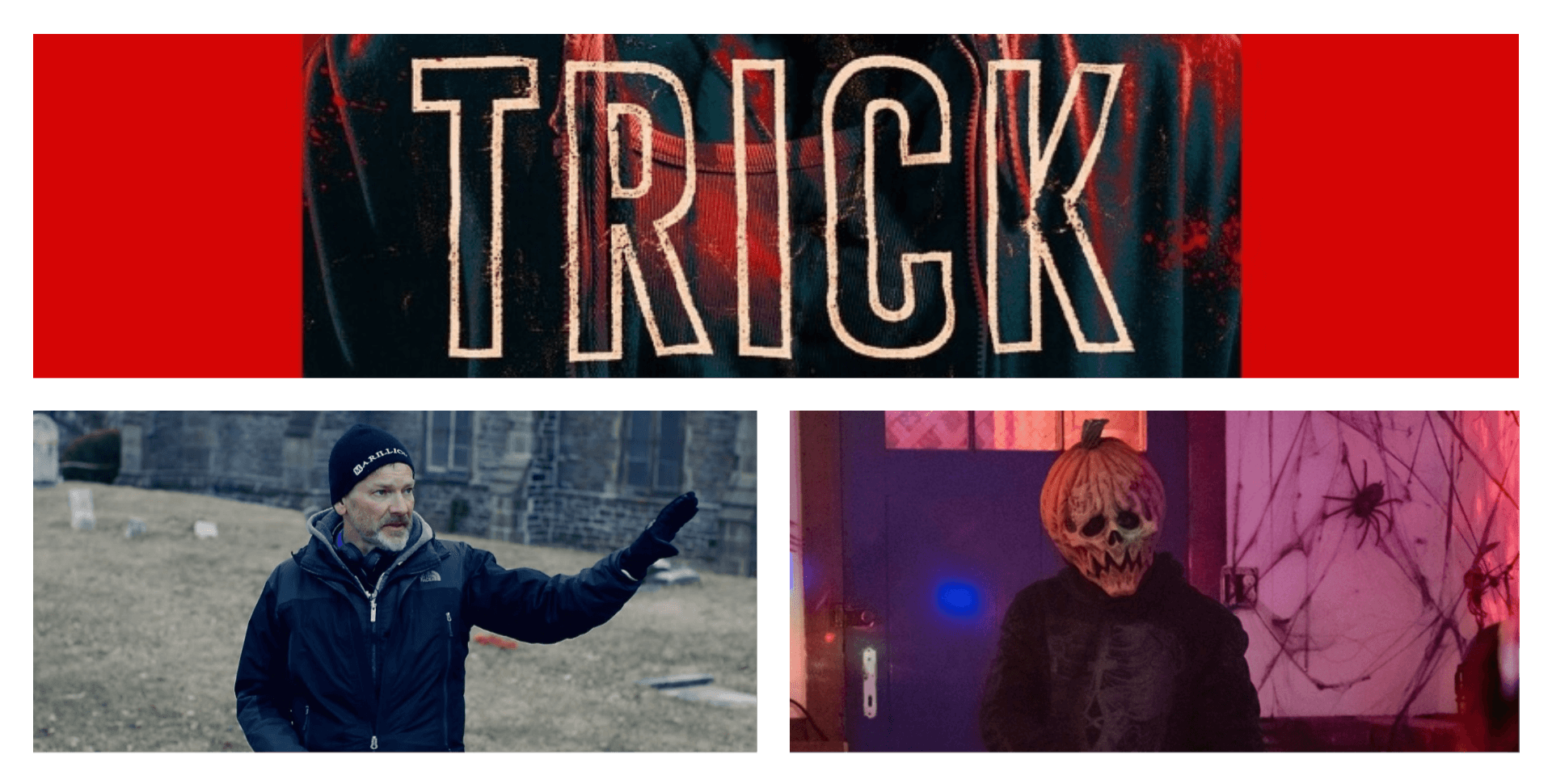 With Halloween around the corner, everyone's prepared to hear that classic proposition: trick or treat. With Patrick Lussier's latest film Trick, horror fans are sure to get another treat to add to their slasher cinema snack bag. Patrick was kind enough to answer a few questions we were just dying to ask.

RLJE Films releases Trick in theaters, on digital or on demand on October 18, 2019.

What is the key to successfully writing/directing a compelling horror/thriller?

From what I've learned working with great directors, especially Wes Craven, the key is creating characters and performances that are compelling. They don't all have to be 'good' people but they do have to be people you don't want to turn away from. If you want the audience to be afraid of what may happen next who may die or deserves to die, then you have to give them characters who resonate in some way. That and don't hesitate to do something insane in the first ten minutes that makes the audience feel unsafe for the rest of the movie.

What do you think separates Trick from other Halloween slasher flicks?

Todd Farmer and I wanted Trick to be a slasher/noire story, very detective-centric with three primary characters, representing three facets of those who pursue truth. Denver, as played by Omar Epps, is the believer who everyone doubts. He knows that the killer everyone thinks is dead simply isn't. But the facts, as presented, suggest otherwise. Ellen Adair's Sheriff Jayne is the skeptic. She believes what she can see. What she knows to be facts. 'Trick' Weaver is dead. Has to be. These other killings, while horrific, cannot be the work of the same kid. And Kristina Reyes's Cheryl begins as the survivor. Innocent on the night of Trick's first rampage, she transforms into a warrior because she's seen the monster up close. If it's the same monster or a different one that's come back doesn't matter. In either case, she'll face the terror head-on.

In terms of creating an iconic killer, Todd and I again worked with Gary Tunnicliffe, our special effects make-up master and lord of all things murderous, to spawn the masks and the make-ups that Trick wears. With stunt coordinator, Corey Pierno, we worked on the Trick's movements, wanting a killer who was less stalker and more a frenzy-driven killing machine, someone who could stab you more times in a second then you can count.

What words of advice can you share for aspiring filmmakers who want to produce standout horror films?

Remember horror films are basically campfire stories. Things we tell in the dark to ward off the real evils we all have to face. They're both cathartic and essential to who we are as a species. Look back to ancient tales of the night creatures and those we create today – we have always been obsessed with what scares us. Whether good or evil wins is less the point. Compel us with your characters, and try to make the smarter whenever you can. The audience will generally see any twist you can think of way ahead so don't settle for easy.

What were the biggest hurdles you faced during filming, and how did you overcome them?

There were many hurdles in shooting Trick, but cold was likely the biggest. Shooting in March along the Hudson River created challenges not just in snow or freezing rain, but wind and chattering teeth. The church movie projection sequence with Tom Atkins was originally all set at a Drive-In but two days before we were supposed to shoot it, the forecast for the wind was over 60 miles an hour. The set pieces we had built at the drive-in location were being blown away. We had 48 hours to reconceive the sequence, find a location that would work, built the haunted maze entrance outside it. We were lucky that the caretaker of the church we choice was a huge fan of Omar's! After a day of locking in the location, Amanda Treyz, the cinematographer, and I spent the next day planning how to do it while Todd and I rewrote it for the space. At the end of the day, the sequence in the church and surrounding graveyard ended up being far more satisfying than what we had originally planned. 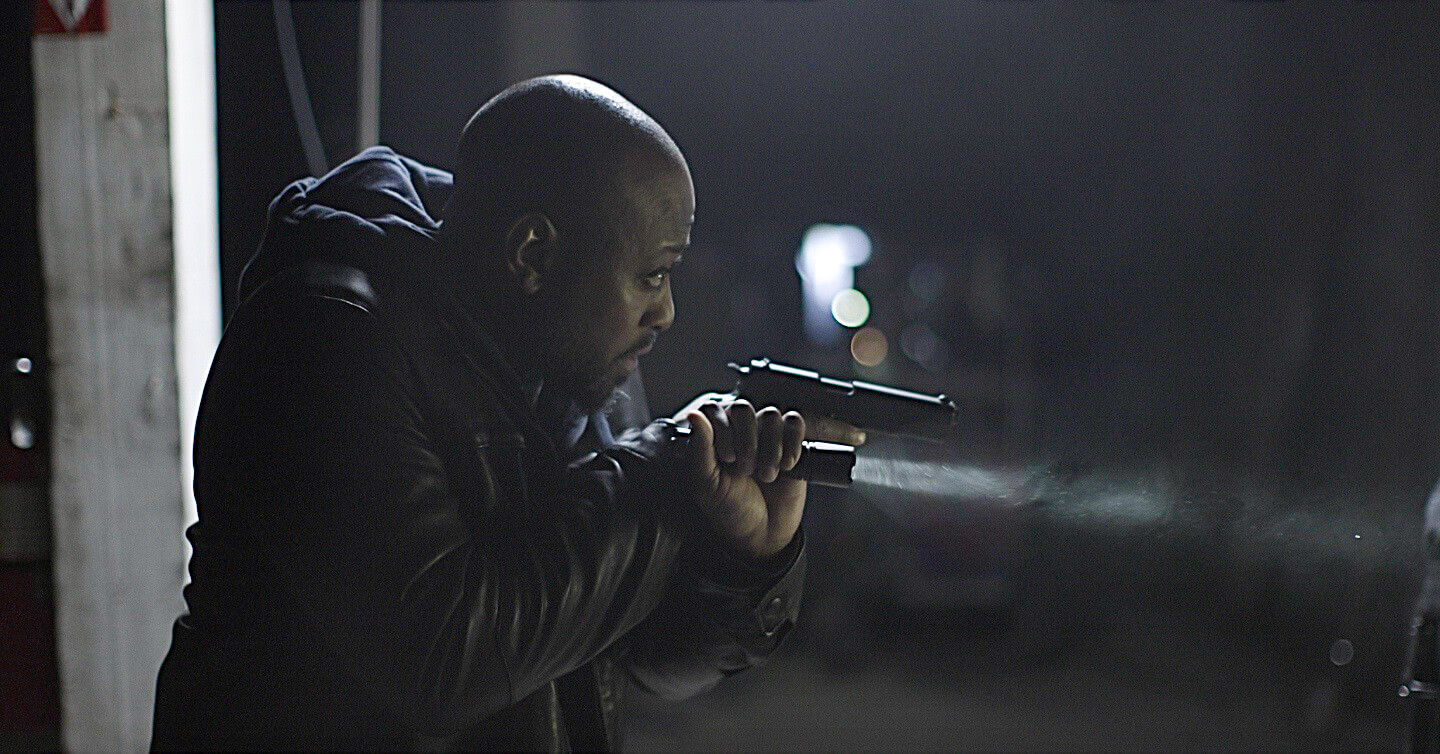 How do you feel you've grown most as a filmmaker through the years?

I've been very lucky as a filmmaker to work as an editor, director, and writer. I've seen both the beginning of the process and the end of it and which allows me to know what's critical to the final film and what's frivolous, especially on a tight schedule. But mostly, I've been very fortunate to work with so many great actors and crew members over the years. And funnily enough, the best advice I ever received from an actor on how best to work with actors, was from the late, but oh so great, Rutger Hauer. He encouraged me to trust my performers, encourage them to be brave then shape what they present as opposed to relying on a preconceived notion of what I think is best. Rutger encouraged me to feel for the best performance as opposed to think it. That was an amazing lesson to learn. That and a simple lesson that Boaz Davidson, one of the Drive Angry producers taught me about working the cut: “It's so hard to make one good minute of movie. Why do you want so many?” That advice alone was liberating.

What films and/or directors have had the biggest impact on you as a filmmaker?

My favorite films, the touchstones that I return to over and over, are Phillip Kaufman's Invasion of the Body Snatchers, Coppola's The Conversation and Apocalypse Now, Ridley Scott's Alien, Peter Medak's The Changeling, Spielberg's Jaws and Munich, Fincher's Zodiac and Carpenter's The Thing. The running themes of paranoia are beautifully realized in each of those films and something that inspires me in everything I do.

Certainly, the director that has had the biggest impact on me as a filmmaker is Wes Craven. I edited for Wes starting in 1991 through to 2009. I have been so lucky to spend hours and hours with him, asking him questions, both complicated and simple, learning from a real virtuoso. Wes was incredibly brilliant, generous, kind and funny. He never liked things to be overly complicated, and would always look for the heart of a scene and how best to expose that. He was a great mentor and friend and I miss him more and more all the time.

I directed episode 8 of the second season of The Purge which airs on December 2nd, 2019. I loved working for Blumhouse again and had a great time stepping into The Purge world.

Watch Trick while in theaters, on digital or on demand now