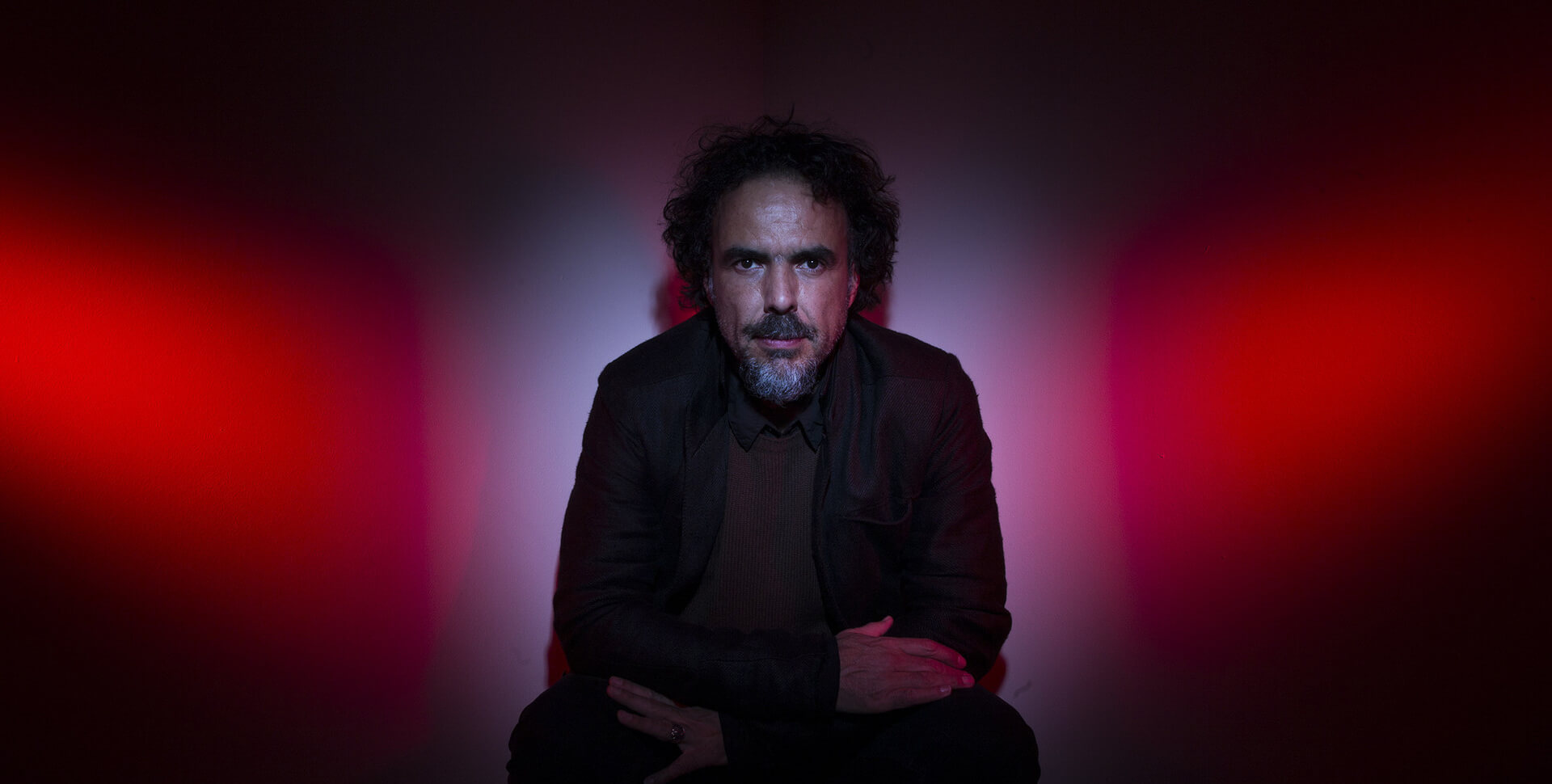 The Mexican film director Alejandro González Iñárritu was born on August 15th, 1963 in Mexico City. Highly ambitious, González Iñárritu takes up various challenges while making films. He is quoted as saying, "Directing non-actors is difficult — directing actors in a foreign language is even more difficult...Directing non-actors in a language that you, yourself don't understand is the craziest thing you can possibly think of. But I would do it again in a minute." (IMDb)

At the ripe age of seventeen, González Iñárritu worked on a cargo ship allowing him to travel through Europe and Asia. He accredits his travels with having a major influence on his art. Some of his films are set in places he was able to visit thanks to his time on the cargo ship. After his adventures around the world, Alejandro González Iñárritu returned to his hometown of Mexico City. There, he majored in communications at Universidad Iberoamericana.

Alejandro González Iñárritu’s career began in radio. He hosted the Mexican radio station WFM, a rock and eclectic music station that interviewed rock stars and transmitted live concerts. He worked his way up and in 1988, he became the director of the station. In only five years, González Iñárritu made WFM the number one radio station in Mexico. From 1987 to 1989, he was able to do music composition for six different feature films in Mexico. Alejandro González Iñárritu himself has stated that music has had a “bigger influence on him as an artist than film itself”.

In the early nineties, Z films was created, a production company founded by Alejandro González Iñárritu and Raul Olvera. This is when he began writing, directing, and producing short films and commercials. While living in Los Angeles, González Iñárritu studied under the Polish theater director, Ludwik Margules, as well as Judith Weston. This allowed him to transition into television film directing. After that, he wrote pilots for Z films and Z films soon became one of the biggest production companies in Mexico. Finally in 1999, Alejandro González Iñárritu directed his first feature film, Amores perros. 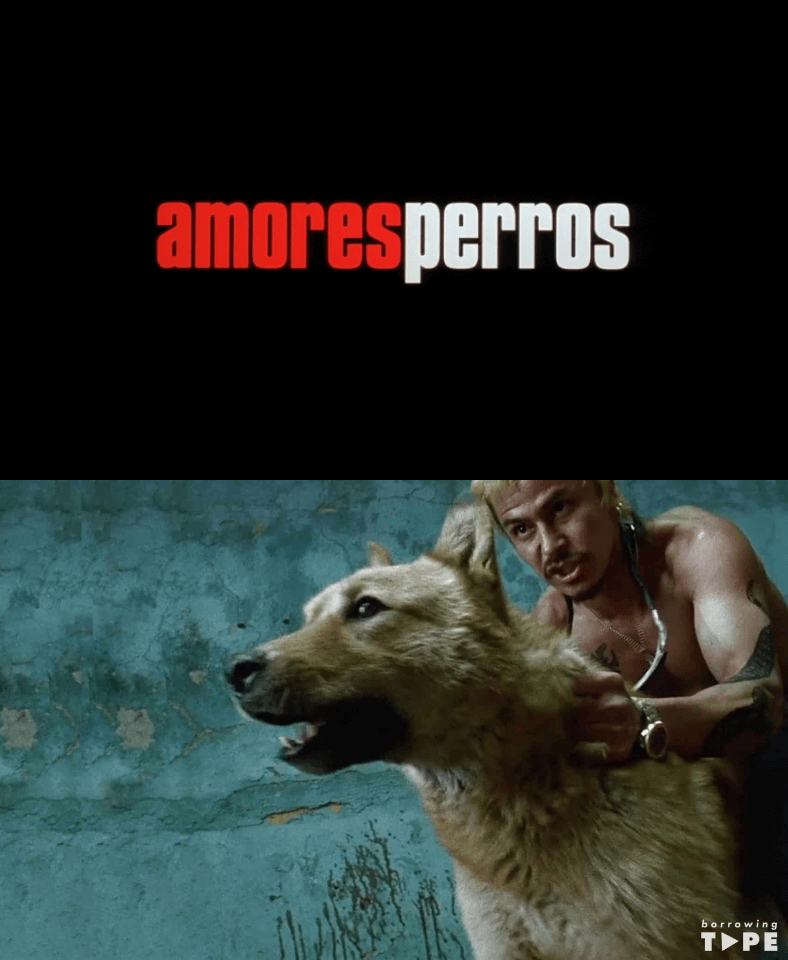 Alejandro González Iñárritu’s first ever feature film is called Amores Perros. Written by Guillermo Arriaga, Amores Perros centers around three stories with characters interwoven throughout those stories. Everything taking place in Mexico City, dogs are at the heart of all these stories. One story centers around gender-based violence and animal abuse. The second story is about abandonment and loneliness. The third story is about consequences and mistreatment. Amores Perros premiered at Cannes in 200 and won the Critics Weeks Grand Prize. Amores Perros was even nominated for Best Foreign Film at the Academy Awards. This film wasn’t just a launchpad for González Iñárritu — it was also Gael Garcia Bernal’s first major role. He would go on to become a huge star in Mexico and then the world after. This film is the first of González Iñárritu and Arriaga’s Trilogy of Death. 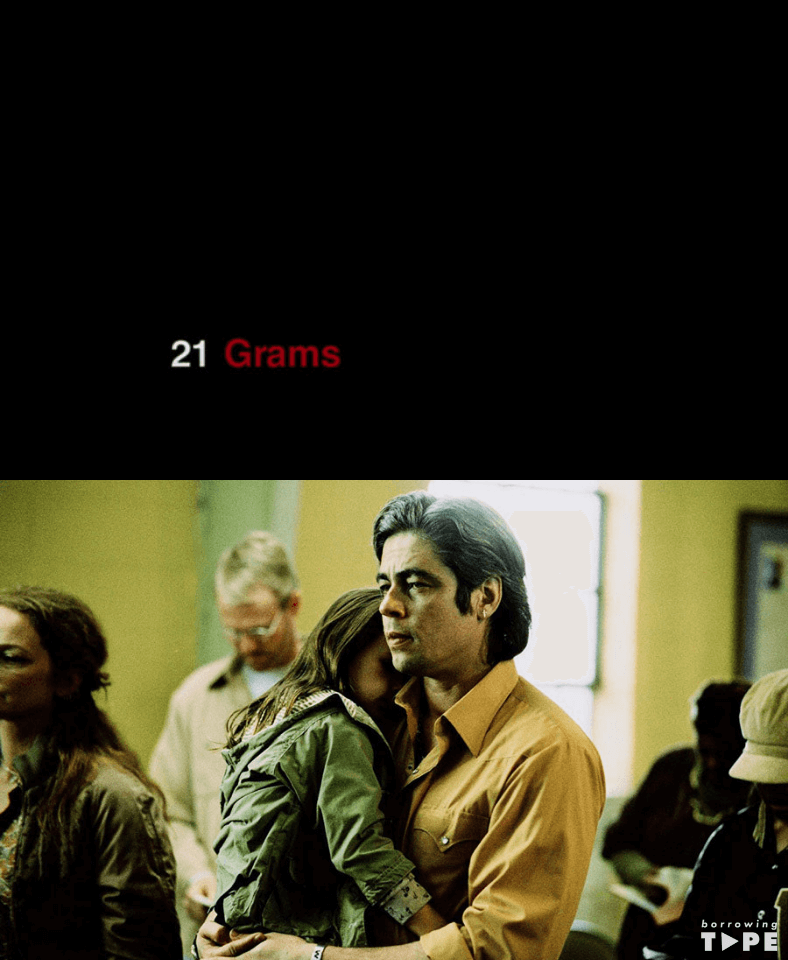 After Amores Perros' critical success, the writer-director team of Alejandro González Iñárritu and Guillermo Arriaga came together again to create 21 Grams, the second installation of González Iñárritu and Arriaga’s Trilogy of Death. The film stars Benicio del Toro, Charlotte Gainsbourg, Danny Huston, Naomi Watts, and Sean Penn. The film circles around the repercussions of an automobile accident. The story plays on the character’s past, present, and future to tell universal truths of humanity. A human soul supposedly weighs 21 grams. Sean Penn won the Volpi Cup at the Venice Film Festival for his role in the film. At the 76th annual Academy Awards, both Benicio Del Toro and Naomi Watts’ performances were recognized with nominations for best-supporting actor and best actress, respectively. 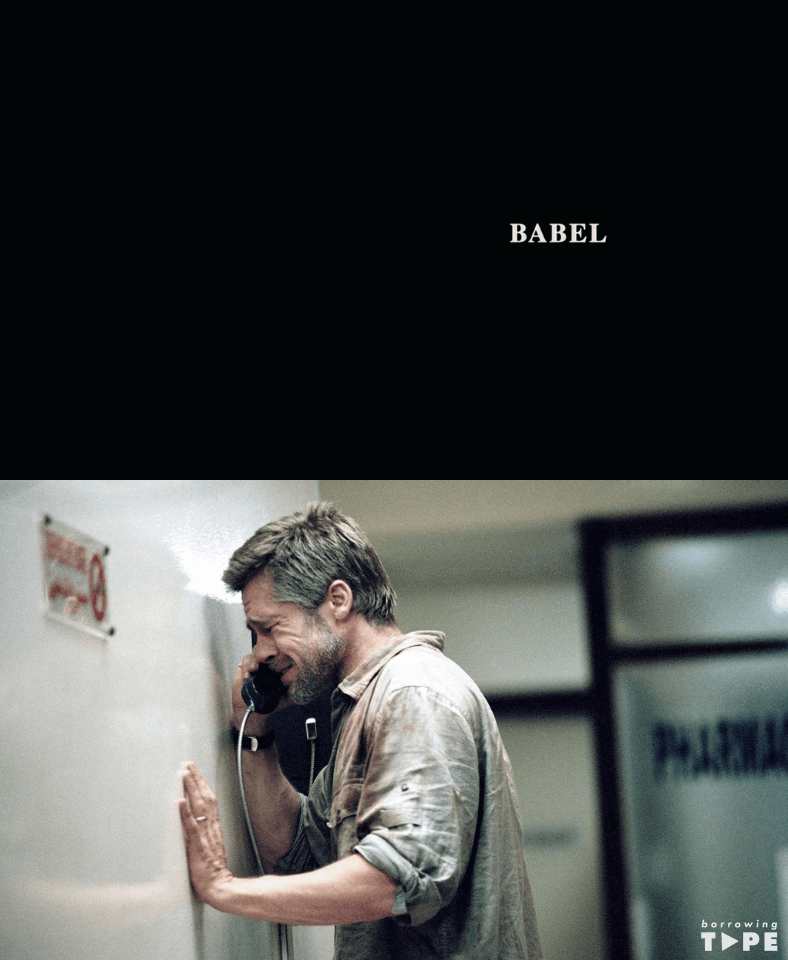 In 2005, the final installation of González Iñárritu and Arriaga’s Trilogy of Death was made. Babel follows interconnected stories that occur very far away from one another. The stories are set in four different countries on 3 different continents so obviously, it’s in four different languages! Babel consists of four stories set in Morocco, Mexico, the United States, and Japan. The film stars Cate Blanchett, Adriana Barraza, Rinko Kikuchi, Brad Pitt, and Gael Garcia Bernal. A single accident connects the lives of an American couple on vacation, a Mexican nanny and the American children she cares for, an insecure deaf Japanese teen and her father, and a pair of Moroccan children. In 2006, it premiered at Cannes Film Festival, earning González Iñárritu the Prix de la mise en scène (Best Director award). It also received seven nominations at the 2007 Academy Awards, nominations for Best Picture and Best Director among them. The composer, Gustavo Santaolalla was awarded the Academy Award for Best Original Score. The Golden Globe Awards awarded the film with Best Motion Picture in the Drama category in 2007. 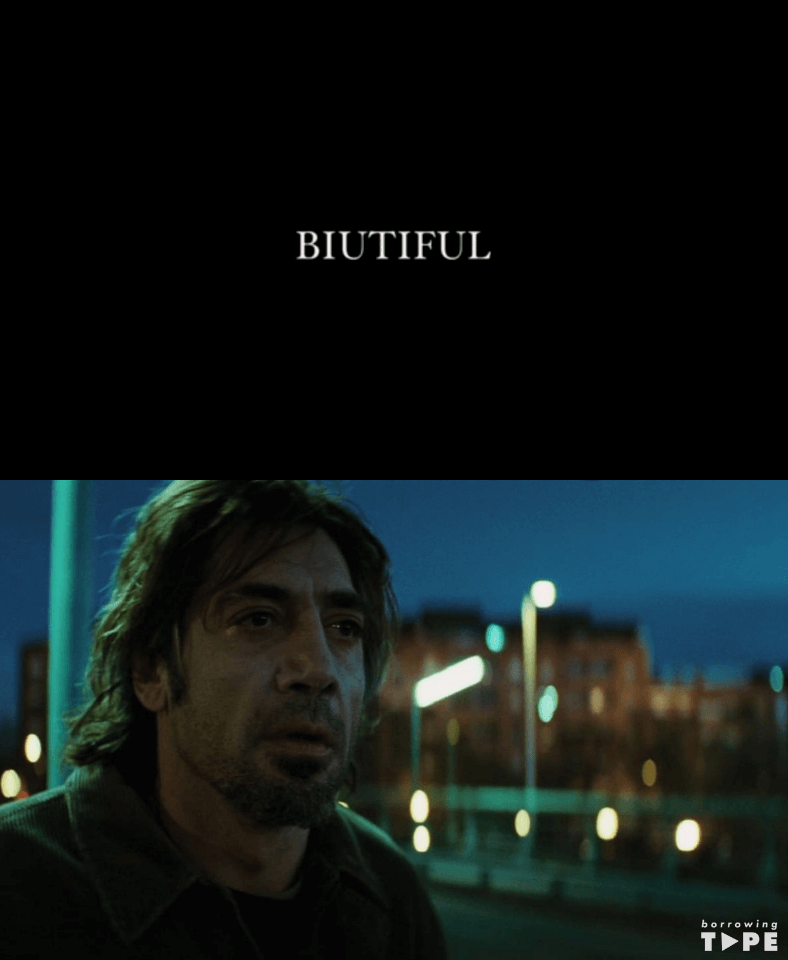 González Iñárritu wrote, directed, and produced Biutiful, a tragic drama starring Javier Bardem as Uxbal. Uxbal is a devoted single father and a caring boss who finds out he has terminal cancer and very little time left. We follow him as he tries to get his affairs in order. The film’s events are extremely bleak. Things seem to constantly go wrong. This is because Alejandro González Iñárritu was depressed when he wrote the screenplay. He says that he truly saw the world through that lens at the time. This is González Iñárritu’s second film in Spanish. The film had its premiere at the Cannes Film Festival on May 17, 2010. There, Javier Bardem won Best Actor for his wonderful performance in the film. Biutiful was nominated for Best Foreign Language Film at the Academy Awards, the Golden Globes, the BAFTA awards. 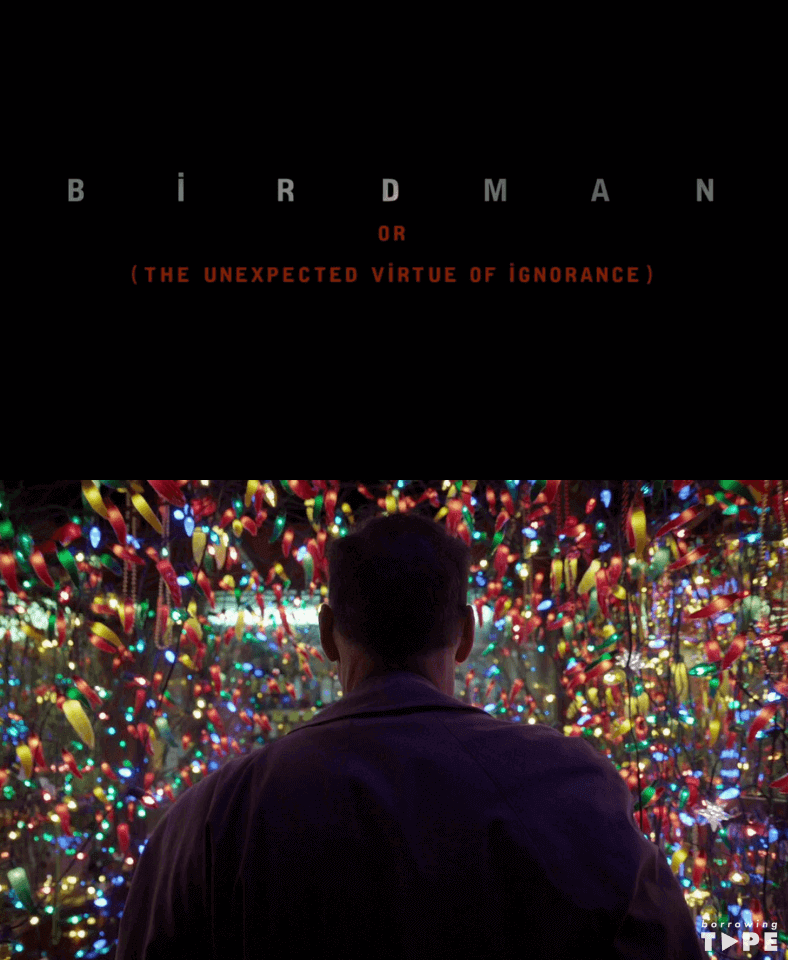 In 2014, González Iñárritu directed his first comedy, Birdman. The highly popular film stars Michael Keaton, Naomi Watts, Emma Stone, and Edward Norton. The film centers around a washed-up actor who used to play an iconic superhero but now directs plays. The film follows him and the play’s cast and crew as they prepare for a production. In 2015, the film won the Academy Award for best picture, best directing, best cinematography, and best screenplay. The film was also received a Screen Actors Guild Award for Outstanding Performance by a Cast in a Motion Picture as well as a BAFTA for Best Cinematography. 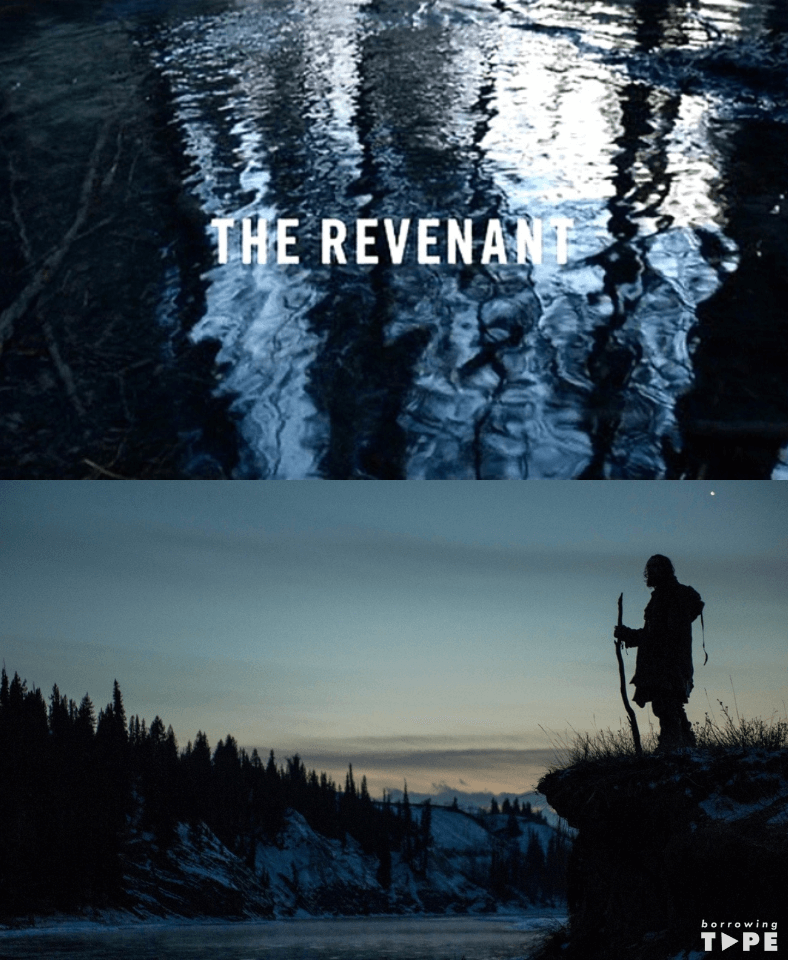 Co-written with Mark L. Smith, Alejandro González Iñárritu wrote and directed The Revenant, based on the novel of the same title by Michael Punke. Starring Leonardo DiCaprio, Tom Hardy, and Will Poulter. The Revenant is a 19th Century period thriller, about a fur trapper named Hugh Glass who is mauled by a bear far from home and without real medical aid. His group robs and leaves him behind. Hugh Glass’s story is one of betrayal and survival in a harsh, unforgiving landscape.

'ANNA' segment from To Each His Own Cinema (2007): He participated in another anthology series of short films that debuted at the 2007 Cannes Film Festival. Anna featured shorts by 33 world-renown film directors.

Naran Ja (2012) One Act Orange Dance: This experimental short by Alejandro González Iñárritu is inspired by a dance performance by the L.A Dance Project and shows new choreography by Benjamin Millepied and performed by LADP dancer Julia Eichten.

Write the Future: This Nike commercial won Grand Prix at the Cannes Lions advertising festival. It is a football (soccer for the Americans) centered ad that played during the 2010 FIFA World Cup.

Best Job: This commercial for Procter and Gamble played during the 2012 Olympic Ceremonies and won Best Primetime Commercial Emmy at the Creative Arts Emmy Awards Ceremony.

Death is the most obvious of the themes González Iñárritu tackles. His first three films are known as the death trilogy! The deaths don’t stop after those three. Death is in every one of Alejandro González Iñárritu’s films. It is a major plot driver and is unmistakably something audience members must think about while and after watching his films. One of González Iñárritu’s films that most directly deal with death (and might have the highest human body count) is Biutiful. In Biutiful, the main character has a terminal illness and must get his affairs in order, specifically the care of his two young children just before he passes. It is a very sad film because we are constantly confronted with not only the main character’s mortality but that of those around him as well.

Alejandro González Iñárritu is not known for happy endings.The characters in Iñárritu’s films are often hopeful in their situations or at least trying to be. Audience members desperately want the characters to succeed and are often disappointed. Hope is what makes González Iñárritu’s characters self-drivers, despite that chance plays such a big role in how they get where they are. His characters are hopeful and are striving for more, even though we often find in the end that life doesn’t work that way. If life doesn’t work that way then, his films don’t either. Alejandro González Iñárritu commits himself to realistic stories which often negates the possibility of a fairytale ending.

In all of his films, chance plays a major role in how events unfold within the story. We, as audience members and critics often badger filmmakers from providing characters with “plot armor” or using coincidence to protect characters and the story from anything happening when it isn’t supposed to. Alejandro González Iñárritu does the opposite of this and using coincidence, he writes stories where everything is constantly going wrong. What a way to keep the audience actively engaged. Chance plays a major role in how each of these stories plays out.

Babel and 21 Grams both deal with accidental violence and its ramifications.

The Revenant shows the unluckiness of being in the wrong place at the wrong time.

A trademark of Alejandro González Iñárritu’s films is his intersecting story structure. This began with his death trilogy written by Guillermo Arriaga and continued as he went to write his own scripts and work with other people. Often in nonlinear arrangement, one or a few central events connects the characters and make the central themes and questions of the film clear.

In Babel, it’s a shooting.

In The Revenant, it’s a mauling but also a massacre.

In Amores Perros, it’s a car accident but also a dog fight.

In Birdman, it’s a play.

In Biutiful, it’s a diagnosis.

One or two central events define the story. Often, we don’t fully understand the weight of the central incident until the end of the film when it all comes to perspective.

Alejandro González Iñárritu’s filmography is best watched in order. His first three films, the parts of his death trilogy, most clearly show the themes and storytelling styles he is known for. I think to gain an understanding of the director, those three: Amores Perros, 21 Grams, and Babel need to be the first films you see of his. From there continuing in the order he made the films is still best. As Alejandro González Iñárritu works with more foreign actors and locations and tackles new genres, he veers from his initial style. For some people, this is a welcome change while for others it feels unfaithful to the early fans. To decide where you fall in that discourse, watching his films in order is necessary. If you don’t want to watch them all, then my favorites are Amores Perros and Biutiful. I recommend those above the other films, but American audiences seem to like Birdman the most.

A dynamic and unmistakably brilliant filmmaker— Alejandro González Iñárritu proves time and time again that he is up to new challenges in the name of filmmaking. We can only imagine what his next venture will create. In a “D/P 30 The Oral History of Hollywood” interview, Alejandro González Iñárritu characterizes his creative process as having always been “torturous”. He continues by describing his creative voice as demanding because he is a perfectionist and calls himself a “chronic[ally] unsatisfied person”. It seems clear that his need for perfection causes production to last a long time, but produces works that inspire awe in viewers.

Read our review of Birdman

Read our review of The Revenant