In his book “The Sixties: 1960-1969”, a fascinating meditation of the cultural and technical changes the American film industry saw amidst political assassinations, antiwar protests, and civil rights struggles, Paul Monaco defines Direct Cinema, a subgenre of documentaries, as “the result of two predominant and related factors—The desire for a new cinematic realism and the development of the equipment necessary to achieving that desire.” 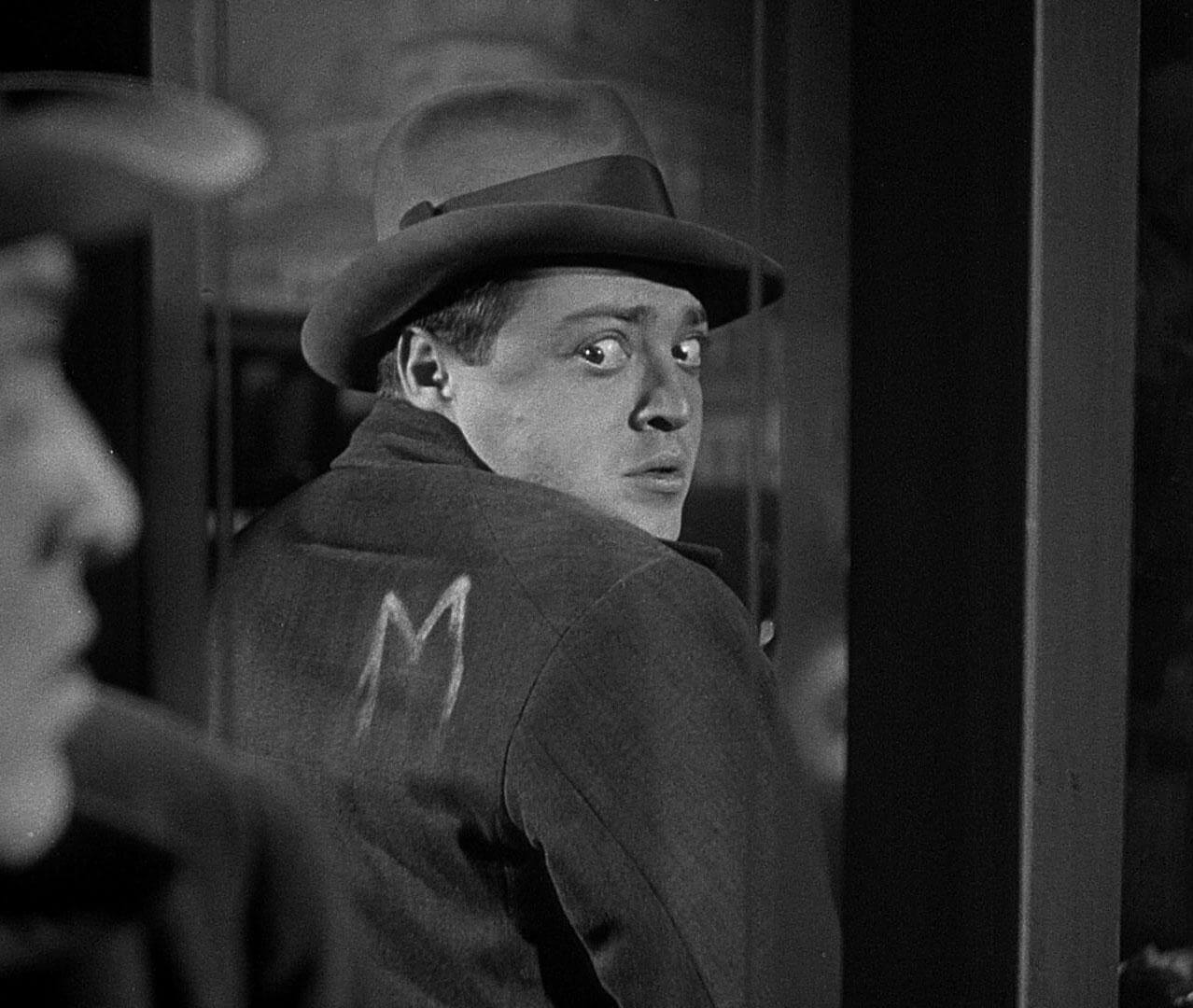 If we take Monaco’s definition in another direction, we find that James Blue provided a much more detailed explanation of the filmmaking practice. In his essay, “Direct Cinema” (Film Comment) he writes that these films “gave the spectator an extraordinary sense of [being there]. Direct Cinema, or cinéma vérité, it looked, acted, sounded and smelled [real].” While it might seem drastic to label a film with a coined term that appeared almost thirty years after being released (and also a film that possesses a narrative structure nonetheless), I’d like to pose the question: “Is Fritz Lang’s M Direct Cinema?”

Released in 1931, M was Lang’s first foray into sound cinema and the penultimate film he made in Germany before fleeing to Hollywood to escape the encroaching takeover of the Nazi party. M is a transitional film in many ways, teetering between the conventions of silent and sound pictures. Lang edited the sound in the same manner as the visuals; sparingly to achieve desired special effects. Perhaps the most prevalent way this is proven true is by the various constructed sound bridges used to not only encompass the visuals but also the auditory elements of the film; thus effectively using both simultaneously while implementing a montage of both image and sound. If we take into account how the use of sound in M can provide the film with a contemporary classification (similar in regards to Monaco and Blue’s definitions of Direct Cinema), the idea of it also being an example of vernacular modernism is applicable.

In “Fallen Women, Rising Stars, New Horizons: Shanghai Silent Film as Vernacular Modernism” (Film Quarterly),” Miriam Hansen describes the key element of vernacular modernism as “the quality of the films to provide a sensory-reflexive horizon for the experience of modernization and modernity… as a cultural counterpart and response to technological, economic, and social modernity.” The purpose of providing this definition focuses on the space M occupies in the history of cinema. While today’s films are integrated with synchronized dialogue, simply possessing sound is not reflective of technological modernity. However, being released a decade beyond the introduction of electronic sound recording techniques (the rise of “talkies” was a swift revolution), it seems appropriate to classify M as contemporary cinema or, at the very least, a reflection of the technological landscape of the time. This reflection also provides a firm and palpable foundation for labeling the film as Direct Cinema.

Lastly, to show my cards: Horst Lange, “Nazis vs. the Rule of Law: Allegory and Narrative Structure in Fritz Lang's "M" (Monatshefte). In relation to Lange’s statement that while M is seen as a melodramatic crime film “there is no doubt that the movie engages its audience on a deep emotional level, but it does not do so by exaggerating, embellishing, and sentimentalizing crime, it paradoxically achieves its emotional effect by presenting the murderous threat in the [cold] film language of documentaries,” I’d like to present an in-depth analysis of a crucial scene from the beginning of the film that focuses on the disappearance (and eventual murder) of Elsie Beckman, Hans Breckert’s (Peter Lorre) first victim. In this scene, we see Elsie bouncing a ball down the street after school. She then meets Hans Breckert while bouncing her ball against a poster that reads: “10000 Mf. Belohnung! Wer ist der Mörder?” They make small talk and he offers to buy her candy and a balloon from a blind vendor. This is intercut with footage of her mother wondering where her daughter is as she frequently glances at the clock in her apartment. Mrs. Beckman goes to her window and calls out “Elsie!” and we are then presented with the following series of shots: 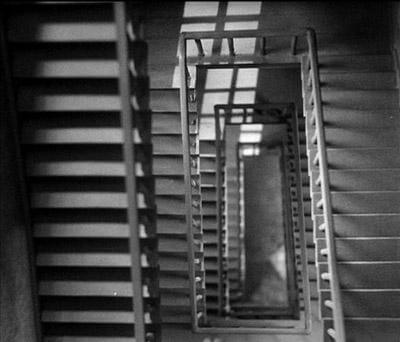 The stairs of the apartment building. Again we hear Mrs. Beckman yell “Elsie!” 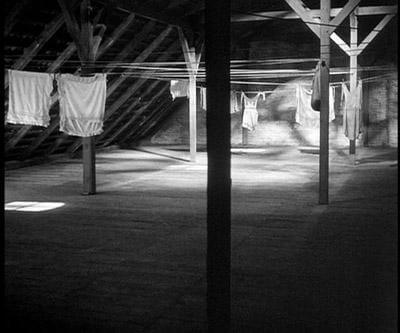 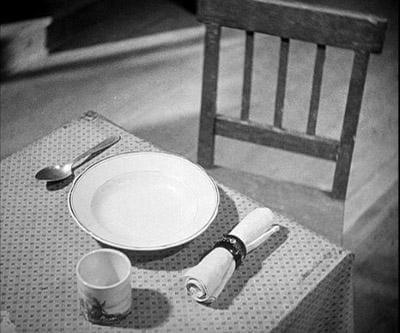 Elsie’s place at the family table. In one last attempt, “Elsie!” 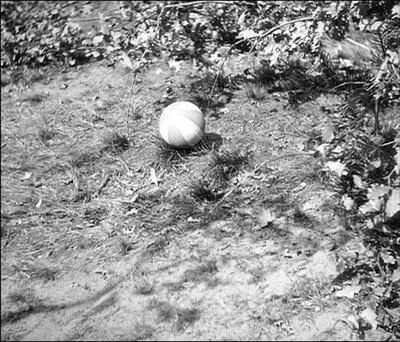 Elsie’s ball rolls into the frame and stops. We are given an established sense of dread. 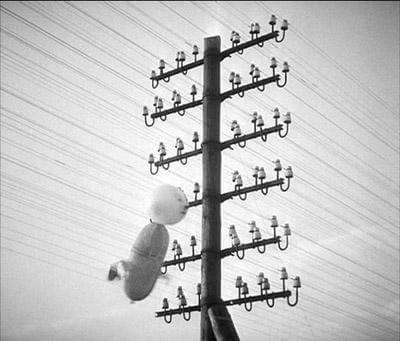 Elsie’s balloon comes into the frame, gets caught in the power lines, and blows away.
The screen then fades to black.

With this evidence, Direct Cinema is not only an appropriate label for M, but it also furthers the concept of contemporary filmmaking aesthetics that are constructed around human perception and sensation. Such evidence also indicates a necessitated call to reconsider how the evolution of sound in early cinema can redefine the current language of documentary filmmaking, with or without a narrative structure. Though Direct Cinema was conceived in a socio-cultural environment which was far less radicalized than the rise of Nazi Germany, the technology used for viewing enhancement predefined M as a tool for offering new cinematic modes which were captured through a modernist lens in the same manner as filmmakers from the 1960s and beyond. In both theory and practice, Fritz Lang championed the desire for a new cinematic realism.