The Criterion Audit: Do The Right Thing by Spike Lee #97 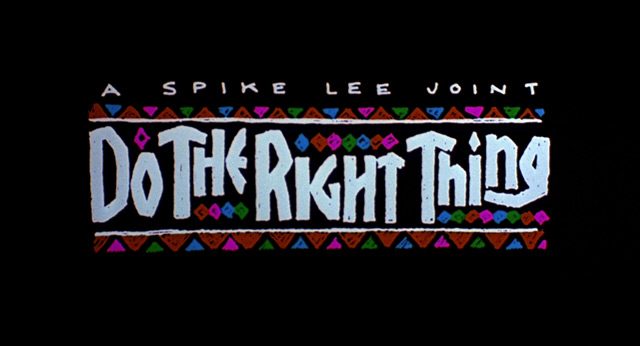 On a sweltering hot day, the people of Bedford-Stuyvesant and Sal’s Pizzeria live out their daily lives while existing tensions simmer between them and threaten to explode.

In one of the most iconic sequences from Spike Lee’s Do The Right Thing, Radio Raheem (Bill Nunn) explains “the story of love and hate.” As the camera pans, Raheem looks directly at the camera and proudly holds out his fists to us, revealing jewelry emblazoned “Love” on one fist, and “Hate” on the other. Raheem interlocks his fingers and declares that all of life is a constant struggle between these two emotions. 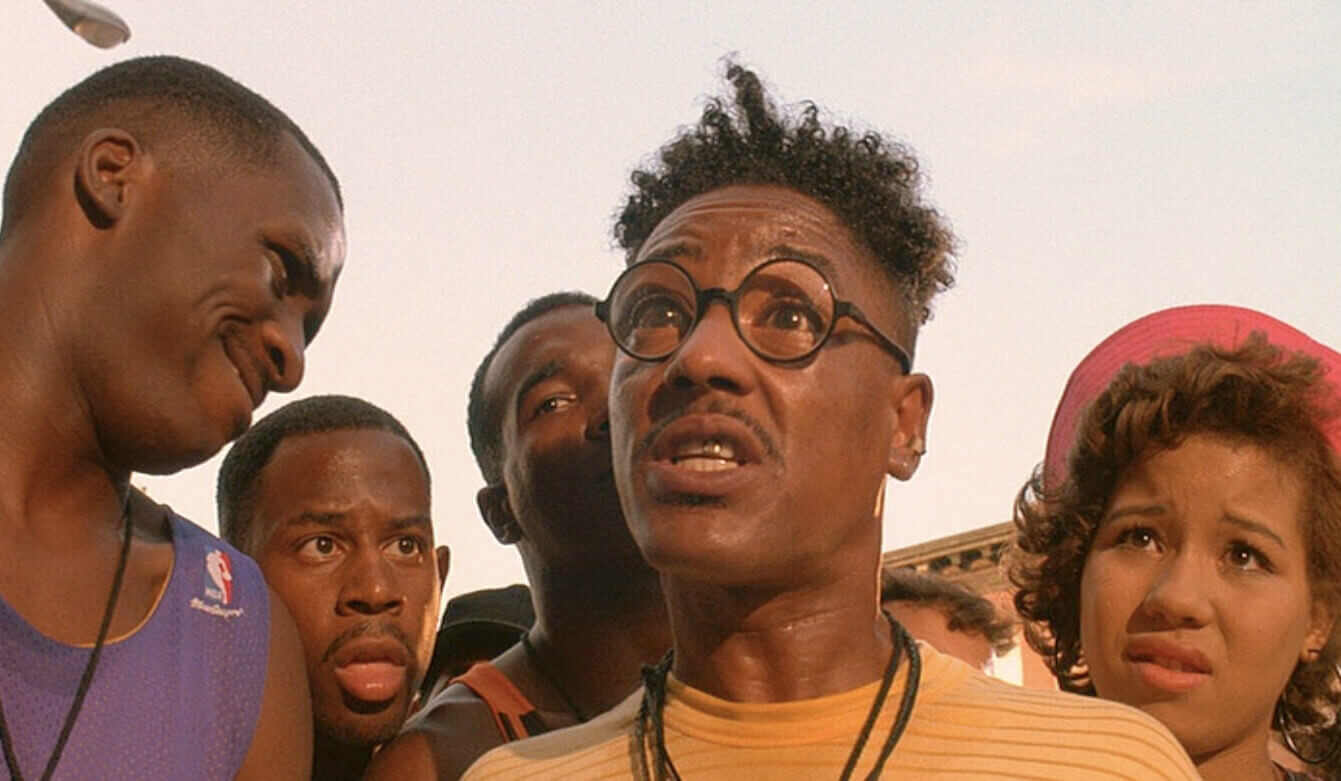 As effectively blunt as this scene is, the concepts that resonate most throughout the film are the more ambiguous ones that subtly question the straightforward “answers” given within this scene. The end of the film leaves the viewer to wonder the perhaps irreconcilable questions that the film proposes. How should one “do the right thing”? What are their options? Ultimately, the film evokes themes about the impulsivity of decision-making and the impossible choices of morality. 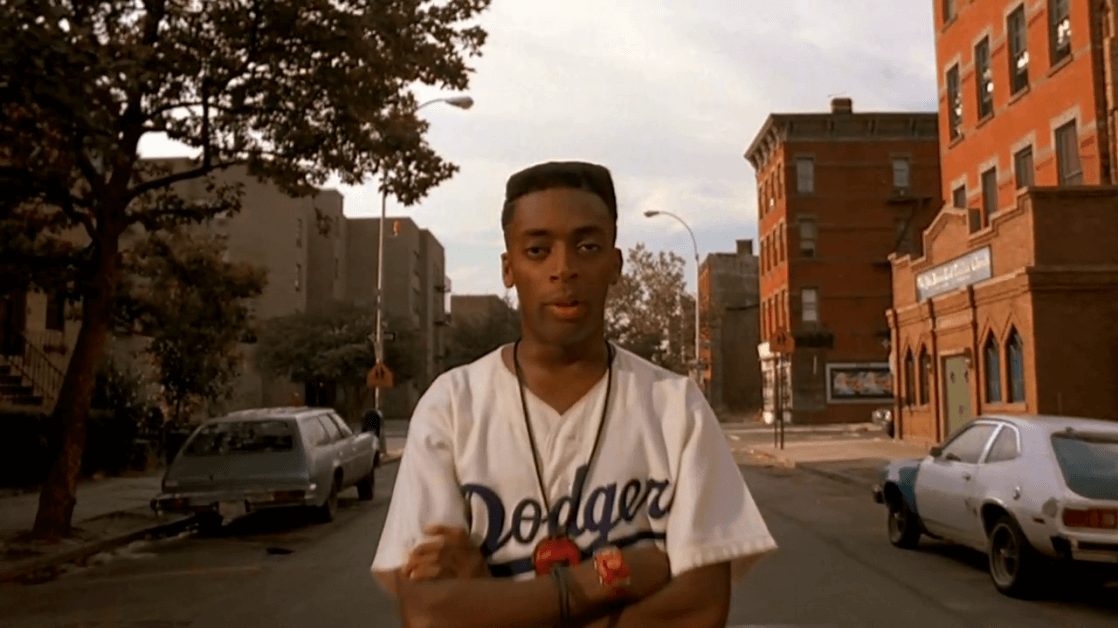 Rather than a traditional plot, we meet a cast of characters who are equally ambiguous and variant in nature and watch as they interact with one another over the course of a single day. The film opens with narration from Mister Señor Love Daddy (Samuel L. Jackson), a radio DJ who seems to, while on-air, account for every single person in his neighborhood and inadvertently control their disputes. There’s Smiley (Roger Guenveur Smith), a disabled man struggling to earn money by selling copies of a photograph of Dr. Martin Luther King Jr. and Malcolm X posing together. We meet Radio Raheem, who walks around repeatedly playing Public Enemy’s “Fight the Power” on his massive boom box on full blast, ignoring the resentment and anger of his neighbors. The film’s main character, Mookie (Spike Lee) has a job delivering pizzas from Sal’s Famous Pizzeria and seems to know every person he passes by on the streets. As he walks by, he often taunts them, “Get a job!” as they sit on their front steps trying to beat the heat.

Sal (Danny Aiello) and his two sons hurl racial insults and make horrible implications to Mookie, but Sal also considers Mookie to be “like family” and takes pride in his twenty-five years of feeding the predominantly-black neighborhood. Mookie is kind to everyone he passes on the street, but he also is a distant father who rarely visits his family. These conflicting attitudes and ambiguities reveal characters who are complex and often difficult for the viewer to identify with, yet, regardless of their pitfalls, we are also able to empathize with them because of Lee’s detailed, careful characterization. 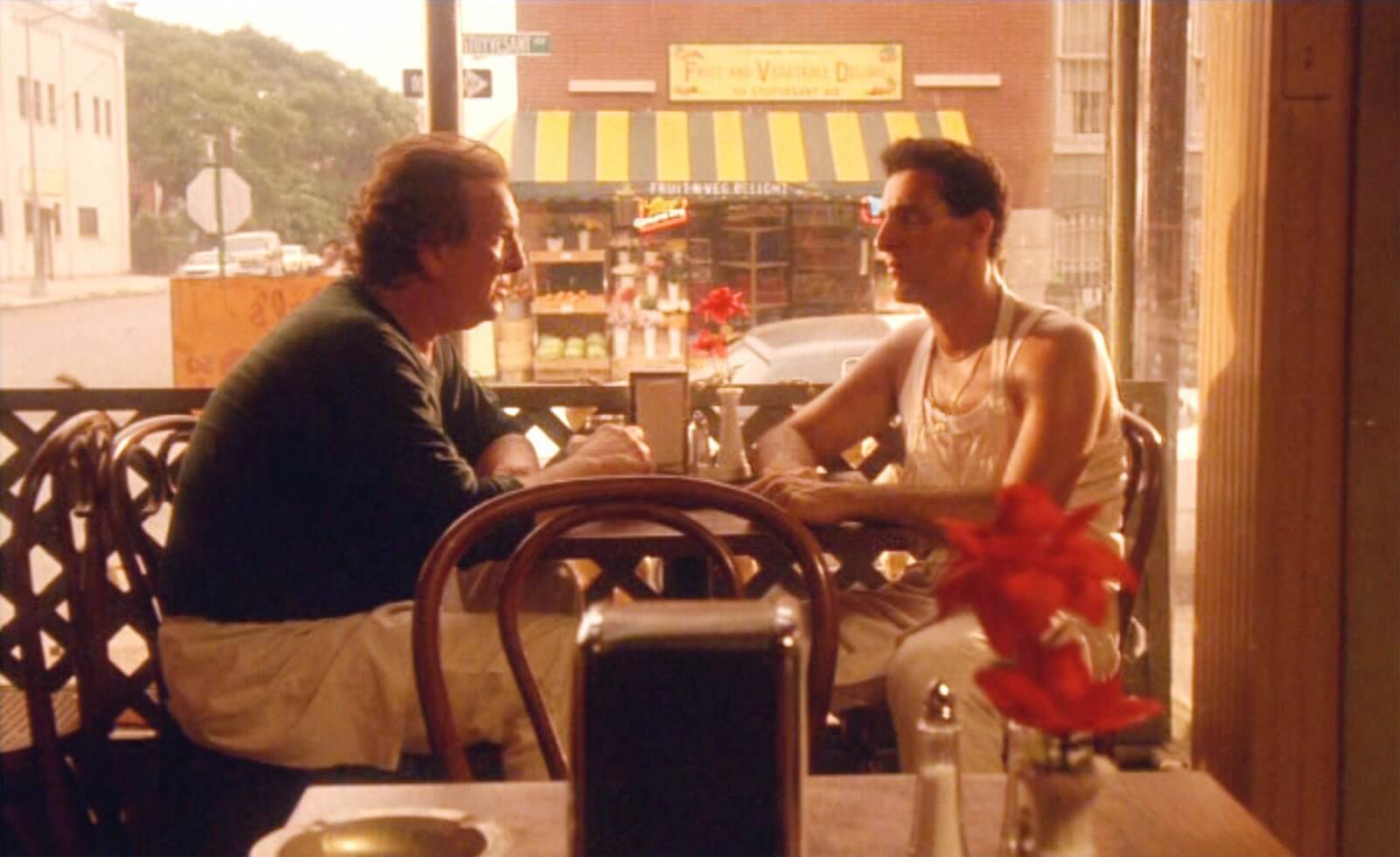 As the film continues, tensions heighten, and the scorching weather makes things even worse. Buggin’ Out (Giancarlo Esposito) decides to boycott Sal’s Pizzeria because of the absence of black representation on the restaurant’s Wall of Fame, which only features Italian Americans. Buggin’ Out confronts Sal by declaring that he’s never seen any Italian Americans eating at this restaurant. Sal responds by telling him to put up those images when he has his own restaurant. 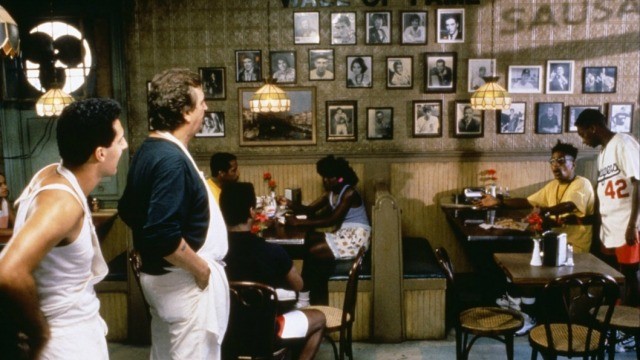 After a long and hot day, Buggin’ Out and Radio Raheem storm into Sal’s Pizzeria with Raheem’s radio blasting, you guessed it, “Fight the Power,” and demand that the pictures be added onto the wall. After shouting over Raheem’s music and exchanging racial slurs, Sal takes a baseball bat and destroys Raheem’s radio, silencing a musical representation of blackness that is not allowed in Sal’s restaurant.

A heated brawl ensues between Raheem and Sal, escalating the situation until the entire neighborhood erupts into violence and chaos. In the film’s most powerful moment, Mookie is forced to choose between his loyalty to Sal and his communal recognition of black oppression. As he makes his choice, we as viewers are conflicted. Do we take the side of Mookie, who has suffered repeated offenses from the white members in his neighborhood, and is defending his friend? Or do we take the side of Sal, who just wants some peace and quiet, but has had his livelihood destroyed because of his own actions? 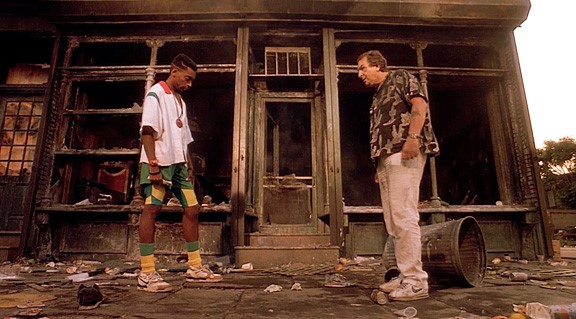 One of the most compelling aspects of the film is that, despite the title, it never forces viewers to make a single decision between the characters’ delineations of right and wrong. Despite Raheem’s illustration of the battle between good and evil, we understand in moments filled with violence, quick decision-making, and heightened emotions that doing the right thing isn’t necessarily so simple, because “doing the right thing” is never clearly defined.

As the film presents the viewers with a final ambiguity in the end title sequence, we are compelled to view both perspectives and to mourn for everyone involved. Even if none of the characters did the right thing, we can still understand their reasons and motivations. Beyond being a funny, intelligent film, Do The Right Thing is also complex in its ambiguous messages to its viewers and characters, creating a thought-provoking story without any unnecessary moral judgment or didacticism.

An extensive behind-the-scenes documentary about the making of Do The Right Thing and an audio commentary track by director Spike Lee, cinematographer Ernest Dickerson, production designer Wynn Thomas, and actor Joie Lee make this Criterion edition worth adding to your collection. Aside from these features, there is also a music video for “Fight the Power,” which is directed by Spike Lee. Most fascinating, though, is the 1989 Cannes Film Festival press conference with Spike Lee, Ossie Davis, Ruby Dee, Richard Edson, and Joie Lee, where the cast answer questions and confront the varying reactions from audience members. 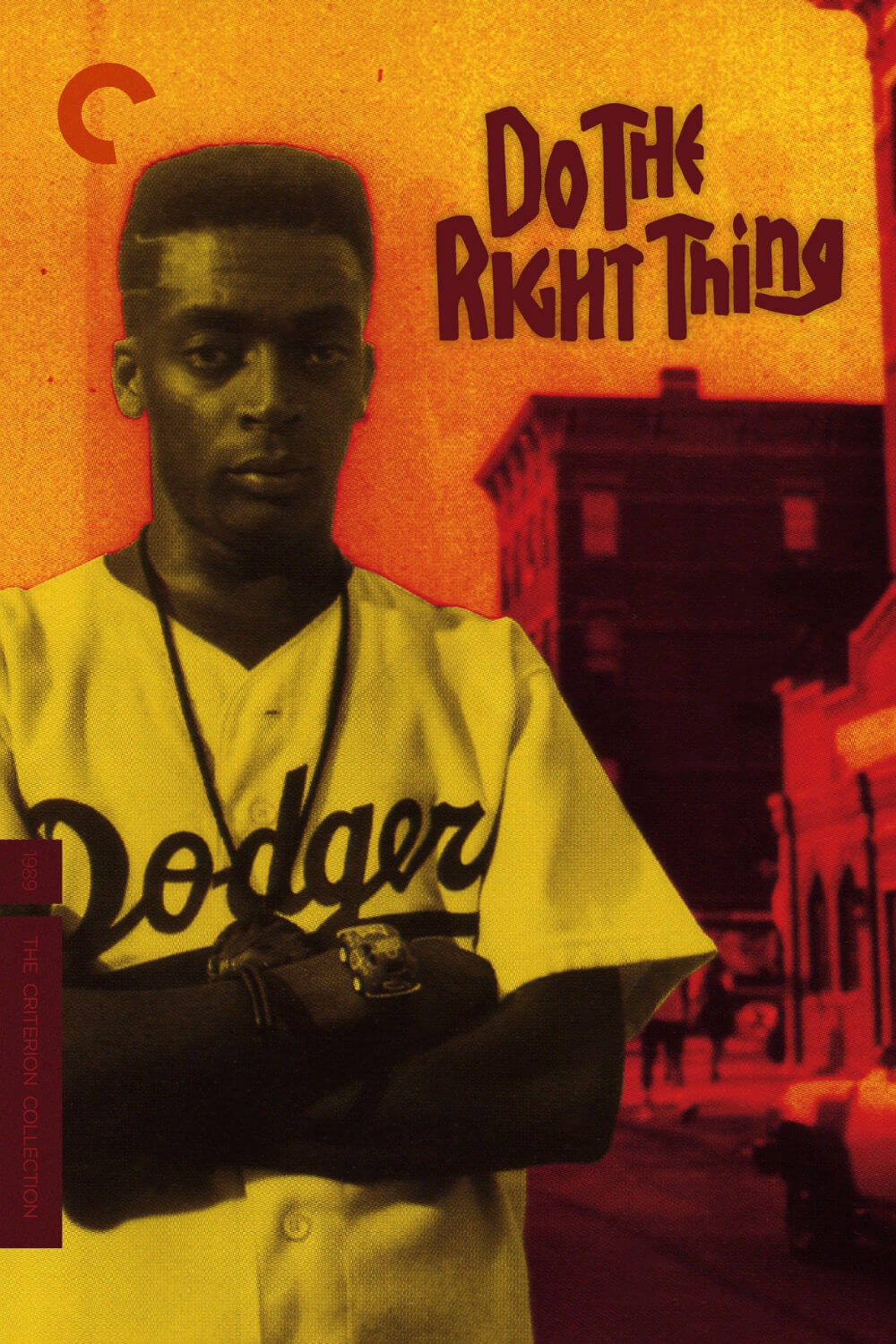 Buy Do the Right Thing by The Criterion Collection

The packaging for the Criterion release of Do The Right Thing is pretty great, with the classic title font along the spine and the front cover. It’s a standard keep case DVD with two disks, one for the film and the other for the special features. The insert color booklet is enough to warrant adding this to your collection, along with the great special features. 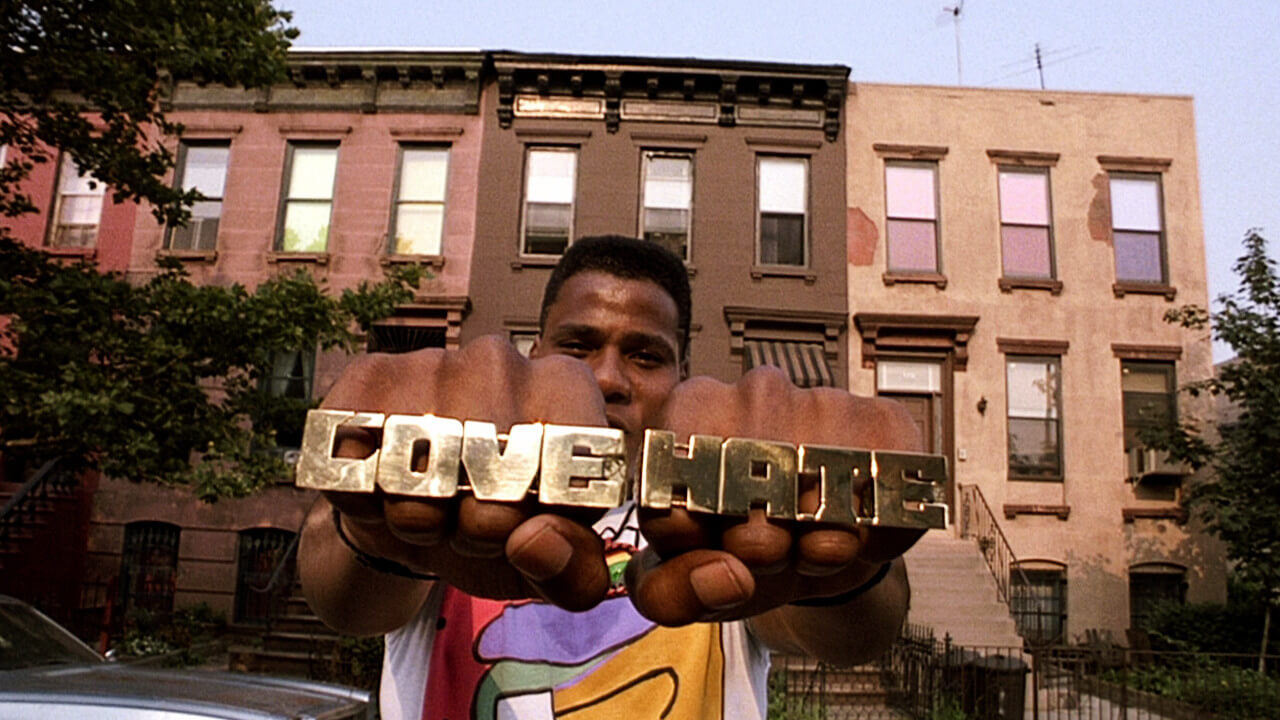 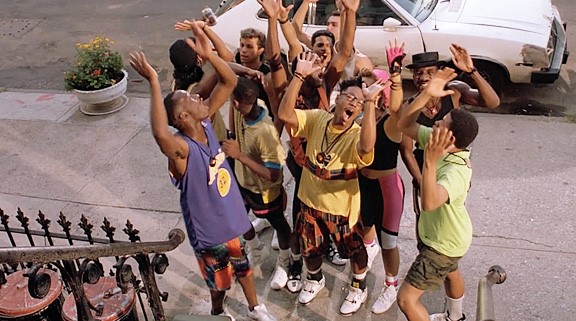 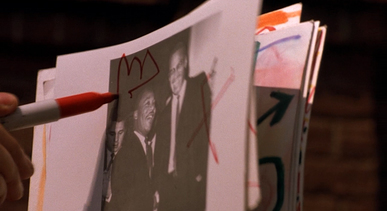 Watch Do the Right Thing on iTunes or Amazon