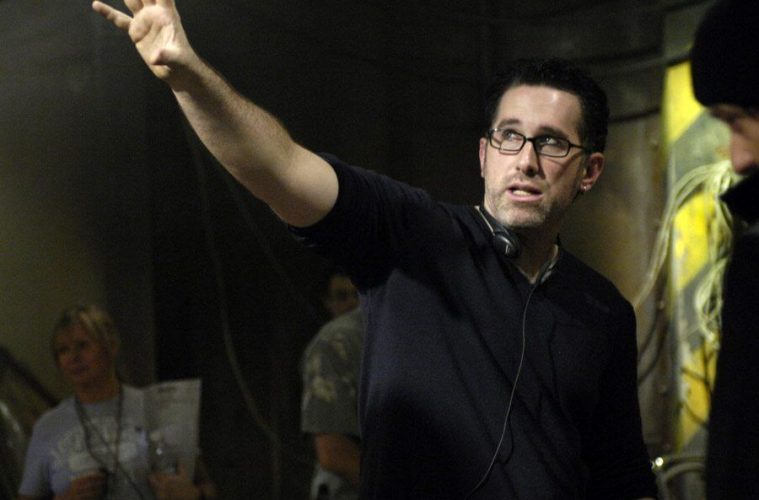 Abattoir is the latest film from director Darren Lynn Bousman. He’s known predominantly for his work on the Saw films, but I like to associate him with the splatterpunk gem Repo! The Genetic Opera. Abattoir follows a real estate reporter as she tries to piece together a murder mystery that involves entire crime scenes being ripped from their foundations. Darren was able to speak with me about his new film, which could potentially be the first film of several to take place in this Abattoir film universe.

So originally this was based off a comic, right?

Yeah, it was based on a comic that I created back in 2010 or 2011 I believe. Even though the story has nothing to do with the comic book outside of it being set in the same world. So basically you can consider the comic book like a different story in the universe of Abattoir.

Do you plan on making any more films of stories within the same universe?

Yeah, there’s actually a sequel that’s already been written it’s called The Dwelling which is actually a prequel to the events taking place in New English. And you know, that’s the hope. You know, when we constructed this idea and made this whole thing up, I wanted to do something that I could do numerous things within. I think the idea is so unique and cool. You have this guy going town to town buying crime scenes, to ripping crime scenes out to create this ultimate haunted house, so to me the possibilities are endless. So the hope is yeah that this is the first of many Abattoir films that you see.

Aside from the comics, what other influences did you have in this film?

For me, I’m a huge fan of film noir, so I wanted to make a throwback film that kind of had the width of the 1940s and 50s hard-boiled detective movies. I love crime dramas so this has a very crime avenue element to it. More importantly, I just wanted to make a unique and different horror film. I wanted to make something people hadn’t seen before. I think that love it or hate it, Abattoir is not like other horror movies. And that for me, is what I wanted to do.

The opening credits reminded me a lot Se7en.

I love that. Yeah you know that’s funny, you just hit the nail on the head on both things. I’m a huge It Follows fan and I’m a huge Se7en fan. For the opening credits we did absolutely say - I definitely did want it to be like Se7en. The way that I kind of approach this whole universe and world was that I wanted it to have three different stories in it. I wanted there to be a murder mystery in Act I and I said I wanted it to be like Se7en. And then in Act II, I wanted it to be a town harboring a dark secret and I wanted to make it like The Wicker Man. Then for Act III, I wanted it to be more horror based and I wanted to go with more 'Hellraiser-y' and 'haunted house-y', so we really approached this as three separate movies as opposed to one movie. And I love It Follows as well. It Follows is 100%. It was probably my favorite horror film when it came out that year.

For the writing process of the script, what was that like? Did you kind of just have an outline and then hand it off to Chris like hey turn this into something awesome?

Well yeah, kind of. So Chris Monfette, he is the writer of this thing. And he sent me a script maybe four years ago and I loved it. I loved his writing, his approach to dialogue. So when I called him about doing the movie, I had a rough idea. I said here are the kind of rough ideas I have for this movie and he took that rough idea and said okay, I can take that and make it a film and so a few months later he gave me the script and I was like, this is it. It was awesome. And he has a very unique spin on dialogue which I love. His sensibility that relates to dialogue is my favorite part and that’s why I love this movie so much. The way they speak is so weird and so unique and so out of the box that I just love it.

I do agree that it’s very dialogue heavy. I appreciate that also cause it tells you rather than showing you every little thing. Just a quick liner and I got a full backstory, so yeah thanks for not dumbing it down for us.

Well thank you, I wanted to take an approach that would not treat the audience like they were stupid. Everything that you need to know is there in the dialogue, but you have to listen to what they’re saying. They might only say it one time but everything that needs to be known is there. I wish that was one of the things more films did because I love good dialogue and I think that was our biggest approach going into this, to tell this thing through dialogue and let audience listen to what the characters are actually saying.

Early on in the movie, there is a murder scene that we don’t really get to see, we only see Jessica’s reaction to it. How do you decide what violence was necessary to show?  [Because there’s a lot of gruesome parts in this film but it’s never gratuitous]

So when it came to that scene, I was trying to be a little classier than maybe I would have been about 10 years ago and showed a little bit more reservation. I think when you’re dealing with the death of kids, which is that scene; I think you have to handle it with a little more passion than just showing gratuitous violence. And going back to that film noir aspect, film noirs aren’t vicious and I think I wanted to keep it a little more subtle. And it eventually gets dark towards the end of the film, it goes to a dark place but I wanted you to basically have a slow burn into the horror of the film.

How was filming in New Orleans, which has a supernatural history of its own?

Yeah, it was good. New Orleans is a great city. There’s no shortage of things to do there so it was a great place to be. I was there during the summer and the winter, so it went from being extremely hot like literally 100 degrees and wanting to pass out from the heat to it being cool and almost borderline freezing. We shot in some amazing locations that were kind of destroyed by Katrina and so nothing had been done with them since, so it was crazy to be in a place and realize the devastation that occurred to be able to film in some of those places. The overall experience, I mean the crew was amazing there, the people were amazing there, so it was awesome.

Were there any creepy vibes or any moments like that?

Oh yeah haha. There were, uh one of the places we shot in which was a plantation, the guy who owned it was a unique character and uh, he was convinced that the house was haunted so much so that he refused to let anyone walk upstairs. He only let us shoot in the downstairs. He would tell us some pretty horrific stories of things he claimed happened upstairs. That was definitely a place where you got a creepy vibe and in fact, there’s very little production design done to that location. I mean you walked in there and you had paint chipping and peeling off the wall, you had the floor and walls made of mud. When you’re in a place like that, a place like New Orleans that’s got such culture and history, that yeah you got some interesting stories definitely.

The quote at the beginning of the film, did that come to you later or was it a direct influence on your story?

No that was in the script originally. I think that I am really fascinated by homes or houses because, ya know I did a movie called Mother’s Day which again deals with the uh, how you feel safe in your home and yet all it takes is one instance or someone to break into your house and all of a sudden your safe haven becomes your damnation. So I’ve always been fascinated with how we feel in our houses so that quote was something that we’d be thinking about and toying with in the script space.

It reminded me very much of American Horror Story: Murder House.

Just the fact that like a home can imprison such a tragedy that it leaves a stain or like an imprint on that home. That’s just a really cool concept to me.

Oh absolutely. And I have shot in some pretty horrific places. I shot a movie in Barcelona and I don’t believe in supernatural shit a lot but the tragedy that took place in this house in Barcelona, you felt it. When you walked in, you felt it. There was energy there, it was, it was this dark kind of weight you felt when you walked through the doors and so I do think we leave behind something when tragedy occurs. I mean you feel it at a funeral, you feel it when you go to someone’s funeral because there’s so much pain that people are going through that you feel that pain, it’s transferable. I think that’s where the whole idea for this came from.

Who’s your favorite character in the film?

I have two, well I like all of them obviously but I think that the cop is awesome because he’s like a good bad guy. But also Dayton Callie as Jebediah Crone, he’s a badass. He’s a great actor and a great villain, specifically when you realize at the very end why he’s doing what he’s doing. I think that Crone is the most interesting character in the movie, but Grady, the cop, I will always hold a place for.

Oh yeah, I think that’s why Jebediah is such a great villain. There’s a humility to him. What he’s doing is entirely messed up, but there’s a greater purpose beyond himself.

Yeah, I think that those make the best villains. A villain where you can kind of understand why they’re doing what they’re doing.

What is your favorite horror film of the last three years?

I think the horror film that's stayed with me the most which actually made me go like holy shit, was The Witch. I think that one really kind of struck me cause I was not prepared for it so I’d say that one is probably my favorite as of recently.

If you had an unlimited budget and endless resources, what project would take on?

Abattoir is available to purchase on Vudu,  iTunes, Amazon, Google Play and other VOD platforms.