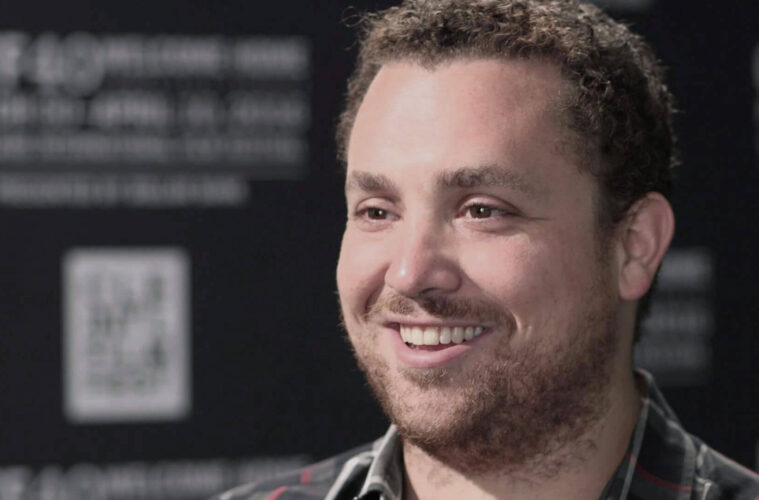 Matthew Ornstein is a writer, producer, and director. Accidental Courtesy: Daryl Davis, Race and America is the first feature film for Ornstein. The documentary film is a fascinating portrayal of Daryl Davis, a black musician who has taken it upon himself to befriend KKK members to ease race-related tensions in America. It is a compelling story about the purpose of an idealistic man in a world of ignorance. I was given the opportunity to interview Matthew Ornstein about his latest project.

Can you describe the moment you first heard about the story of Daryl Davis?

I first became aware of Daryl through a newspaper article about him. I was curious enough to look him and then read his book “Klan We Talk?” and then arranged to meet him.

At what point did you consider the subject matter to be worthy of documenting?
I saw a film in the material pretty much immediately, though not necessarily in the form it would eventually take. I believe fundamentally in what Daryl does, which made the decision easier.

Why do you think his story is so unique? Also, is it somewhat demoralizing to consider the rarity of a story like it?
I hadn’t looked at it in terms of the story’s rarity; I think that raises a good point. For me, it was more that race is such a crucial issue that we, as a society, on the whole, seem to approach over and over again from the exact same yet are surprised at the results. Daryl is a man doing it differently.

Do you believe it to be possible to influence other like-minded people like Daryl through this documentary?
Yes. But, we have always viewed that as a bonus, in the sense that by itself it wasn’t reason enough to make the film. If we have provided a cinematically satisfying experience that makes viewers think, I’m thrilled with that outcome. If beyond that the film influences others to take up their individual piece of this struggle, that’s more than we could hope for.

Did you view it as an opportune time to release a film such as this, when considering the current racial tensions in America?
I certainly don’t like to feel as though we are profiting from the current situation, but our screenings since then have been almost all sold out. But this is clearly a conversation people are eager to have right now, so we are happy to provide a vehicle for it.

What is your opinion on the severity of the KKK’s and comparable group’s influence in America? If in fact stated organizations still holds any significance.
I think that while their influence may have diminished, we have a President Elect who has very slow to refuse their endorsement. The way of life they stand for may be more or less a gone but they very much still exist.

What repercussions if any will occur with regards to the Donald Trump Presidency and race relations?
We are certainly already seeing through some of his proposed appointments that this administration does not consider race relations a priority. His Attorney General pick Sessions was too racist to be confirmed 30 years ago so not foreseeing a lot of help from the justice department. He famously said something along the lines of “I thought the Klan was ok until I found out they smoke pot.” I want to take this opportunity to tell people what I always do at the end of Q&A’s. If you are concerned about what is going on right now in America and you can afford to, I urge you to contribute to groups you can believe in. Even a little help. I recommend starting with the ACLU and SPLC.

How was the experience of directing your first feature film? And, how does this differ from directing music videos and short film?
I’ve always wanted to direct features, most of the videos I directed were ones with a story so I was edging that direction. Once we started production on Accidental Courtesy, it felt right almost immediately. I also had great support around me too. Great crew, editors, producers, my brother, and co-producer Noah who was involved from day one.

Is this a particular genre you would be curious to explore in the future?
My next project is thematically related I suppose. Many things interest me, and I hope to diversify a bit after that, but this is a genre I will continue to work in.

If you had infinite resources and budget, what is a fantasy project you would like to tackle?
Wow. Such a great question, so many answers I would like to give! Space is a first love of mine. My previous short film Atlantis was about the last space shuttle launch. I would love to do a film about the early days of the space program.

What is next for you?
Another documentary, which we start shooting in February. I’m not really talking about it yet, but it examines some of the same issues of attempting to break down the barriers of communication in contemporary America. Before that, look for a follow-up piece I did for this film starring Scott Shepherd.

Accidental Courtesy will begin showing at Cinema Village in New York on January 6.