After the Storm – Interview with Film Director Hirokazu Koreeda 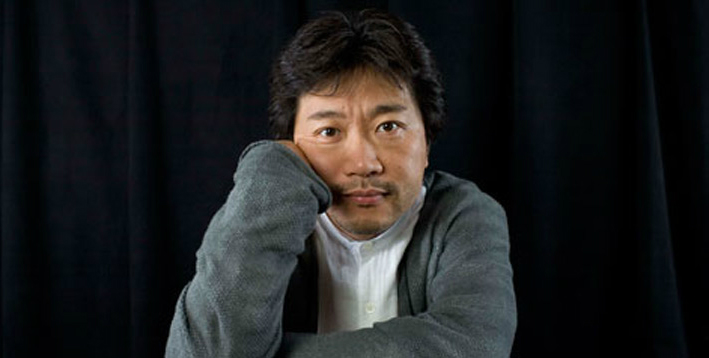 Movies. There are many ways to think about them. There’s high-brow and low-brow. There’s American cinema, African cinema, Asian cinema, and European cinema. There’s Hollywood movies and Bollywood movies. There are genre conventions and three-act structures. In truth, the set of permutations on ways to think about films are endless, but one of the more manageable, self-contained and rewarding ways to appreciate and examine film is to look at a filmmaker’s body of work. Sometimes, that body of work will be confusing: like how Phone Booth [2002] and Phantom of the Opera [2004] were made by the same guy. (Is the common thread hunky dark-haired male leads?) Yet other times, a filmmaker’s body of work can be likened to a precise pas de deux: purposeful, evocative and memorable; and, this is something that can definitely be said about a filmmaker like Hirokazu Koreeda.

To his fans and devotees, Hirokazu Koreeda needs no introduction. However, for the uninitiated, allow me to offer a brief overview: Koreeda is a Japanese filmmaker whose films often involve poignant explorations of family dynamics. His most recent film tells the tale of a middle-aged man named Ryota (Hiroshi Abe) who is struggling to carve out a path for himself as he navigates the identities that adulthood seems to be imposing on him: like that of a writer, a father, and a son to his aging mother. The film is called After the Storm [2016] and recently I had the opportunity to do a Q & A with Hirokazu Koreeda in relation to his work and this film. The interview does reference specific aspects of the film, but I would hesitate to call them spoilers. However, for the spoiler-averse, please view the film before reading the interview.

What music do you listen to personally?
Recently, Adele, Bjork, Japanese pop/rock – Quruli, Suga Shikao, Hanaregumi (which did the music for After the Storm), Utada Hikaru. I like singers with husky voices.

I found Glenn Gould (which he used for Like Father, Like Son) when I was looking for practice type of piano score for the documentary on Ina Elementary School (Mouhitotsu no kyouiku) and I did use Glen Gould’s for the doc.

Which writers, novels or filmmakers have influenced you most?
As a child, I loved the book Around The World in Eighty Days. I used to read a lot of Jules Verne, Hermann Hesse and Seaton back then. When I was a late teenager / at university, I read Nakajima Atsushi, Miyazawa Kenji, etc. These days, Kawakami Hiromi, Ogawa Yoko, Murakami Haruki, Raymond Carver, Rebecca Brown, Jhumpa Lahiri, etc. Film directors would be Fellini, Truffaut, Naruse Mikio, Robert Benton. There are many.

What was your favorite to shoot and why?
It was the scene where Ryota and his mother are listening to the radio late at night while separating out the pieces of incense from the ashes. I started writing the script from this scene. Also, the scene at the Octopus Slide at the park. The three are thinking different things; the son wishes to win 3 million $, the wife wishes for 3bucks and I think it is at this moment that Ryota finally realizes that it is over between them.

What was the most difficult to shoot and why?
The night scene of the octopus slide with the wind, the rain, and the lighting. We had to work with large fans that were very noisy in order to create the storm. Meanwhile, the old people living in the housing complex went to bed at 8:00 pm, so we were asked to not make noise after that. It didn’t get dark until 7:00 pm so really we only one hour a day to shoot the external storm scene, but we managed to do it in two days. The scene inside the octopus slide was shot on set, so we could do it another time.

The Japanese title of your film seems to reference a Teresa Teng song featured in your film. What motivated the decision to have a different title in English?
The title After The Storm was suggested by our sales agent and I really like it. In fact, I liked it so much I almost thought about using for the Japanese version as well. As far as we can hint that the grandmother’s line is coming from the music behind which we managed to do with subtitles, which was fine by me.

Conventionally men are characterized as logical and stoic and women are characterized as sentimental and delicate; yet in After the Storm, your female characters are the ones who tend to strong and logical.
I think the premise of this question is wrong. I certainly don’t believe that. In relationships, women are more logical and men are pathetic. When women get to a certain point they will end the relationship and move on, while the man will be soppy, because he just can’t believe the woman doesn’t like him anymore. I think that is the difference. Like the reference to an oil painting in movies,  women will paint the next relationship over the last one. Men are more sentimental and the past continues in parallel with the present relationship. They never really put it aside. They look back at what they had. That is why they cannot love the present.

Do you think we are all fated to become our parents?
I don’t see it as something you can’t escape, as something negative. At the same time, you can’t get out it that easily. At this age, I am starting to realize how much I am like my father.  The biological, inevitable aspects of our parents are there, but they are both good and bad. When Ryota tries to sell the ink stone, he receives a gift from his father which is the story of how he went around giving out his book. Whether it is good and bad, it is passed on to us

Near the end of the film, what was Ryota doing with the ashes of the burned incense?
In the scene where Ryota is cleaning the incense, he is also thinking back to the ritual after the funeral in which the bones of the deceased are removed from cremated ashes and placed in an urn. As he is doing this he is wondering, “What did his father think and feel about his life?”

Why did he choose “bedridden” over a quick death?
He doesn’t really understand what it is to die slowly. He isn’t in touch with this the reality yet and so he answers quickly without really thinking about it.

In your career, what’s the best advice you’ve received?
Hou Hsiao-Hsien has said to me, “Don’t decide where the camera position will be until you see how the actors will act it. You can’t know in advance.”

I do draw storyboards, but I know they will change. In other words, it is important to be flexible and prioritize what you sense is interesting as you work with actors, rather than stick to something preconceived.

Also, a TV producer once told me that you shouldn’t write a script with some vague audience in mind. You need to write it as if you are trying to speak to a specific person. I felt I was trying to communicate something to my mother when I wrote this and Still Walking. But once I started filming, I saw something else happening. It was my mother on the surface, but on some other level, I realized I had been trying to convey something to my father through these films.

With an infinite budget and unlimited resources, what project would you tackle next?

If I had limitless time and resources, I would probably not be able to make anything. I need a deadline to write a book and I feel that reality forces you to think. If I had too much money, I wouldn’t know what to do with it. In a way, budget restrictions and deadlines force you to think and help you come up with ideas. Think of a painter. They are given a certain size of canvas and a certain number of colors to work with and working within these parameters help them to imagine what can come out that.

Watch After the Storm via Amazon