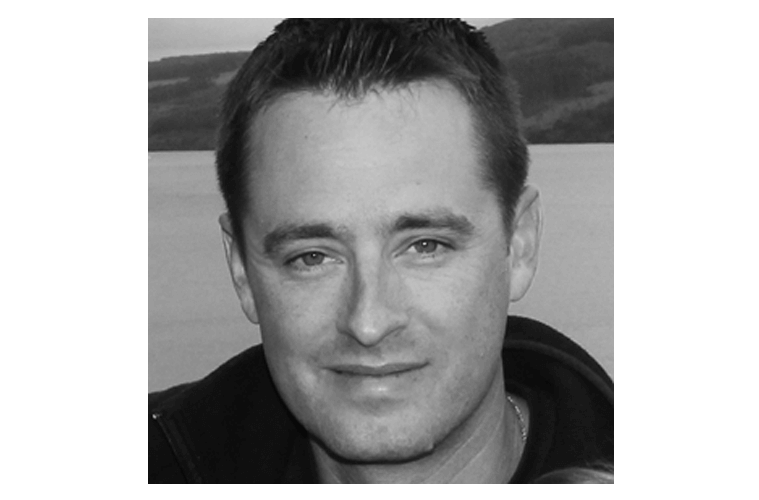 Sean Bloomfield is a director, producer, and editor. He is primarily a documentary filmmaker, however, he has also had writings published. The fundamental themes of his films are entirely centered on religion and spirituality.

Where does the fascination you have with exploring religion and spirituality originate?
I was not raised in any religious or even spiritual setting, but I’ve always had a deep curiosity about the bigger questions in life: Where do we come from? Why are we here? Where do we go in the end? As I grew up, I continued my search by learning about philosophy, poetry, world religions, and science—especially areas like physics and cosmology, which, to some scientists, seem to indicate the existence of what others might call God. Back then, I had a very poor opinion of religion. I would liken my former stance to the thoughts of Czeslaw Milosz in his poem "Theodicy":

No, it won’t do, my sweet theologians.
Desire will not save the morality of God.
If he created beings able to choose between good and evil,
And they chose, and the world lies in iniquity,
Nevertheless, there is pain, and the undeserved torture of creatures,
Which would find its explanation only by assuming
The existence of an archetypal Paradise
And a pre-human downfall so grave
That the world of matter received its shape from diabolic power.

Ultimately, however, my search took me to Medjugorje, which brought me to some surprising personal conclusions about our purpose here on earth. Still, I have never stopped searching.

Furthermore, what have your studies shown you about human beings, but more specifically, human nature?
Through my work, I’ve come to see human existence much in the same way Terrence Malick portrays it in his film, The Tree of Life (a favorite movie of mine and co-filmmaker Cimela Kidonakis). In a voiceover, one of the characters in that film says, “The nuns taught us there are two ways through life: the way of Nature and the way of Grace. You have to choose which one you'll follow.”

Grace, we’re told, “doesn't try to please itself. Accepts being slighted, forgotten, disliked. Accepts insults and injuries.” On the other hand, “Nature only wants to please itself…It finds reasons to be unhappy when all the world is shining around it. And love is smiling through all things.”

It’s easy to lose sight of the fact that our very existence is a miracle—whether one sees it as a miracle of God or a miracle of science (based on the odds of life even existing at all). While making Apparition Hill, we witnessed what I would think of as the best and most beautiful aspects of human nature. We brought people of different backgrounds and beliefs halfway around the world, some suffering from serious issues, and others simply searching. In the end, they put all their differences behind them and bonded in a beautiful way.

How did you first hear about Medjugorje?
My mother went there about 15 years ago. I was in college at the time, studying filmmaking and creative writing. When she came back, she was completely different—which scared me as much as it intrigued me. Six months later, she went back and brought me with her. I was extremely skeptical of the stories. I mean, it sounds crazy to say that the Virgin Mary is appearing in a little village in Bosnia-Herzegovina. But after two weeks there, I left convinced that something unique was going on. I went back many times to try to understand what that was.

What is the purpose of your film?
I think it serves many purposes. Number one, the underlying theme is love, and it’s manifested in many ways through the lives and actions of the main characters. Secondly, the film shows believers and non-believers alike that there’s no need for division and that the beauty of being human is that people can and do have different opinions on things. Instead of looking for differences, we should respect each other’s difference and bond on our shared humanity.

Do you think it may be somewhat irresponsible to perpetuate the idea of the miraculous?
We tried very hard not to impose any claims of miracles on the audience. We simply let our cameras roll and presented the experiences as they happened. We feel confident that we portrayed everything accurately because every person who was in the film—including the two atheists—loved the finished product and felt that we had been as honest and objective as possible. On the other hand, I admit that I feel we captured some instances of what many might call miraculous, but the audience can judge for themselves. What some might call miracles, others (like the atheists in the film) might call coincidences—and I’m fine with either interpretation.

Did you believe the first six and their story? Or did you think it was highly probable that the children told a lie?
When I first heard the story, I thought it sounded completely crazy. But after going there, and then especially after poring over the scientific research done on the six children, and then getting to know the children themselves, I became convinced that they certainly believe they are seeing a beautiful woman who claims to be the Virgin Mary. Is that really what they see? That’s a question that each person can answer on their own, and I hope that Apparition Hill can at least give them a glimpse into this truly unique phenomena.

Apparition Hill and your previous endeavors are virtually comprised solely from the documentary genre, what is appealing about this genre for you?
Each person in the world has a story; each person is a story. I actually love writing fiction and I’ve written one novel, but there’s something so raw and real about documentary filmmaking that really appeals to me. In a scripted film, the end product is certainly much different-looking than the journey it took to make the film. In a documentary, however, the filmmaker gets to be part of the journey and part of the story as it unfolds, and the audience gets to see the journey just as it happened.

Would you consider a project that deviates from your past experience?
Absolutely. I want to write and direct a feature—one that explores some of the same things that I love to explore, but one that also has a compelling story. I also hope to continue making documentaries that explore similar but different subjects.

If you had infinite resources and budget, what is a fantasy project you would like to tackle?
A feature film about Medjugorje, especially focusing on the early days, but not a propaganda piece—more like a film that leaves the question of the authenticity of the apparitions up to each viewer.

What is next for you?
We actually shot two films back to back in Medjugorje. The second is called Cross Mountain. Similar to Apparition Hill, we took a group of strangers there, but this time they were all college-aged kids and we went to an annual youth fest in Medjugorje. We will start post-production soon; we would have started earlier, but the success of Apparition Hill has kept our little team very busy!