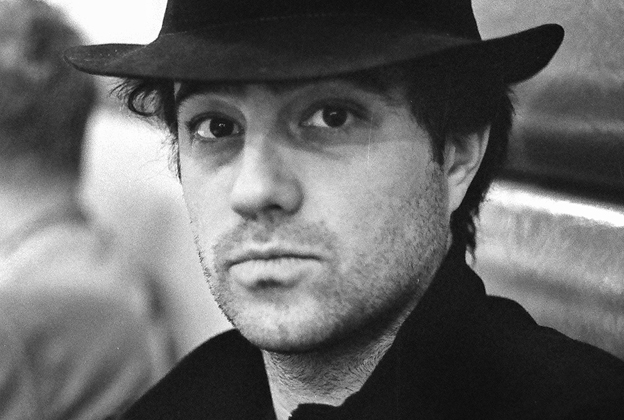 While most exorcism movies are about the possession itself, Ava's Possessions instead explores the victimization of possession. We don't get a derivative self-serious possession flick, but rather a look at what life is like after a demonic possession has occurred. The film follows Ava on her road to recovery after being body snatched for an entire month. With no recollection of the past, Ava is court mandated to attend a Spirit Possession Anonymous support group to pick up the pieces of her life and figure out what happened. I was able to send over some questions to writer/director Jordan Galland about how this innovative concept turned into his sophomore film.

What was the first movie that made you want to be a part of the film industry?

It was either The Godfather, A Clockwork Orange or The Shining. I watched them all when I was quite young, and I remember being babysat by my grandmother who took me to the video store—she didn’t exactly know what I was renting. I had known my parents wouldn’t let me rent them so this was my shot. It happened a couple times, and those movies really got me excited about making films.

What was the biggest lesson you learned from Alter Egos that you brought along with you to this one?

My biggest lesson was to try to make the cinematography closer to what was in my head. I don’t know what happened on Alter Egos exactly—maybe we didn’t have enough time or budget—but I allowed the look of the film to be more grounded and homemade looking, which to be fair, is what played for humour, and was what I told the DP, Chris Lavasseur, to do. But I know I was hoping to make it feel more fantastical like we had done with my first film, Rosencrantz and Guildenstern Are Undead. That’s why I really pushed for a fantasy quality with the cinematography on Ava's Possessions. And Adrian Correia the DP was amazing to work with.

This is one of the most original pieces I’ve seen in a while. You’ve probably been asked this a thousand times, but can you tell us about where this concept came from? Were there any outside influences?

In many ways this idea was born from my first short film, Smile for the Camera, which I tried to develop into a feature, and then that became something else, and then that became something else, and that fourth or fifth version of something involving demons became Ava's Possessions. I was struggling with a demon film idea for years, trying to find an original way into the genre. So then one day I realized it could be about someone recovering from demonic possession. I think Rosemary's Baby was the biggest influence for that. Following one female lead, mostly in her apartment and on the street in New York City, untangling this conspiracy. And I think Polanski's early film, Repulsion, is a template for that as well.

How much research, if any, did you do on the topics of black magic and possession when you were writing this or are these topics you’re already familiar with?

I was already very familiar with them from years of being a fan of that stuff, in fiction, non-fiction, and films. Umberto Eco’s Foucault's Pendulum was really my bible for a secret history of black magic.

Demon possession has long been used as an allegory for addiction; was that something you intended on addressing with this film?

It’s just joined at the hip, really. The word spirit means alcohol and it means demon, so it fell into place naturally in the story. It was interesting to explore demonic possession as an oddly practical problem to solve.

This movie does everything. It’s funny, it’s scary, there’s mystery and suspense. I don’t think I’ve ever seen a horror-comedy neo-noir. Is this something you intended on doing from the start or did it just fall together?

Thank you for saying that! Yes, it was my intention to work in multiple genres that way. And it’s always a fight because so many people want you to make up your mind, stick to one genre, so it was hard to get producers on board.  But actors and the crew love it because it’s  exhilarating to work on a film that feels like it hasn’t been done before.

I read that you had some constraints regarding color in your last film Alter Egos. The lighting and colors remind me of Beetlejuice with the intense saturation and bold blues, reds and greens, so I’m really glad there were no constraints this time around. Can you tell me about those constraints and why you wanted to bring color to Ava’s Possessions?

Ha, I sort of answered this question earlier, but will elaborate. In Alter Egos, we had a little less money, so that was part of it, but also, it was set entirely in daylight, and in the woods, so there was not much to justify colored lighting, and we were fighting the sun a lot. The color in that film came from the costumes only. Which was part of the vision. Ava's Possessions is completely the opposite in many ways. It’s mostly at night in the city so there are plenty of ways to justify colored lights, from neon signs, street lights, etc.

I know you have a music background as well, did you help Sean Lennon with the score?

I worked very closely with Sean on this score and even played some of the instruments myself. But Sean did most of the heavy lifting and composing.

Tell us about the casting process. Were these actors you already had in mind for your project?

Casting seemed almost endless. Once I got Louisa Krause on board for Ava, then I cast her family essentially to be believably related her. But we were casting other actors right up until shooting. We had a lot of auditions, which was exhausting but also wonderful because I was able to cast some great actors in smaller roles if they were nice enough and didn’t have an ego issue with it. Many actors came in for Tony and Roger, and they were so good, I begged them to do smaller roles, almost like cameos.

Louisa Krause is awesome in this; playing someone possessed can often come off very campy, but she nailed it. How was it working with her? Did you guys develop the character Ava together or did you already have her drawn up?

Louisa is a genius, and I couldn’t have been luckier. She essentially wrote a whole novel of backstory for her character the size of War and Peace and I never really saw it. She would sometimes allude to it. I just gave her a lot of movies to watch, from My Own Private Idaho to Silence of the Lambs and Girl Interrupted. Not for performance, but for mood and themes.

My favorite scene in the film is when she is in the lawyers office the first time, with Dan Fogler. It’s just really funny and dark, and it’s that exciting moment in the beginning of the story where the hero gets the ultimatum. Either do this thing or go to jail. So she has to do this recovery program. Oddly it was one of my least favorite scenes to film. It was the last day, and I was exhausted.

My favorite scene to film was probably something that was cut because chances are if I’m enjoying it too much it’s not as good as the scenes that are not fun to shoot. But probably the rooftop spell scene with Annabelle was my favorite to film, and my other favorite scene in the movie.

You do it all: writer, director, musician, editor. Do you prefer one over the others and why?

I love directing and would be happy to hire other talented people to do all those other jobs. I think it compromises the film a little when the director has to wear multiple hats because he will miss a detail somewhere. But it does make the movie more personal. It’s like handmade clothes.

I would want to make film adaptations of Foucault's Pendulum, Nabokav’s ADA or Marisha Pessl’s Night Film. Maybe as a mini series like 11.22.63 which I’m really enjoying.

A script I wrote called Devil's Fork is being prepped with producers at Fortress Features. It’s like Misery meets Memento.

Ava's Possessions is out now