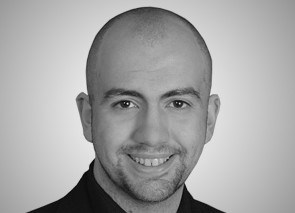 Recently we had a chance to ask some questions to first time director Alex Oshmyansky, director of the 360-degree virtual reality feature length film Career Opportunities in Organized Crime, the first feature film ever shot in such a unique and new way. We asked Oshmyansky about his background, his prior experiences, how exactly one shoots a film that can be viewed from virtually any angle, and about the film’s premiere at the South by Southwest festival in Austin, Texas from March 16th – March 18th, 2016.

Can you please introduce yourself to our readers?

You’ve mentioned having not made a movie before this. What is your background?

This is my first feature film. My background is actually as a doctor. I’m a radiologist who just completed my medical training. I was accepted both the film and medical school way back when, and I guess I’m finding a way to explore my other passion now.

How do you even begin to a make a movie like this?

It’s actually more straight-forward that you would think! Pretty much anyone can do it with an investment in a couple of cameras and fisheye lenses. The trick is that there is a ton of work in post that has to be done.

What interests you about this newer kind of filmmaking? What influenced your interest in it?

As a kid, like most people, I wanted to be in the movie with all the characters. Who didn’t want to be a Jedi or hang out with the gang from the Sopranos? This type of filmmaking brings us one step closer to that.

What were your goals with this film?

It’s really an experimental film. There are so many things to try and play with, and I wanted to test out as much as I could. How far should the camera be from the actors? Can you do a VR close-up or put the camera really far away? How do you block for VR? The sheer volume of footage we shot doing a feature let us try a lot more things that we could have otherwise by doing shorts.

How do you shoot something like this? How do you account for anything that the audience could be looking at any time? Is the editing process different?

We used six cameras pointing in six different directions, then “stitched” the results in specialized post-processing software into one image. In some sense, there are a lot of similarities to VR Cinema and theater. Unlike directing a conventional film, you can’t force your audience to look at something. You can give the audience clues though about where they should look through blocking, camera placement, and audio cues.

You can use the same editing software for VR footage (I use Premiere), but the shots tend to be much longer in VR. Our film wound up being about 50 continuous long takes.

How did you pick the subject matter of “being recruited by the Russian mafia”? Is it a subject of any special importance to you?

I’ve always been a huge fan of both gangster films and the “mockumentary” style. I had wanted to make a film that combined them for some time. The VR film in a way is an homage to many of the classic gangster films of the 1920s and 1930s such as “The Public Enemy” and the original “Scarface.”

How was the process to have the film screened at South by Southwest?

We are going to set up a booth where people can reserve a time to put on a headset and watch the film, and will be showing it for three days straight. We will also have two of the actors from the film there in character, recruiting people for the mafia.

When can we expect a retail release?

Likely towards the end of April. We want it available to download relatively soon for all the people who just bought Oculus and Vive headsets.

What new kinds of films and/or experiences do you think could be done with this kind of filmmaking?

It’s really mind-boggling to think about the possibilities. Do you want to walk with Jesus at the crucifixion or walk on Mars? Almost any experience is available, and we are just now beginning to explore how to put narratives in these experiences.

Wow, good question. I’m a huge fan of high quality serialized narratives, and would love to try my hand at that if I ever was fortunate enough to have the chance. Perhaps Tolkien’s Silmarillion?

We have a development slate for more VR content set to come out over the next two years. I’m going to be working on making it happen!