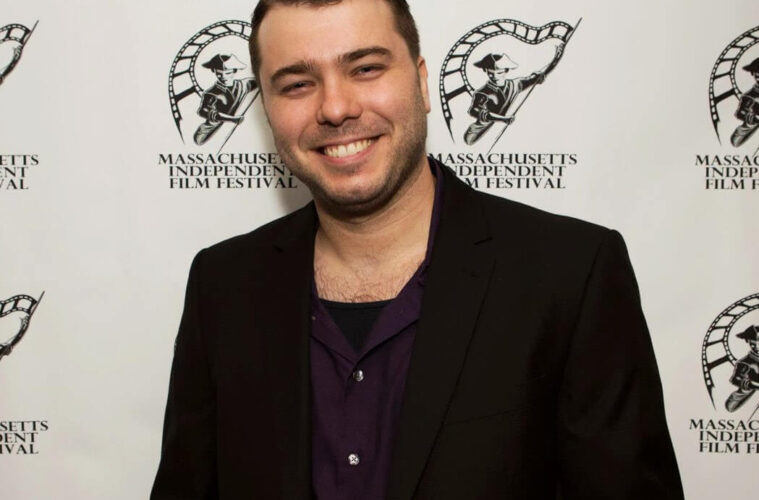 Christopher Di Nunzio is a writer, producer, and director. He has a varied catalogue of film experience, the most notable examples being Delusion and A Life Not to Follow. He has been a devotee of film for as long as he can remember and he is a fan of fellow Director Dario Argento.

Can you expound upon the themes of Delusion?

Delusion for me at its core is an art house film and one of the things we explore is grief. Part of that reason is I felt like when you lose a loved one especially after such a long connection like my main characters had it becomes really hard to get a grip with life and I felt like that type of emotional state would be great to play with. Not that it's a great thing to go through but we could blur the lines between reality and another world or what's real and what's not. I love surreal films and art and just thought this path would make for a good film. Supernatural or the spirit world is a theme as well. We have a main character in Frank who's an atheist and his wife Isabella who is not a religious person but very much a spiritual one. It also plays back to what's real and what's not. As you go through the film you have Frank trying to deal with his grief by trying to understand spirituality or what his wife was trying to see or feel. As the film plays out you have to make those decisions of is what Frank seeing real or is it all in his head.

What inspired the story behind the film?

That's hard to say because the script was taken from an old one I was working on and felt it just needed an update. I mixed in some new ideas and did a lot of last minute re-writes. I really wanted to make a film that was a little more obscure and challenging than my last one. I do remember wanting to personalize it by throwing in some crazy thoughts and theories I had or have discussed with people over the years. Like my main character I'm a little confused at how it all started.

You have a fair amount of experience working with David Graziano, could you explain the habit you have with casting him for roles?

David is someone who always gives 110% to his character and is really passionate about making films. I can get behind people who have a real passion to create. The main thing besides that I enjoy working with him is honestly he just fits the roles in the type of films I make. I tend to like mature actors as they usually have more character them. They have a lot of expression in their faces and when they give you a look it says something. That and he's very professional and is always prepared. As a director, I have a lot of confidence in an actor like him.

Did you gain inspiration or influence from film, literature or other artistic mediums for Delusion? Can you give examples of these influences and how they helped to shape the vision you had for the film?

Nothing too specific. Like I mentioned before I am just a big fan of surreal art and I also love Occult films and imagery. One of the things I wanted to accomplish was a lot more use of pans and controlled motion with the camera. Our DP Nolan Yee and I got together and watched a bunch of scenes from filmmaker Bella Tarr. Not that we tried to copy what he did but It got the inspiration going for cinematography. When we shot the scene in the car with Frank and Tommy driving I knew I wanted to go with one shot mostly from behind. That always kind of reminds me of Jean-Luc Godard's Vivre Sa Vie where we only see the back of the heads of two people talking. I really like French new wave and older Italian films. They have more natural performances and tell stories in a very creative way.

How was the experience whilst making Delusion compared with your past projects?

I've been really lucky to have hired some talented people who can also be professional over the years so our sets have been great. Not too many problems. Delusion was great too. I think it was just the fact that we had a lot of people who worked with me over and over again and we added the right new people to the mix. I'm the type of guy that if you come in prepared and ready to work and can be professional we're going to have a lot of fun and we did on Delusion. We had a lot of laughs but it also was a lot of hard work. The whole team pulled their own weight and communicated well together. I have to thank them again. Thank you cast and crew for all your hard work and efforts!

What makes Delusion memorable and distinctive in relation to other independent films?

That's really for the audience to judge not me. When I make a film it's really about what I want to see. I'm the only audience member that I'm concerned with at the time. If I don't like it there's no point of me doing it. I try not to reference a lot of films or use examples from films. When I do use them I try to keep it very minimal in hopes that even if you're copying someone from memory, from something you absorbed like an old film or piece of art, that you can still create something original or something that feels original. Even if you do reference I don't like to go back and watch it too much because your memory might play it differently and if it works for your film that's great. But again that's for the audience to decide so people should watch it and let me know.

You seem to have an appetite for juggling multiple roles for yourself, is there a reason behind this?

Yeah, not enough funding! One part of it is you want to get your hands on as many things so you can understand it as best you can but at the end of the day it's sometimes just cheaper and faster if you get it done yourself. As a director you have to work with every department so the more you can do and learn the better you are in the long run.

I have a lot of films I want to make but If I had a really big budget I want to tell a story set in ancient Japan. It would be about these massive clans going to war and the winner of the battle goes to claim the land and finds out it's possessed by demons of the past and they must fight to survive the night. It would be like if Akira Kurosawa made a crazy big budget horror film. It would be beautiful!

Right now I have a script for a feature crime film and I'm going to try to find funding and get some name actors attached. I have my fingers crossed and I'm thinking positive. I’m also working on a few scripts with a few other filmmakers. Hopefully, something gets off the ground soon. Also another film of mine A Life Not To Follow should be released in June. It should be a good year!

Delusion is available to rent or buy on Amazon and is free to watch for Amazon Prime users.