From the Kill Pen – Interview with Film Director Sharon Boeckle 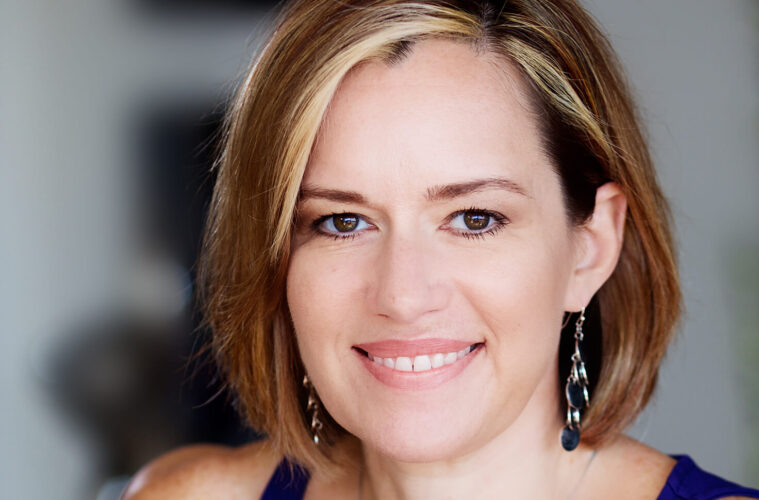 Sharon Boeckle’s second documentary From the Kill Pen is a deep dive into the gritty world of horse slaughtering and the potential selling of their meat. There is not much left to the imagination in some instances and whether that is something you would like to see on screen or not is a personal matter of opinion. The film also touches on the fact that if you happen to unknowingly eat horsemeat, you are most likely eating a horse that was drugged up at some point in his/her life. The film seems to be honest, is strikingly appalling and will leave you wondering what’s for dinner.

We have seen documentaries about animals being treated poorly and documentaries about the dynamics of how the food industry works, however, this is one of the first I’ve seen that properly combines those two. What made you interested in pursuing this project?
I’ve always been an animal lover, and very conscious of industrialized slaughter, which often results in the horrible treatment of animals for our economic benefit. To me, these two issues are inseparable for nearly all animals – pigs, cows, chickens, and the like. But when I learned about our industrialized pipeline for horse slaughter, which really does operate at an extreme underground level, I was shocked. I figured that if I didn’t know anything about the issue until just a few years ago, being as conscious as I am about the food industry and slaughter, that most of the population didn’t know either. It was a clearly a story that needed to be told.

What influences did you draw from when making From the Kill Pen?
I approached the film and its design with two key documentaries in mind – Inside Job and The Cove. After the market crash of 2008, there were lots of films that attempted to educate the public about the complexities of our financial system; most got bogged down in nuance and detail that made them difficult for audiences to follow, except Inside Job, which made me realize that complex issues need to be deconstructed carefully to make them understandable to the general public. The Cove, obviously, addresses the horrifying pipeline of dolphin slaughter and does so in a way that avoids gratuitous violence and shock-value imagery. In crafting From the Kill Pen, I went to great pains to avoid unnecessarily violent or gory imagery and at the same time present the audience with a clear, instructive explanation as to why this pipeline exists, what forces are driving it, and how it can be stopped.

This film has some disturbing images that some may find difficult to watch. What approach did you take in determining what shots stayed in the film and what should be cut because they crossed an inhumane line?
I cut the film at first with absolutely no disturbing imagery at all, to see how it would work. It didn’t. There were a few spots in the film which absolutely needed a clear image to match the descriptions of the transportation and slaughter aspects of the pipeline. You can’t explain why a captive bolt is ineffective on a horse without actually showing part of a botched attempt to use it. That being said, I kept the disturbing shots strictly to those elements, and so there are actually only a handful of minutes in the film where they appear. And, once the audience is about thirty minutes in, the film shifts exclusively to a focus on the economics and politics driving the pipeline and the rescue sanctuaries we feature, and there’s no more disturbing imagery at all. If they can hang in there, they’ll get all the information they need to stop the imagery that upset them in the first place.

One of my favorite parts of the film was in the second half when you had both sides of the debate arguing their cases. What led you to make that choice?
I don’t think it’s possible to understand any issue, no matter how heinous or shocking, without understanding the perspective from the other side. There’s an element of respect in doing that – giving voice to the “other side.” But we also can’t battle a system if we don’t understand the mindset driving it; you’ve got to know what you’re fighting against.

Now that you’ve seen so much about this topic and know what could potentially be in food, have you noticed a change in your diet?
Not really, because I would never have considered eating horse meat, and I have always been painfully aware of the nature of industrialized agriculture. But, I’ll bet the film changes the dietary habits and consumer choices of many viewers.

You had several roles in the making of this film including writing, directing and producing. Which was the most difficult, and why?
I had a nice level of support in producing, with my co-producer Tony Cane-Honeysett on board, and my associate producer Pete Roth. For me, the documentary film process is far more organic than narrative storytelling, which I’ve also done before, and so the big challenge in writing and directing is being patient enough to let the story take you where it needs to go. You can’t be too rigid – this is more like journalism, and the film evolves from interview to interview, and you’ve got to be flexible enough to let it do its thing and lead you to where you need to go. And then, you’ve got to know when it’s time for the final cut; that’s probably the hardest part.

If you had infinite resources and budget, what is a fantasy project you would like to tackle?
Infinite resources?!? Wow. Well, if such a thing exists, the sky’s the limit, right? I could set up a production unit on Mars to document the first tourists from Earth arriving on SpaceX. I’ll put Elon Musk on my call list this week! But really, if a story needs to be told, a doc filmmaker will find a way – infinite resources, limited resources, or no resources. I did my first documentary film, Vendemmia, in a country where I didn’t live, in a language I didn’t speak, and with money, I didn’t have. Like From the Kill Pen, my team and I just figured out how to make it work. If the story is good, you just figure it out and make it happen, money or no.

Are you working on any new projects now that you would like to let our readers know about?
I never reveal too much about projects until they are well underway. I’ve learned the hard way that ideas get swiped very easily in this business and so I’m pretty careful now. But call me in a year – I’ve got some exciting stuff in the works.

From the Kill Pen is available to own/rent on Amazon
and can also be watched through a membership with Amazon Prime.