Who or what motivated you to pursue filmmaking?
I was fascinated with film from a very young age. Cinema has the power to completely transport you to another world and immerses you in all these different stories, and for a few hours make you forget about everything else going on in your own life. As a child, I and my brother would spend countless hours filming short clips and videos with an old camcorder or attempt to recreate scenes from our favorite movies. So I always had a passion for filmmaking, and once I found out that people actually did this as a job, that was all I wanted to do.

How does your film primarily differentiate or distinguish itself from other work?
‘Gridlock’ was my attempt at creating an American style thriller but with a uniquely Irish feel. Not only is there a dark vein of black humor running throughout, which we Irish are renowned for, but ‘Gridlock’ is also a very high-concept genre piece: a girl goes missing during a traffic jam, and everyone is a suspect. Instead of being filmed on say a big freeway or in a city, however, where you might typically expect this story to be set, the action 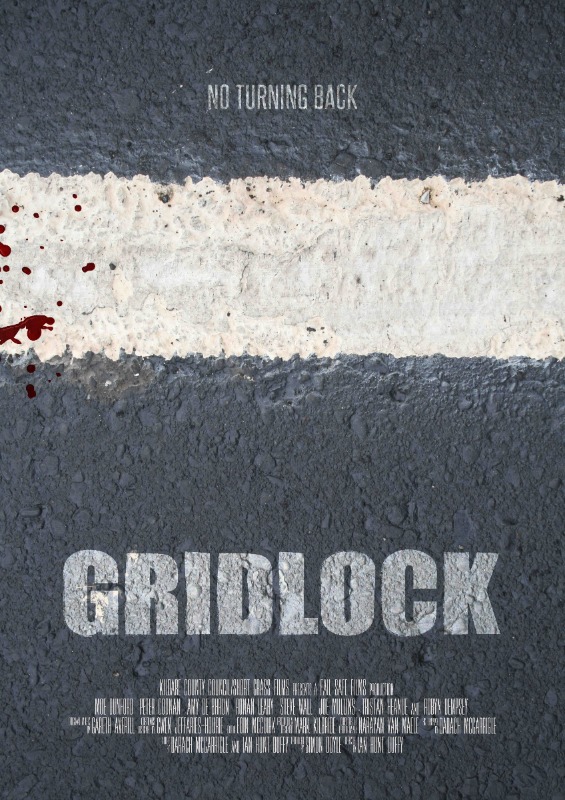 takes place in a small rural setting along a quiet country road, and I think this juxtaposition is interesting. It’s also a mystery thriller designed to engage and involve the audience first. The ‘whodunnit’ mystery gets the audience invested in the story, guessing what will happen next or who they think is responsible, and so hopefully stands out amongst a programme of other short films.

What's some of the best advice you've received?
Probably the best advice I’ve gotten is to just try and make work that excites you personally, that you’re truly passionate about, and develop your own style. By in large, you will be defined by the style and genre of your last film, so it’s important to be true to yourself and make films that are representative of the ones you want to continue to make in the future.

What message are you most hoping to get across with this film?
When it comes to suspense, as a filmmaker you’re always going to be in debt to the master himself, Alfred Hitchcock. There are also a number of American thrillers that ‘Gridlock’ would shares elements with, such as the opening of ‘Falling Down’ or the paranoia and suspicion found in John Carpenter’s ‘The Thing’. But myself and writer Darach McGarrigle were really influenced by old television shows like ‘The Twilight Zone’ or, once again, ‘Alfred Hitchcock Presents’. These shows managed to fit a huge amount of tension and suspense into a 20-minute episode, so we wanted to see if we could achieve that with a short film and create an exciting mystery for an audience to solve.

How does this story relate to decisions you've made in your own life?
It’s a very collaborative process, and so I try to surround myself with the best crew possible. I’m a very visually led director, so after the first read of a script I try to take note of any shots or visuals that came to mind, any initial feelings or ideas, and then develop my shotlist working closely with my Director of Photography and Production Designer to develop the style I want to achieve. I also like to bring in the Sound Designer and Composer early on in pre-production to discuss possible ideas and motifs, anything that might inspire or influence how I will cover a scene. The most collaborative part of the process and the most important job facing a director I feel is casting, and where possible I try to workshop and rehearse the script with my actors weeks in advance to develop a rhythm and shorthand, but always leaving just enough room for exploration and discovery on set. Often a performance might change how I had initially pictured a scene and my blocking and shotlist would adapt to accommodate this. Elsewhere a better shot or angle might present itself on the day, or we might be up against it for time, so you always have to be open to improvisation and willing to change things when necessary.