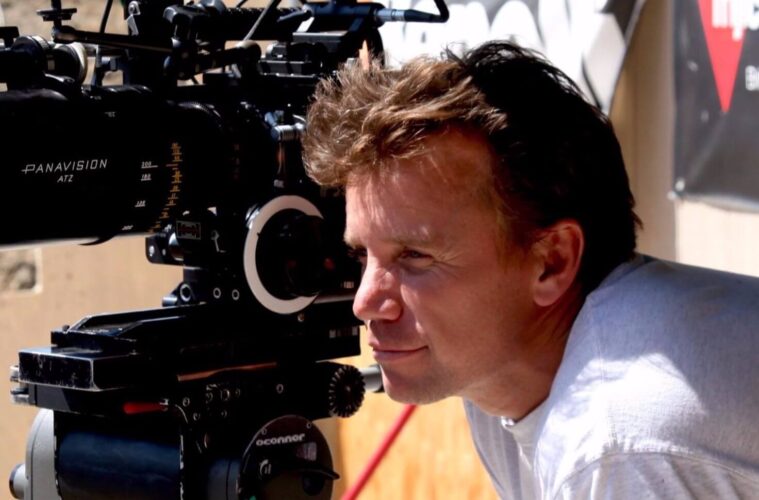 Writer and director Travis Milloy's sophomore effort Infinity Chamber is a science fiction thriller wrapped inside of a mystery box controlled by an AI of the highest caliber. Travis was gracious enough to give some insight into his low budget, high concept film which is currently available on VOD services for those who want a cozy night in to unravel their minds.

Why is it important for you to make films?
I’m a storyteller and film, in my perspective, is the ultimate medium. I’ve loved films my entire life and couldn’t imagine doing anything else.

What films have had the biggest impact in your life and why?
Jaws. It was a movie that thrilled and terrified me as a child and I was so blown away by the affect that a movie could have on an entire culture. The fact that Jaws terrified the world from going swimming was something that had a massive impact on me. All I knew was that I wanted to tell similar stories.

Where did the concept for this film originate from?
I saw a news article about prisons becoming automated in America. I was struck by the notion of what would happen if you were in a computerized prison and something went wrong. I’m fascinated by our relationship with technology and where that could be heading.

Why did you change the name from Somnio to Infinity Chamber?
We felt that Somnio was something a bit abstract and that our film would not reach as big of an audience than with a title like Infinity Chamber. Whenever someone asked me what the name of our movie was, I would say Somnio, they always said, “what?” When I now tell them Infinity Chamber, they get it.

What were the largest hurdles overcome through this production?
Because of the self-contained nature of the story and that we were limited to mostly one location, the real challenge was telling a story that was both thrilling and intriguing under those restrictions.

What are you most trying to convey with this story?
This story is an exploration of what happens when your only relationship is one that is provided by technology and is artificial. What truly happens to the human condition without a real connection to others.

If you had infinite resources and budget, what is a fantasy project you would like to tackle?
I have a script that is an apocalyptic, dark comedy monster movie. I’ve considered it for my next project but I knew if I did it on a low budget it would hurt the movie.

What's next for you?
I have several projects that I’ve written that other directors are trying to bring to the screen. I have an independent film I hope to shoot next year.