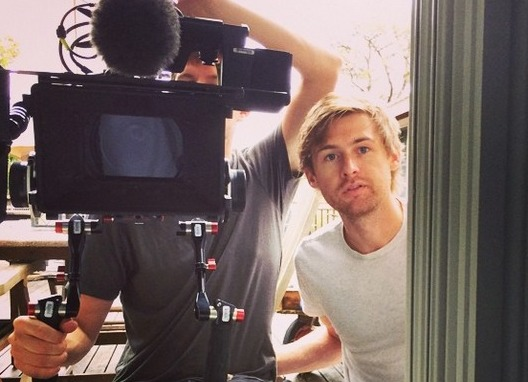 Jane Wants a Boyfriend follows the story of Jane, a woman on the autism spectrum, whose budding confidence embarks her on a quest for love. When we see works pertaining to autism, it more often than not includes a male protagonist, a male perspective. Jane Wants a Boyfriend is an endearing examination on the disorder through a female perspective.  Not only is this film about Jane’s romantic relationship with her suitor Jack, it is a film about Jane’s relationship with her sister, Bianca, and most importantly, Jane’s relationship with herself. Director William Sullivan was more than happy to shed some light on his sophomore film.

How did you get involved in filmmaking?

When wasn’t I involved in filmmaking. As so0n as I got my hands on a mini-dv camera, I started convincing friends to come over after school and shoot short videos with me. Actions movies, horror movies, comedies, we were all pretty intense about it. When my friends grew out of this phase, I never did.

I know you’ve worked with Jarret Kerr on a previous film. Did he come to you first with this script?

I love Jar and we got way back.  We knew each other in school, and then in 2012, we did a film called “Percival’s Big Night” which was adapted from an off-off-off (off) broadway play. Once we wrapped that we were always looking at Jane as the next project - and we spent a long time workshopping this script, researching the subject matter, and figuring out how to get it off the ground. What makes him a great writer is his collaborative spirit, and the self-awareness to know that the script/story are an ever evolving thing.

Why did you want to make this film? What drew you in?

I try not to take on projects unless there is a really powerful reason to tell a story. This subject matter really spoke to me personally - and this theme that "everyone is worthy of love" was the driving force for me.  At the time, we were working on the script I was looking for a boyfriend and had my own doubts and insecurities about whether I deserved love. Jane is an extremely brave character. Although the world around her looks at her a certain way, she is at a pivotal moment when she finally has the courage to raise her voice, and pursue her dreams, even when there are lots of obstacles in her way.

You and Jarret have been working on this film for over two years. How were you able to get this project off the ground? How long was pre-production, filming, and post-production?

We got it off the ground by surrounding ourself with a community that believed in the story and trusted we would do it justice. Many people involved -  crew and cast - recognized this was a passion project, and really supported the production in ways that might have typically fallen outside their usual responsibilities.

You, like a lot of independent filmmakers, turned to Kickstarter to raise money for your project. How much were you able to raise in total and what was that experience like?

I used to look at it as a necessary evil. But now I look at it as an important part of the process. If you're just begging family and friends for money every time you crowdfund, you’re missing an opportunity. I've been very inspired by Emily Best at Seed Spark to look at crowdfunding as audience building - and really pushing yourself to hone in on the kind of person who is going to want to watch your film when it's done. Jane's crowdfunding campaign was great motivation for us to start doing outreach within the autism community. People also came out of the woodwork to donate thing that wasn't necessarily money - we had someone reach out offering to cut a trailer for us, other asking how they can help. That would never happen if you didn't put yourself and your project out there.

Characters on the autism spectrum are certainly not common in mainstream media, so it was very refreshing watching this. I think you do a great job at showing us exactly how Jane feels when she’s overstimulated or overwhelmed. What was most challenging in telling Jane’s story?

Editing. Louisa Krause is a brilliant performer, but because we didn’t have a tremendous amount of time to prep with her, we had Louisa experiment and try different things on set. Then our editor Casey O’Donnell spent hours creating the character of Jane in the editing room, pushing the performance to the place on the spectrum that felt most appropriate.

Can you tell me a bit about the casting process? How did you get both Eliza and Louisa on board?

Our casting director - Stephanie Holbrook - searched high and low the create this amazing cast. She is so talented, and really grasped the very specific tone we were going for with this story. I had always admired Eliza and felt like she was capable of showcasing a side of her acting that nobody had seen before, and were lucky to get her on board very early. Gabriel Ebert (who plays Jack) was the second actor on board, and we slowly built out our family from there.

I’ve read some interviews with Louisa on her preparation for Ava’s Possessions and she does some pretty intense character studies.  How much research did both you and Louisa do in preparation for this role?

As I mentioned, we didn’t have a huge amount of time to prepare, but Jarret and I had done our homework and were able to answer any questions that Louisa had. Ultimately I think Louisa’s audition spoke for itself, and we got the thumbs up from our autism consultant - Kerry Magro - so we felt like, as a group, we could proceed into production confidently, knowing we were headed in the right direction. This character definitely required some stamina of Louisa, who stayed in character on set as much as possible.

Why not cast someone with Aspergers, similar to how Breaking Bad cast RJ Mitte who has cerebral palsy?

Great question! I was very open to that, and we did bring in a few individuals on were on the spectrum. I think casting is all about keeping an open mind. But when you find the one, you find the one.

I feel this movie is very relatable to all audiences in its theme of self-confidence and independence. What is the main thing you want audiences to take away from this movie?

Just because someone is different from you, doesn’t mean they are any less. Everyone wants love.  I love breaking down the idea of “The Other”  - I think because the film is a comedy, it strips away pre-convinced notions through humor.

My favorite scene is when Jack and Jane meet for the first time, and they have their odd interaction at the bar. It’s the very first scene that we wrote, and it was captured exactly how I imagined it when reading the script, which almost never happens.

I don’t think any scenes were particularly harder than others, the shoot was so long that I think just keeping up our stamina was the biggest hurdle. Maybe the theater stuff was the hardest because of the scale — there were so many things going on at the same time in different places — putting on a play and weaving in the action of the story, it makes my brain hurt to think about it the logistics behind it.

You’ve got an unlimited budget and endless resources, what project do you tackle?

I'd love to make a bio-pic of Tennessee Williams that follows him leading up to the opening night of "A Streetcar Named Desire" on Broadway.

I’m working on a film with my husband, and actress/producer Sarah Wharton - It’s called The Ring Thing, about a woman who must overcome her family history of divorce in order to decide if marriage is right for her. I want to interweave the narrative story with dozens of interviews with real life married couples, divorcées, and other individuals in the LGBT community. I want the real story about what gay marriage looks like in 2016 - the good, the bad and the $500/hr divorce-lawyer version. I want to learn from those perspectives, keeping an open mind along the way. I’m excited to get started!