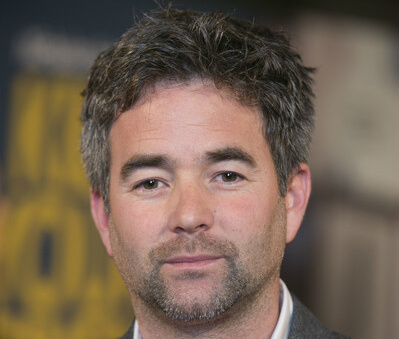 Kill your Friends (2015) is a film directed by Owen Harris, based on the wicked cult classic written by John Niven. Kill Your Friends is a black comedy that centers on young music executive Steven Stelfox, who will stop at nothing to further his career. I recently got to discuss to discuss the film with Harris and asked him questions ranging from how he landed his leading man, Nicholas Hoult, to how he got his start in filmmaking.

How did it feel to premiere the film at TIFF?
It was a great experience. When you’re making low budget independent films you never really know where they're going to end up - so it was obviously an honour to be invited. All films are like journey’s and being premiered at TIFF felt like a great way to end ours.

Kill Your Friends is a really successful cult novel, what did you keep in mind throughout filming to keep it with such a dark and unsettling tone?
I think the unsettling thing about the novel is the humor. Stelfox is such an unpleasant individual but you find yourself wanting to spend time with him. Not because of his great charm or wisdom - but because his slant on the world somehow poisons you and you find yourself going back for more. But a book you can put down if you want to take a breath - a film has to keep you - and so we needed to find ways to play with the humor versus the drama - so that it unsettled you whilst keeping you in your seat. Humor is fascinating - and I was interested to see how dark we could take a piece dramatically whilst still using humor to keep the piece entertaining. The book pulled it off and it was obviously our challenge to see if we could make the film work, whilst maintaining the character of the novel.

Steven Stelfox (the main character), is going to draw comparisons to Patrick Bateman from American Psycho. I personally did not see him as a raging sociopath. In what ways do you think that he differs from Bateman (if you are familiar with the character and movie title referenced)?
I was a big fan of American Psycho - so the comparison is both flattering and uncomfortable. We didn’t set out to remake American Psycho (just as we didn’t set out to remake Wolf of Wall Street - in fact, this film was slated to shoot a year before Wolf Of Wall Street came out) - we were simply trying to make a low-budget British movie punch above its weight. As for the characters - I think they’re both raging sociopaths - but maybe you’re more likely to meet Stelfox. For me, Patrick Bateman was a much more stylised Sociopath so the satire felt immediately sharper. But that’s what’s so scary about Stelfox - because his world view and humour is so very juvenile - but probably far more representative of the sort of sociopaths you’re likely to encounter in real life. And in terms of the film versions of both characters - that’s probably the main difference. Bateman was more chiselled and stylised, whereas Stelfox is alarmingly more juvenile and real.

I read that Nicholas Hoult not only starred but he also executive produced. How did he get involved? Did you already have him in mind for this part?
Finding Stelfox was a long, hard process - and getting Nick to play the role was largely down to a twist of timing and our good luck. Just as it’s easier not to sign bands - it’s also easier not to make films - and for obvious reasons, this was a film that could have very easily not been made. In fact, the film had fallen out of bed once and took a whole year to put back together - and getting Nick on board - both as the lead and as an Exec played a big part in getting the film back on its feet.

It’s a really challenging part to ask any actor to pull off and I think that we really wouldn’t have managed to make Stelfox work as well as we did without Nick. Stelfox is a largely charmless individual and you need someone that has a certain something that just makes you want to stick with him. Nick has an instant presence. He’s incredibly enjoyable to watch. And he has a mischief to his humour that worked well for the part. But ultimately, before he even opens his mouth he has a quality - a charm - that makes you want to forgive him - even though in the end you can’t.

What was the most difficult scene to film?
The murder scene was particularly tough. You obviously start out with grand plans - but when you’re shooting on tight schedules you have to constantly keep tailoring and rethinking so that you end up with something that you hope has big screen energy and style - but is ultimately shot in a fraction of the time. And choreographing a fight and (graphic) killing - with a dog - took a lot of nerve and luck - and ultimately trust from Nick and James.

How did writer John Niven's experience working at record companies influence each scene?
I was keen to remain as faithful as I could to the book - simply because of its authenticity. John always said - ‘the scariest thing about this film is that people will think it isn’t true’. So in the end - John’s voice and perspective on the industry is what informs the piece - and gives it a particular world view.

How did you choose the music for Kill Your Friends?
It was a fun piece to work on with regards to music and I really enjoyed the process of choosing the soundtrack and score for the film. I started out convinced that I didn’t want to make something that sounded like Now’97 - but as the process went on I started to realise that we could use certain in tracks in a way that was both entertaining and ironic. Stelfox’s narcissistic ‘breakdown’ in the book has the backdrop of Radiohead’s Karma Police - and we used other tracks from 97 in a similar way throughout the film. For instance - I didn’t for a second think that I would use ‘smack my bitch up’ for a murder scene - but in the end, it just seemed to work.

What album are you listening to right now?
Curiously the last thing I pressed play on was Coil’s ‘Backwards'.

How did you get involved with filmmaking?
It wasn’t the film school route. I sort of stumbled into the industry - via writing - and actually started out in commercials (I’ve been shooting commercials for about 15 years). I then started moving into long form with shows like Misfits and Black Mirror and a 90min BBC drama about Monty Python - and finally got an opportunity to shoot a feature film.

What film inspired you most as a filmmaker?
Punch Drunk Love.

You’ve got an infinite budget and all the time you need, what kind of project do you tackle?
It’s not really so much about budget and time - although both those things would be nice. I always enjoy a challenge - whatever that is. Something that challenges me not just as a filmmaker - but as a storyteller. Tonally interesting ideas that make you look at a subject or a genre in a different way. Having just made a film as dark and soulless as Kill Your Friends, I might be up for something with a bit of soul and humanity!

Lastly, what’s next for you?
I’ve just finished the first episode of the new Black Mirror series on Netflix - so I’m taking a little holiday!