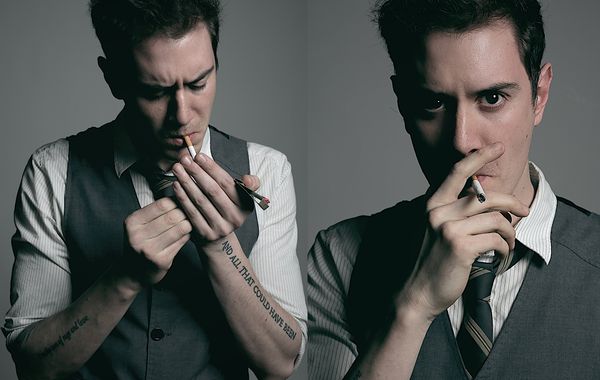 The Last Treasure Hunt is a film that explores the complex family dynamics among siblings through a unique treasure hunt their recently deceased father left behind. It’s a unique way of telling a relatable story written by lead actors Kate Murdoch and Oliver Nelson. In a recent discussion with director Patrick Biesemans, we discussed topics ranging from his influences to the process of choosing the film’s score.

I was around sixteen years old, my then girlfriend knew someone making an indie film on actual celluloid. She thought I might be into helping out as PA to see what it, it being filmmaking, was like. I worked some godawful non­union hours with an hour and half commute each day for two months, and the film didn’t turn out to be very good. But the experience of production shifted something significant in me, up to that point the only other thing I wanted to be was a comic book illustrator, but now I was addicted to the process of filmmaking.

Family bonds, especially the bonds of siblings is one of the themes that are at the center of the film. What drew you to exploring this subject, did you have any personal experiences with siblings that you pulled from for the filming?

I actually have the opposite experience, personally, than Oliver and Lucy do in the film. My younger brothers and I very close, sure they know how to get under my skin but not to the extent that the two protagonists of the film do to each other. And I think that’s what drew me to it; I’ve met people who just don’t know or even like their siblings. I’ve always found that interesting because my younger brother and I are very different flavors notes of the same palette. If that makes sense. Oliver and Lucy are their father’s personality if it were to be split down the middle.

The coastal island setting for the film served as a beautiful backdrop and important “character” in its own right, how did you decide on the setting and what was it like to film there?

Well Kate and Casey (Lucy and Oliver) wrote the screenplay with location in mind that they had access to. Kate’s family is part owner of the house we shot in. So that was decided before I had jumped onto the project. However, once I saw the location for myself it sealed the deal. It’s hard not to fall in love with every angle of that house, and the island, as you can imagine.

The film features a fantastic score by Jillian Abood that seems to capture the tone of the film perfectly, what do you as a filmmaker look for in a composer and how did you discover Abood?

I love moody moody atmospheric music, stuff that is both elegant and melancholy. In all honesty what I wanted originally was probably too moody for Treasure Hunt. But it ended up working out because I had intended for another composer to join us, but for one reason or another, it didn’t align. Casey, I believe, knew Jillian and recommended her for the film and that was a great choice, she really brought a sense of wonder and warmth to the imagery.

What were some of the most difficult challenges in the making of the film for you personally?

So many to choose from. I think the time constraints were incredibly challenging because inherently they become budgetary constraints. I think we shot for something like sixteen days straight and that can take a toll on you, on all sides of production. Because of the time constraints we had to rely on more handheld camera work than I prefer, just for the sake of keeping a tight schedule.

What was your favorite scene to film?

All the yelling scenes. I’m mostly a visual director so the drama of it all was really what I chewed on, it was exciting to get that kind of cathartic experience out of myself and the actors. I think if I had to pick just one, the scene on the beach when everything has fallen to shit and Oliver just unleashes everything on on Lucy. That was a hard day of filming but absolutely gratifying to see in the final cut.

What are your biggest personal influences as a filmmaker?

Your run of the mill filmmaker influences; I can watch anything directed by Mike Nichols over and over and keep learning. I love David Fincher for the technical level he achieves. As for specific films, Network, The Graduate, Boogie Nights, So on and on. But what I really influences me is photographers, namely the works of Gregory Crewdson, Todd Hido, and Guy Aroch. If you’re familiar with any of the I think you can see some of the influence in my work.

Toss up. Either a film about the late 1800s photographer Edward S. Curtis, and his fleeting effort to photograph and document every North American Indian tribe before they disappeared. Or, the Chinese Exclusion Act and the Immigration process on Angel Island, in the San Francisco bay, during the 1930s. Both grand scale historical moments.

Casey, Kate, and I have talked about doing another script they wrote. It’s something special, it’s like The Breakfast Club meets The Graduate, set in the 1990s, at least that’s the way I see it in my head. Too early to tell if it’s something we can get off the ground right away. Until then I’m developing a short film, with the help of Musicbed, about the night Orson Welles did his infamous broadcast of War of The Worlds during Halloween eve in 1938. He scared the shit of some unsuspecting towns.