Music cinema has a tempo, which is commonly known as pacing. In my opinion, pacing relates to the aspects of writing and the narrative fluidity of a scene or story. Tempo on the other hand, as with the passage of musical time, refers to the rate or speed of motions.

Now comes the ‘so what?’. So what if you use the word tempo over pacing, both of those terms can be used interchangeably during your everyday movie discussions and the meanings wouldn’t alter the idea one is trying to get across. This is true, being a stickler for some vague difference between the relation of these terms is the kind of pedantry you might hear from some film school know it all. But it’s really the implication of the term that is important for getting to the point at hand, which is that tempo is inextricably linked with time. So is the film image. Manipulating the rhythm of images, also known as film editing, is arguably the cinema’s most unique distinction from the other art forms, where acting borrows from the theater, cinematography borrows from photography, and so on and so forth. However, it is worth noting that the main difference between cinematography and photography is the passage of time. With the birth of the motion picture camera, cinematography allowed artists, for the first time, to take these impressions of time, imprinting them onto celluloid, which further reinforces the premise that time is at the very foundation of the cinema. For those of you familiar, I’m preaching quite the Tarkovskian doctrine here, that said some filmmakers are more conscious of time than most. The films of Bela Tarr, Chantal Akerman, and of course Andrei Tarkovsky are gold standard examples of the time-driven approach to cinema as is the nine and a half hour holocaust documentary Shoah (note that a film’s runtime has little to do with the theories presented). However, before getting into the depths of time-driven cinema it is time to ask another ‘so what?’. So what if cinema is this proposed time-driven medium? The majority of people watch movies as a way to explore new worlds and escape the pressures of everyday life anyway. Despite there being many great answers to this question, there is one that has resonated with me in profound ways — the human experience. Time-driven cinema is heavily dependent on the long take technique, as anyone familiar with the above examples could have surmised; which brings us back to the human experience. Jeanne Dielman, Chantal Akerman’s feminist masterpiece, tells the story of a single mother and part-time prostitute over the course of a few days. Though, what makes Jeanne Dielman, 23 Commerce Quay, 1080 Brussels [1975] interesting is the mechanics of the plot. Over the course of the film’s three-hour running time, nearly every scene of it takes place in Jeanne’s home and consists of long and rhythmic sequences, and long takes within those sequences, of the protagonist Jeanne doing everyday chores: cooking, cleaning, bathing, shopping, so on and so forth. 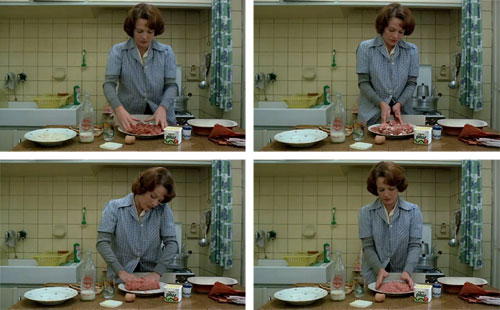 Very little occurs outside of this habitual cycle, it is literally three hours of watching a woman do chores in her home. The prostitution subplot only comes into play at the start and end of the narrative. So what are we left with? And on top of that, why is this considered to be one of the greatest films of all time according to BFI’s Sight and Sound Poll? My answer, as I mentioned, is that brings us into the experience of being human. We don’t get montage editing, we don’t get ideas of experience, instead, we get pure, raw, and unadulterated experience. We feel the course of time pass us by as we watch Jeanne live this repetitive, unfulfilling life. That said, the film is never boring, once one accepts the temporal rhythm (a rhythm that is essential for the film to work) the viewer will walk out of the film feeling like their consciousness has been altered. By the end, we’ve become so enmeshed in Jeanne’s experiences that we ourselves actually experience what she does, and walking away from the film can be liberating. Furthermore, it brings us into the experience of being a woman in this time and in this society where women had social roles they were expected to conform to. The time we spend with this woman, and the temporal flow of the film’s stylistic structure brings us into this world we haven’t experienced before and puts a mirror in front of us to reflect our complaints and grievances toward life with those of the protagonist. Though Jeanne is an admirable protagonist, she doesn’t complain about her situation, for her, it’s just life as it is.

I would like to conclude with one more example of a time-driven film and use it to explore the mechanics of the long take, Claude Lanzmann’s Shoah. Shoah is a documentary that strips itself of the common documentary tropes. Over the course of the nine-hour runtime, without using reenactments or archival footage, the film presents a series of interviews with holocaust survivors and former members of the Nazi party discussing their experiences. Like Jeanne Dielman, Shoah also employs a reflective use of time within the frame to form a completely different kind of experience for the viewer than more conventional forms of montage editing does. The long take is the most prominent cinematographic techniques utilized in Shoah, the very first shot of the film is a long take of Chelmno camp survivor, Simon Srebnik, singing and recollecting his experience. Most importantly, though, the long take in Shoah serves two important functions: first, it allows the subjects to express their thoughts in an uninterrupted moment of communication; second, it allows what was said and seen to appear more credible just by the very nature of the uninterrupted take. That being said there are additional effects drawn from the employment of this technique that result from those two listed functions, which will be further clarified. The subjects being able to express their thoughts without the interruption of a cut in the film results in an emotional response that could only be achieved through the use of the long take. It’s the feeling of lingering with the subject as they tell their story that connects the viewer with the image and the subject; thus, bringing the viewer into a temporal rhythm that the long take inherently specializes in. One example from the film is when Lanzmann is interviewing a barber who is explaining how he was ordered to cut the hair of the Jewish women brought into the Treblinka camp. The interview is captured in one take, and just as he is getting into the story of seeing his friend’s wife at the camp, he stops telling the story but continues cutting the hair of a man in his shop. The camera lingers with the barber, and the silence that persists for this moment in time along with the image of the man holding back his tears tells us everything we need to know about how this event significantly influenced his life. There is a true emotional power behind this rhythmic image because it has been left untouched. We are watching this moment unfold exactly as it did at that moment of time, the residue of the Treblinka camp and by extension the residue of the holocaust lives inside of this man and the viewer can do nothing but bear witness to a psychic pain brought to the surface through the cinematographic image, this is the very foundation of Shoah’s emotional power, and by extension the power of this time-driven form.

Then there is the second function of the long take, how it lent credibility to what was being seen and said. The long take in itself does not validate the testimonies and statements of the film’s subjects, but rather lends credibility to the filmmaker for allowing complete fidelity to the particular story that subject is telling or question that they are answering. Now of course not everything is shot in a long take, but those sequences that form that emotional cinematographic power I mentioned earlier. That said, the stories told through this uninterrupted discourse without the inclusion of archival footage or added sound design reinforces what is the oldest form of storytelling: a return to the oral tradition. Therefore, all of this results in Shoah not only being an important piece of cinema but also an essential piece of anthropology. That said, this temporal-driven approach to cinema is a challenging form, it is a type of film that is not in the least concerned with being entertaining. But if one can free themselves from the rigid preconception that cinema ‘needs’ to be entertaining, or ‘is supposed’ to do or be something, and open him or herself up to a new form of experience, then the rewards can be profound, and dare I say, life-changing. 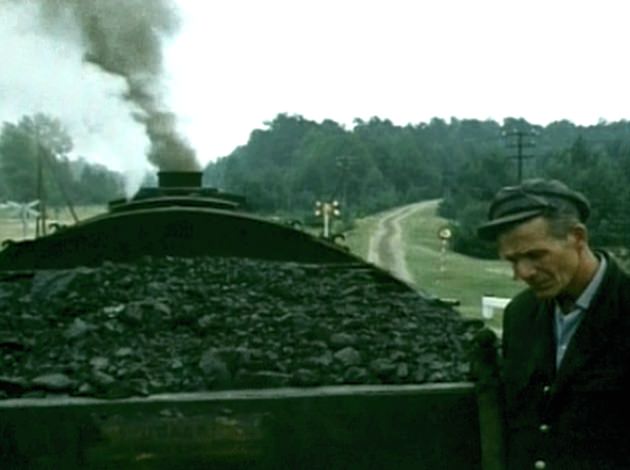