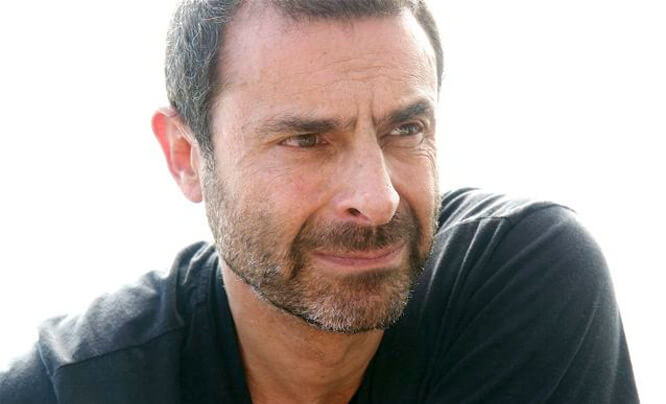 Director Barnet Bain’s latest film is the cinematic adaptation of Eckhart Tolle’s novel of the same name. Shot from the perspective of our titular character, Milton’s Secret explores the philosophy of alchemy and how Milton is able to deal with his issues through this spiritual process. When Milton’s grandfather (Donald Sutherland) visits the family, he teaches Milton how to truly find happiness in a world where he has no control over outside forces (a neighborhood bully) or a concrete resolution to his familial problems (his parents’ marital and financial problems).

Can you tell me a bit about how you came across this script and what you liked most about it?

The film is based on a work of juvenile literature meant for very young kids.  I received the galleys from the publisher, and immediately thought it would lend itself to a movie about families and the uncertain time's families live in.  I met with Eckhart Tolle who I had heard of, of course, but did not know, and discussed what I had in mind.  He encouraged me to go forward, so I began the process of developing the script until I felt the family dynamic was real and true.

Was bullying culture prevalent in your life as a child?

Well, no more than it is today, and probably no less.  It was not understood back then as abnormal behavior.  If you were bullied as I was from time to time, you sucked it up, sublimated your feelings, hurts, fear, humiliation, and carried on.  Of course, you can never really escape emotions that we shove down, they always resurface in some way, but that was less understood then.  So the bullying theme is an important one for me.  There is the obvious violence of bullying, physical and emotional -- that’s there, but more subtle is the violence we do to ourselves as a result of our internal bullying self-talk, "you’re not good enough, smart enough, rich enough, you’re too tall, thin, black, white.." you get the point.  The thing is this thought stream is a product that comes from outside ourselves.  The messages we receive from our families, schools, advertising and media, religions, culture in general.   It’s a hand me down worldview.  The physical bullying always starts from there whether you are a child on the playground or a banker on Wall Street.  It originates as an inside job.  That’s an important understanding, I thought, and worth building a movie on.

Were you able to meet with Eckhart Tolle and get some advice as to how to depict certain scenes from the book? What was the collaboration with him like?

I met with Eckhart one time.  He did not offer me any advice, but we agreed that he would review the script before we began, and I would not go forward without his approval.  I showed him the script, and he loved it.  He did not ask for anything to be changed.  That was quite an amazing vote of confidence.

Is this film aimed more at youth or parents of youth? Even though the film is about a young boy, it also focuses a great deal on the parents and how their actions affect Milton.

I want the film to be a family experience.  Parents will take certain things from it that children will miss, and parents will also gain, I hope, some insight into how certain habits and mindsets are automatically passed along to our children no matter how hard we try to do our best.   The major challenges in Milton’s life are more similar than dissimilar to those in most children's lives. Am I safe?  Do I belong?  Am I valuable for who I am or am I valued for what I do?  That’s a big one. Kids seem to be strongly relating to that.  And it’s a movie that stimulates a lot of family discussion.  That’s a good thing.

Can you tell us about the casting process? How were you about to get Michelle Rodriguez and Donald Sutherland on board?

Donald Sutherland has made 180 movies with everyone from Fellini, Altman, Roeg, you name it.  So there’s this history that comes along with Donald.  And you feel it.  Donald is a generous collaborator, knows exactly what’s happening always, always, what lens he’s on, everything, and that will keep you on your toes. Donald read the script and fell in love with the character.  He wrote me immediately, said he went to sleep, and when he woke up the next morning, his character, Stuart Howard’s slippers were already parked under his bed.  He was in.  Michelle Rodriguez contacted me through a mutual friend.  She had read the script, and she loved it.  She’s passionate about exposing children to all kinds of stories, especially those that show a different approach to life.  She wanted to be part of the project.

I noticed this film has a lot to do with spirituality and personal growth - would you consider yourself a spiritual person?

Yep.  In the sense that I am always looking for connections between myself and every other person or thing in the world!  I look for the oneness!

Above all, what do you want audiences to take away from this film?

Great question.  I’ve spent my entire adult life in the film world where projects are scripted and predictable.  But in real life, the amount of chaos that people have to handle is monumental and unprecedented.  Many are in overwhelm.  Fortunately, there is a skill-set that can be developed to meet the challenge of change.  It is self- awareness.  That’s what the movie about.

With an unlimited budget and endless resources, what project would you tackle?

I’ve been thinking about Zen and The Art of Motorcycle Maintenance for years.  I’d love to do that—a great character-driven drama with soul.

I’m writing a new script, and hope to be shooting this summer.

Milton's Secret is available to purchase on iTunes (as well as other streaming services)
and in selected cinemas near you.