My Nephew Emmett is nominated for a Best Live Action Short award at the 2018 Oscars. 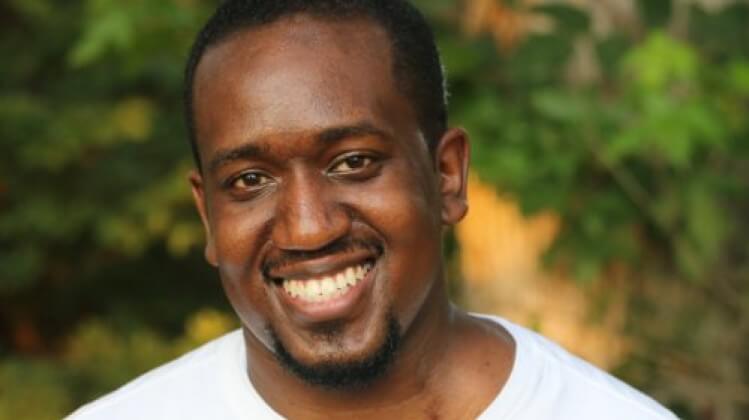 I never set out to become a filmmaker. I believe as a young child I was just engaging in various activities that naturally pushed me toward writing and directing. My mom would enroll me in photo-documentary camps over the summers or ask me to film different events. When I was in high school, I used to manipulate my powerpoint presentations in class so that they'd have opening credits and play like movies. I'd even put trailers in front of them. Folks thought I was joking and laughed, but I was dead serious. Even then though, I didn't know I wanted to make films. My goal was to be an actor and that's what I did until my sophomore year in college. Because I was journalism major who was acting in plays on campus at the time, I was encouraged to join the theater department. I enjoyed being a journalism major though and didn't want to transfer. Instead, I wrote a play about Emmett's [Till's] murder, only because I felt it was a story the campus needed to hear and see. Even then, I didn't intend on it manifesting into anything outside of me just putting on a production for that one moment. Because it was so successful, I was asked to shoot short films and do other things, so that summer I discovered a new found love for cinema and realized the power of the medium. That summer I watched "Do The Right Thing" every single day. It was through that film that I learned about film craft. I started reading all of Spike Lee's books and realized he attended NYU's Graduate Film Program so that's where I applied. The first time I applied, I got rejected. I was defeated, crushed. I cried like a baby. Years later, I reapplied and got waitlisted. Finally, after months of waiting, I was accepted. So my journey to making films hasn't been traditional by any means.

I try to make my films as personal as possible. I'm beginning to realize lately that making films for me is about exploration and in many ways, self-discovery. There are questions about the world and about myself that I have that in an effort to find an answer, I research and write a script. In "My Nephew Emmett", the question was, what does a protector feel when they are faced with the impossible dilemma of relinquishing control to someone who means harm for someone they are responsible for? I wanted to explore that pain and helplessness. I wanted to also explore the strength that people like Mose Wright (Emmett Till's Uncle) and Mamie Till (Emmett Till's mother) had to muster in those trying times and determine if I were capable of finding that same kind of strength in the various struggles I'm faced with. I wanted to know what Mose felt and as a father myself, what I would've felt if placed in a similar situation. It really is so timely because these are the same feelings that many parents, spouses, and loved ones of innocent people who have fallen victim to senseless violence feel daily. Especially violence that results in little to no accountability or justice. I think focusing heavily on perspective and trying to find myself somewhere in the work naturally sets it apart.

I was shadowing a wonderful director on an ABC Television Series a couple of years ago and during a lunch break, he told me that if I wanted to direct, then I needed to stop PA'ing, stop assisting people and get out and go direct films. That whatever I was doing is what people were going to think I wanted to do. He told me to take a leap of faith, sacrifice for a couple of years, and make films. That night I went home and reapplied to NYU's Graduate Film Program. In October "My Nephew Emmett" won the Gold Medal at the Student Academy Awards and I'll be finishing up the program this spring. Had he not said that to me, who knows what I'd be doing right now.

4.  What is the biggest lesson learned from the production of this film?
Before making this film, I had an idea about this, but it really hit home on this production:  Surround yourself with good people.  I really had an outstanding team around me.  Folks cared so much about the story that many, most, worked for free.  So many people poured everything they had into this project and it made my job a lot easier.  My cinematographer, Laura Valladao (who I feel is one of the most talented cinematographers in the world and one that folks need to watch out for) worked for free.  Her partner storyboarded the entire film for free.  Laura and I began meeting about the film six or seven months before we shot and she was totally invested.  She never complained and when I offered her a little money for the extra work she did in post-production, she refused it.  Having folks like her around you ensures that when times get tough (and they did get tough), you'll have someone to fight with you for your story.
5.  What's so important about this story, and why tell it now?
As long as human beings are being killed with little to no accountability, Emmett Till's story will be relevant.  Trayvon Martin makes this story relevant.  Eric Garner and Sandra Bland make this story relevant.  Tamir Rice makes this story relevant.  Jonathan Ferrell makes this story relevant.  Sean Bell, Oscar Grant, etc. etc. etc. etc.  We live in such divisive times where human lives still aren't being valued, especially black ones.  We've got to continue telling stories like Emmett's so that we can keep the conversation alive with the hope of finally moving toward some sort of justice for those who have fallen.