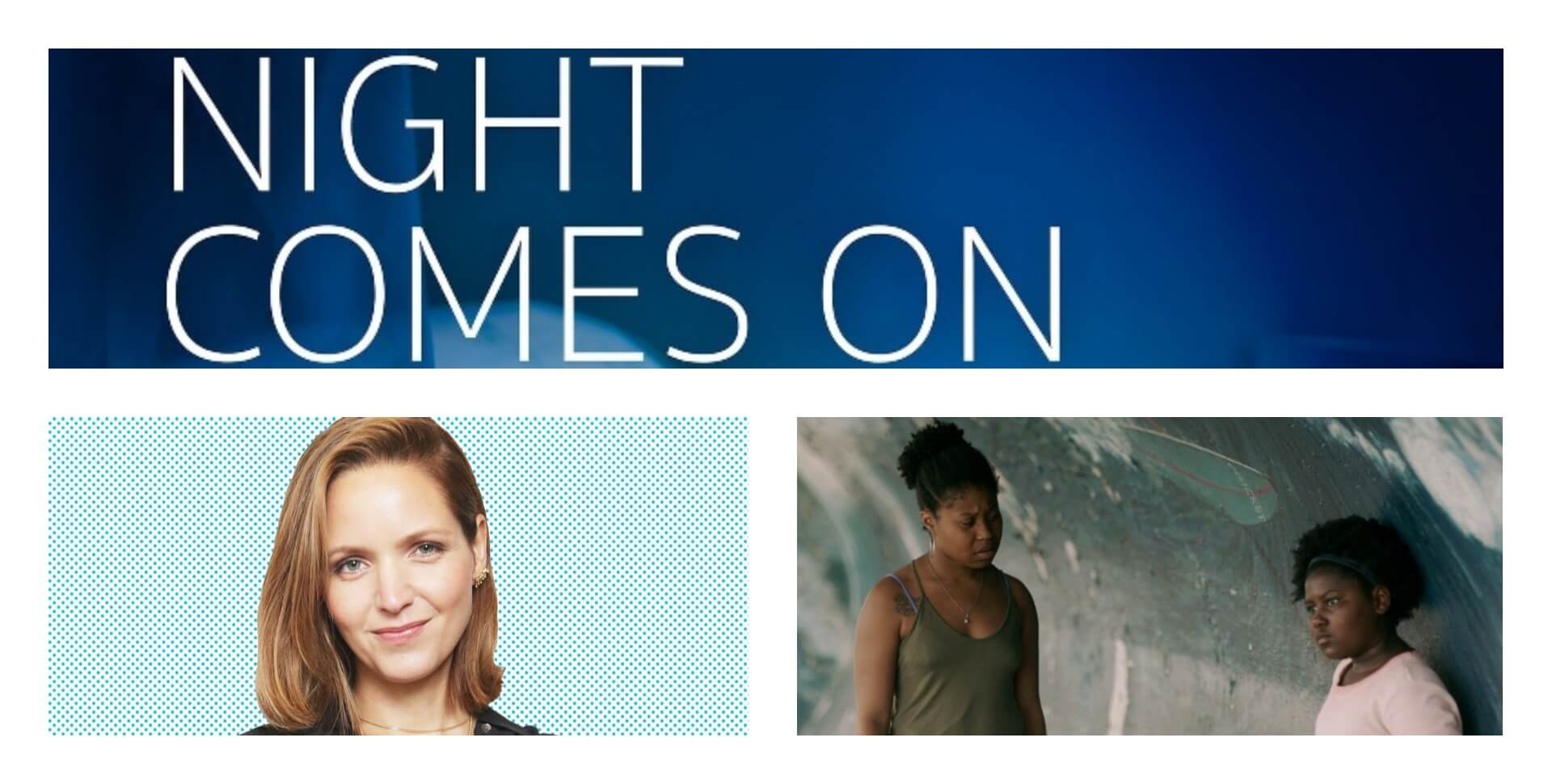 Night Comes On is a coming of age drama that marks the feature debut of Jordana Spiro. Spiro, most known for her work in front of the camera (Ozark), takes the director’s chair to focus her lens on a perspective often marginalized in film. Night Cones On follows Angel, a teenager fresh out of juvie, who sets out to avenge her mother’s murder with the help of her 10-year-old sister, Abby. In doing so, Angel not only embarks on a road of revenge but also one of self-healing.

How did you connect with Angelica Nwandu and start the writing process for Night Comes On?

I had been volunteering at a foster youth organization in LA called Peace 4 Kids when I started developing this story.  I left LA to study film at Columbia and this idea stuck with me.  So when I was ready to pursue it fully, I wanted to write it with someone who could speak to the process of aging out of foster care firsthand.  I reached out to the director of P4K, Zaid Gayle, to help match me up.  He knew me and the story I was working on, and he felt that Angelica, who was also a writer, might be a right fit.  We met and hit it off instantly.  At first, I thought I was looking for a kind of consultant, but it became clear quickly, that she was equally eager to roll up her sleeves and that we could work together as writing partners.

Were you comfortable telling a black narrative? As a black woman myself, I find it refreshing to see this perspective, but I appreciate that the story is not limited to just that. The themes of Night Comes On also translate to the female experience as a whole.

To be honest, there was no point was I was ever fully comfortable - because we decided that the characters would be black, and also because it was a foster youth narrative.  I had many moments where I thought I shouldn’t move forward with the story, yet at the same time, I had a lot of love and admiration for these characters, and abandoning the story didn’t seem like the right choice either.  But I felt a big responsibility to make sure that the reality and the details of that perspective were respectfully handled and portrayed.

At the end of the day, I do believe we all essentially want the same thing- to be safe, to be treated with dignity, to have purpose.  It was important to me that anyone can see themselves in Angel.  I want this film to speak to anyone sitting in that terrible lost feeling and hopefully feel less alone. And then for those who can take it for granted, to perhaps, gain a little more empathy for those who can not.

What was the casting process for the roles of Angel and Abby? Dominique Fishback never disappoints, but Tatum Marilyn Hall was such a pleasant surprise.

Dominique and I had actually acted together before. It was very brief and a matter of a few hours but I was intrigued.  So when I found out that she had written and was performing a one-woman show where she played 22 characters I went to see that and it was clear that was gifted.  And then when our casting director, Julie Schubert came on board, she immediately recommended I meet this incredible actress Dominique Fishback!  We needed so much from Angel because she is onscreen in almost every frame of the film, and yet doesn’t express with words this ocean of feelings that she is dealing with.  Dom is such an insatiably curious person, such a soulful person, so in addition to her talent, I knew we could rely on her to bring Angel’s silence to life.

We met our Abby through a casting search that took over a year.  I worked with 2 people, Marlena Skrobe and Olivia Creser who conducted the search.  They brought so much tenacity and creativity to that process.  Every weekend we would be out hanging flyers, approaching people on the street, they reached out to every kind of community group from NY to Pennsylvania.  They scouted Tatum at a step competition in the Bronx and they had an immediate gut feeling that they had just met Abby. It just became a matter of diving in with auditions to see if she could translate her natural charisma, vitality, and vulnerability into something that can be channeled on camera.   And I’m just blown away by her – she is a force in a 9-year-old body!

Is there a scene that didn't appear in the film but you really, really wanted it to? Why didn't it make the final cut?

Actually, there were only a couple of scenes that we cut early on because it was clear right away that they didn’t advance the story.

You've probably been asked this a thousand times by now, but how were you able to get this film off the ground and into an actual reality? I can only imagine the struggle of trying to get a gritty, female-directed film with a black protagonist into motion.

What do you mean, it was a piece of cake, the money just flew right in!  No, unfortunately you are correct.  It was really challenging, a thousand no’s.  But through force of will, and thanks to my relentless producers, Alvaro Valente and Jonathan Montepare who never gave up, we were able to pull it together with a great partnership with Danielle Renfrew Behrens of Superlative, in addition to a variety of grants, private funding, and incredible support from the Sundance Institute and Cinereach.  And then once we were greenlit, having a cast and crew who also understood the difficulty and gave the film so much love.

Has being an actor yourself made for an easy transition into directing? Is there a correlation between both experiences?

Certainly being comfortable with actors and understanding how quickly you need to move, and being used to set life was a huge advantage for me.  So, on the one hand, it felt like an organic transition, but for me, they are very different.  Personally, I felt I needed to go and study directing and get a foundation to express myself in shots and lenses and light and edits and all that stuff that now I love so much.

Night Comes On gave me some serious Moonlight vibes. Both are very much a character analysis and not a standard plot-driven film. Would say your focus on character comes from being an actor?

Actually, it’s kind of the other way around.  In that, because I’m drawn to psychology and the details of human behavior I wanted to be an actor.

If you could redo this film with an unlimited budget and infinite resources, what would you do differently?

Everyone who worked so hard on it would have been paid more!

What can we expect next from you?

Thanks for asking - I’m excited that Ozark season 2 is coming out August 31st and I just finished acting in this indie film, To the Stars, where I got to work with Shea Whigham, an actor I’ve always admired.  And as for directing, I am developing a couple of ideas now and hopefully will be able to tell you about them soon!

Watch Night Comes On on iTunes or Amazon