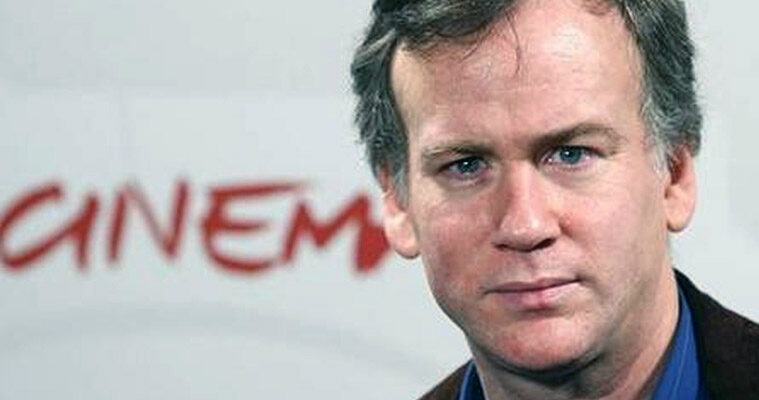 It’s been ten years since Director Steven Shainberg has been in the hot seat. For his latest film, Rupture, he’s teamed up with Writer Brian Nelson (Hard Candy) for a sci-fi horror film that has similar strands of DNA to that of Invasion of the Body Snatchers and Martyrs. The film stars the incredibly talented and incredibly ripped Noomi Rapace as Renee, a single mother trying to reunite with her son after being abducted by a seriously sketchy unknown organization.

Tell me a bit how you got this film off the ground? How did you come to team up with Brian Nelson for the script?
Originally working with the Producer Andrew Lazar on another film called “The Big Shoe” and started talking about other ideas and ran the idea by him for Rupture and I told him that there is a playwright in New York named David Ives (whom I adore and wrote an incredible brilliant play called “Venus in Fur” which Polanski made it into a movie) and I told him I wanted to work with David on something and maybe he would be right for it. David and I had a bunch of conversations and Lazar flew into New York. We all had lunch and after David had left, Lazar said to me, this guy is brilliant, he’s a literary writer, he’s fantastic. He has a great sense of humor but he’s not a genre writer. That’s what we need.  And I kind of opened my eyes and said Oh god, Yeah. you are right. I adore David and I thought this might be something we could do together. We then entered the process of reading a lot of scripts and looking at a lot of people who might be appropriate. We arrived at Brian Nelson who was a perfect choice and who is a wonderful genre writer but also an incredibly flexible, responsive collaborator. And that, in general, tends to be what I need.  Somebody who is willing to try something in a different way and go in a different direction and find something else. Just be flexible and kind of in it with me as I discover the movie that I am trying to make.

I got some major Giallo (Italian horror) vibes. Why use this particular style as a point of reference? Was this something your DP Karim Hussain had in mind from the start or did it develop later?
My approach is to always come in with a certain number of key questions: 1st and most important key question aesthetically from a lighting point of view and a color point of view and camera movement point of view and so forth. Was if the people at the facility where Noomi Rapace was taken have very sensitive eyes. Protect their eyes from pain. What are the colors and what was the lighting scheme that makes them feel the best? If you ask that question, you are free from that reality of a ... you are free from familiar reality. So it’s true we did look at Dario Argento movies and Italian horror movies, and we look at all sorts of things. The essential question was the driver. Which is to say you will get to yellows and pinks and purples by eliminating things that are familiar because these are very strange and unusual people at the facility and look for what is going to be unfamiliar and disconcerting to the audience. You want the audience to feel unnerved the same way that Noomi Rapace is unnerved.

How was working with Eugene Gearty? He is truly one of the best sound engineers in the game.
This is a question that I am actually thrilled to answer. Because almost nobody in fact out of the interviews that we’ve done, not a single person has talked about Sound of Music. Kind of amazing because the movie has very little dialogue in the moods being completely determined by the sounds of the music.  Before I talk about Eugene.  Sound is a thing which generates fear. If you are alone in the bed and u hear something in the other room, just a squeak of the door, you can immediately have a feeling of fear. it is in the sense just crucial element or more of a crucial element, but Eugene Gearty did all the door openings and all of the locks and the big effects and some subtle effects. Besides being a great buddy of mine, he’s just an absolute phenom in sound. I can communicate to him in various specific terms of about register and subtleness and heaviness. More metallic this or less metallic that. And he will come back with 10-12 amazing options. So. what one of the great pleasures of making movies for me is working with Eugene. I love him and he is great.

From what I gathered, fear is used as a tool for personal growth and the achieved status of rupture is the evolution. Where did the idea of fear as a catalyst come from? What is your biggest fear?
The idea didn’t come from anything other than personal experience. If you had any sensitivity to your own resistance to change you are experiencing fear. You can simultaneously have the need for massive change within yourself and the circumstances of your life. But not be able to actualize them because of your terror. The idea just comes from watching and from asking questions of what is holding me up here.In terms of the specifics of the theater, in Rupture, they are all mine. I’m afraid of a lot of things. My wife says that.

In terms of the specifics of the theater, in Rupture, they are all mine. I’m afraid of a lot of things. My wife says ...that I don’t really have enough courage anywhere except for filmmaking and on the page in terms of the subject matter. I don’t want to go to Amazon, I don’t want to go skydiving. I want to stay in my office and love my kids at night and read them stories. That is true.

Since the film was left open-ended, will there be more Rupture films, either a continuous arc or just set in the same universe?
Ask the Financiers.

What would you like audiences to take away from Rupture?
I don’t think about what the audience is taking. I think about what they are experiencing in the theater from the first movement to the last movement. What is supposed to be communicated here? Are they having the experience when the lights are down and the curtain is up and the darkness is enveloping the room? Are they having the dream that I am intending to give them?

At the end, Is there a relationship to their own terror as been something that they are more aware of then they were at the beginning of the movie. This is not a movie that is selling kind of message for them to take home and write down on a postcard for grandma.

I have to know, was there anything actually on Noomi during the spider scenes?
They used to ask David Lynch for years how did he make the baby in Eraserhead. He would never have answered because it is very important that it is a mystery. And that baby is a mystery. If you were to say to take a goat’s head and I combine it with some synthetic material and shake it in my studio. You would feel a lot more comfortable watching Eraserhead. I think it is much better not to answer that question. I should bow down to David Lynch as I have for my entire life.

If you had an infinite budget and unlimited resources, what would be your next project? And, what are you working on now?
I would make the movie that I’m trying to make which is called “The Big Shoe” If somebody gave me $10 million to make it, I could make it beautifully. That’s all I need is $10 million and I’ll make a great one.

Rupture is now in theaters and On Demand.