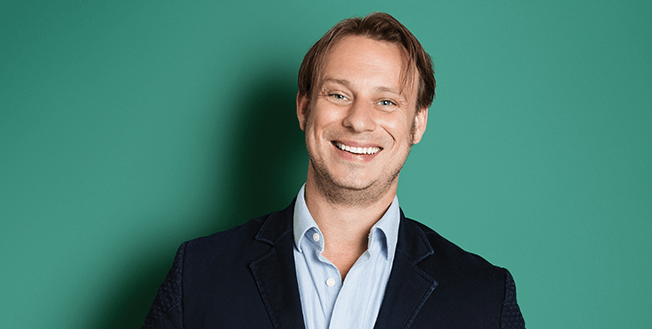 Director Otto Bell presented his documentary The Eagle Huntress at the 2017 Palm Springs International Film Festival. His debut movie, about a 13-year-old Mongolian girl who dreams of being the first female eagle hunter in her country, has garnered critical acclaim and was even named in the Oscar documentary feature shortlist. The English director provided insight about the filming process and his journey as a filmmaker.

You did an excellent job telling the protagonist Aisholpan’s story in what was essentially a man’s world. What was your technique in preserving some sort of childlike perspective in such a cutthroat environment?

I don’t know if I had a certain technique or tactic; it was mostly just observation. I was constantly struck by this duality to Aisholpan, so I just made sure that ended up in the film. I would see that she had Mongolian magazine clippings posted in her dorm room at school and I’d often see her interacting with her friends, so I tried to capture that because it was who she was as well. She loved going into town to look at the shops; that’s why it was nice to include a scene like that in the film.

Aisholpan and her father seem to have a perfect relationship with the eagles. Were there ever any moments of accidental injury?
Only to the crew. People who have seen the film have worried about that, but for them, it’s just their way of life. Especially Aisholpan’s dad, who is one of the best horsemen I have ever seen. The things he can do on horseback is incredible. Both of them have an impressive understanding of nature and their environment.

You’ve mentioned how you’ve done short films and small stories prior to The Eagle Huntress. How did you end up branching out and creating this heartwarming film in the first place?
I was definitely looking for a feature-length subject, but it’s pretty tough to make a feature documentary—not just from a logistics or financing point of view, it’s just really difficult to find a story that sustains, that people want to sit through 90 minutes. Often when you make a documentary, you have to fill in the blank. Something’s happening in the world that has occasioned the need for a documentary. I was lucky enough to find Aisholpan and start the story from there. I was actually there to experience and capture everything firsthand. That’s what I think gives the film that kind of fairytale-esque, clean-cut narrative. We were there from the get-go, and we were there when she succeeded.

The cinematography in The Eagle Huntress is fantastic. What did you shoot it on?
Because of our crummy budget, we actually used about seven cameras. The principle camera was a Red Epic, and then I had a pocket Blackmagic 4k camera on a drone. C-300’s, Canon 1-D’s, I used the Sony A7S when it came out because of its low-light capabilities (it allowed me to shoot more at night), Cinema Blackmagic, and the GoPros. I don’t really like GoPros since you have to be really careful when using them. In a scene where Aisholpan tries to get an eagle on a cliff, I had to get a harness specifically made for service animals to attach the GoPro onto the eagle, so that enabled us to put the camera right around the head for a clear shot. I also put one on Aisholpan as she tries to reach the nest.

How did you select Sia to be an influential part of the film’s soundtrack?
Morgan Spurlock (who came on as a producer) and I argued a lot about the music. He wanted it to be very poppy and I wanted it to be very impressionistic. So then he asked me who did I want to do the music, and in a petty way, I said, ‘You know what, Morgan? I would like Sia.’ Three weeks later, Morgan calls me to his office and plays me a beautiful song that Sia had written and recorded in a day. It ended up being  “Angel by the Wings”, created especially for the film.

The documentary features some natural animal fight scenes. How did you manage to keep the documentary family-friendly while still maintaining that faithful realism when shooting the footage?
There was a certain sequence that took 22 days to film, in glimpses, where we shot the scenes and put them all together. There was blood, and we actually had a slightly grizzlier version at Sundance where you saw more of it. But we were quite keen to make sure that it was suitable for kids, so we made sure to pull some of that material out of the theatrical version.

As a new film director, how do you put yourself out there so others can see your work?
At first, I did it by producing commercials and short documentary-style content, watching directors, and learning how to direct. I think advertising is a great way to get into the business while learning something as well. After my whole experiencing directing my first film, I no longer believe having a YouTube hit and hopefully going viral is the only way to get mass audiences. I am now a big believer in meeting the right people at a film festival and making connections. Going that grassroots approach makes for a better hands-on experience on what it really feels like in the industry.

What advice do you have for any aspiring filmmakers?
Clump together. Find an editor who is at the same stage as you, willing to work for free and is as delighted about the project as you are. Find someone who wants experience setting up a shoot and is exciting about it. And if you want to be a director, practice getting them excited. Because it’s no longer about attaching a name—all that stuff can come later. There is no heroism in the lone director out there applying his art. Clump together and build a village of people. It’s the easiest way to go about it.

The Eagle Huntress will be available to purchase on Amazon February 7.