The Space Between Us – Interview with Film Director Peter Chelsom 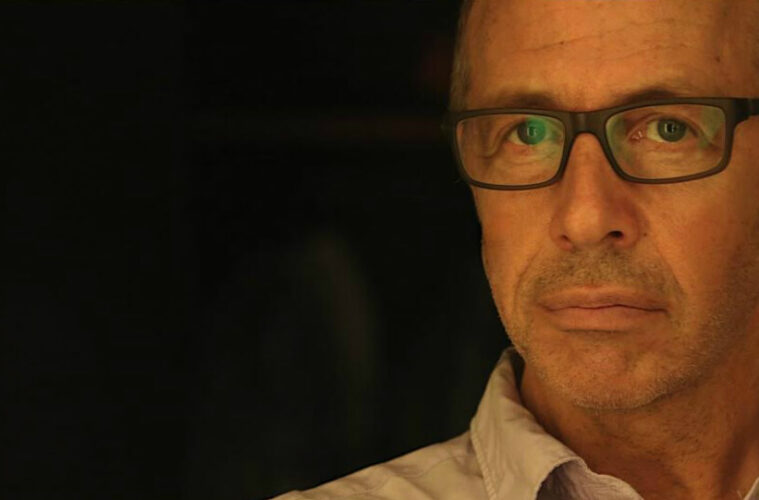 Peter Chelsom started his career as an actor in the UK, becoming a writer and director at 30, with his short film Treacle (1987) winning a BAFTA nomination. Chelsom went on to direct the quirky Hear My Song and Funny Bones, which won Best Picture at five European film festivals and the Peter Sellers Award for Comedy. Ignoring the lure of Hollywood for several years, he succumbed to its charms in 1999, making The Mighty and Town & Country. Pigeonholed into romantic comedies like Serendipity and Shall We Dance, Chelsom even directed Hannah Montana: The Movie.

In 2014 he found his feet again with the quirky Hector and the Search for Happiness for which the Monte Carlo Film Festival named him Best Director. Peter Chelsom spoke to us about his new film, The Space Between Us, a curious blend of Romance and Sci-Fi which centers around the first human born on Mars and his journey to earth where he experiences all the wonders of the planet with child-like innocence.

It’s been a few years since you last directed a film. Why did you choose to direct The Space Between Us?
Space travel and a huge use of special effects were something that excited me and an area I’d always wanted to work in. I love CGI, especially when it’s not evident, meaning when it doesn’t point to itself. When an audience comments that they loved the CGI, it kind of misses the point. It’s the story that matters most. And this was always a great story. I loved that it felt like a small film inside a big film. It knew what it was about, which for me was “isolation versus connection, amplified by the vastness of space”.

Mars is a popular topic at the moment – do you think the possibility that humans could actually live on Mars contributes to the appeal of this movie to audiences?
Yes. It’s much more real than we think. I went to SpaceX and actually had a half hour meeting with Elon Musk. You become aware of the conviction of one man and how that drives everything there. It’s an extraordinary place. They all wear T-shirts that say “Occupy Mars”!

How did you approach the scientific aspect and accuracy of the film?
I absolutely hate to do things without authority. I have to research and know everything. We were very intent on getting the science right. We had a brilliant NASA consultant (Scott Hubbard) who was around all the time. NASA was very pleased with how authentic the finished film was. I felt that most importantly we had to get the one-third gravity aspect right. Obviously, it’s zero gravity in space, but on Mars, it’s one-third. Some films don’t address that on Mars. I felt we had to because it was a plot point – the whole reason for it being a risk for Gardner to come to Earth is because of the gravity difference and the toll it would take on his organs. I used harnesses and wires (which we later remove in CGI) and varying shutter speeds to take the edge of the normal motion. We did a lot of tests before we settled. For example, when Gardner and Kendra are jogging/training on Mars, it is slightly slow motion but they are on wires that lift them up, take the strain like rock climbers use in their training. It made for a very particular way of running. All of it is very difficult and hard on the actors. They ache for days afterwards!

How do you go about blending romance with the sci-fi genre?
I’d made sure to keep an eye on the reality of all the extremes. The performances have to have a real commitment, the actors really believing in and filling their worlds. I think with all my films it’s often hard to categorize them, probably because there is no “style” of acting, just a reality hopefully. Another way of saying this is: it’s all film-making. I don’t wear a “different hat” according to what the genre is.

How did the decision come about to cast Asa Butterfield as Gardner? Was his role in Enders Game influential in that decision?
Richard Lewis had Asa in mind long before I even came on board and I agreed immediately what great casting it was. Asa has such an innocence, a purity about it. A combination of intelligence and gullibility and naivety. All the things needed for a boy from Mars coming to Earth for the first time.

What do you want audiences to take away from this movie?
How isolated we have become. All modern technical advances have rendered us this way. All modern technical means of communications have made us closer technically, but it is meaningless compared to simple relating and reaching out. No devices, just humanity. Also, I would hope audiences look at our planet with fresh and grateful eyes!

If you had infinite resources and budget, what’s a fantasy project you’d like to tackle?
I’m a huge fan of recent films such as Arrival and Interstellar. I would like to make a film on a vast scale that messes with time and our common perception of reality, but like all great movies, it would have to center around one or two strong characters and their relationships to each other.

What's next for you?
For months I’ve been working on the writing of an eight-hour TV limited series called The Mirror Thief. It’s a thriller where the clues lie in three very different time periods and locations. The settings are Venice, Italy, 1592, when the mirror was first invented – Venice Beach, California, 1958 – and The Venetian Casino and Resort, Las Vegas, the aftermath of a multi-casino heist gone tragically wrong.

The Space Between Us is available to rent/own on Amazon/Youtube/Google Play,
stream on Amazon Prime Video and buy on DVD & Bluray.