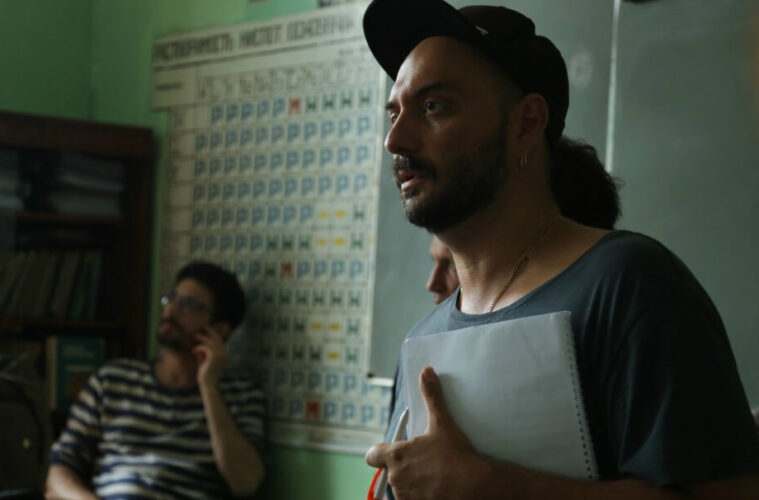 Religious fanaticism takes hold of a student in a Russian school in the film The Student, directed by Kirill Serebrennikov. The film is a harrowing look and what can happen when an extreme ideology takes a hold of a person. I recently spoke with Serebrennikov through email about the toxic effects of religious fanaticism and the influence they had on the film among other subjects.

The film deals with the toxic effects of religious fanaticism both on a personal and widespread level, what drew you to this theme?
In Russia, religion is everywhere. Preachers have taken over television. Religion has become the second official ideology. It controls everyone’s minds. It is a hazy dogma, which spreads obscurantism. Russians prefer having a leader to follow, rather than thinking for themselves. Even though the Church is separated from State, the Orthodox religion takes actions on all levels of society: army, institutions, culture and especially education. It dictates what is good or bad and it follows the official ideology. This to me is an interesting theme to explore.

The choice to set the film in a high school setting to seems to serve as a metaphor for Russian society as a whole, was that the intention behind the setting?
The film is adapted from an original play by Marius von Mayenburg, that I saw in Berlin. I asked him to send me the play and having read it, I thought to myself, that this is incredibly interesting, because it’s exactly the situation in Russia. How did he know and manage to capture this so precisely? Marius is one of the best playwrights in the world at the moment, in my eyes. He has the ability to see the future. In Germany, this play doesn’t seem as provocative as in Russia. For us, it is our reality.

Among other aspects of religion, this film explores the harmful ways radical Christianity has on the LGBTQ community especially in light of Russia's increasingly harsh treatment of these identities. Were you worried about any danger you might face from the state for the film and from these themes in particular?
We created the film without any fear. It's probably because this new generation of Russian producers are very smart, well-educated, and don't feel fear. It gives me hope that, for instance, I staged a theater production based on Heiner Müller's texts and the set is 20 completely naked people on stage acting for two hours. Male and female. When some people in Russia saw it, I was warned they would ban the performance, and I asked them immediately: "Why? Is this anti-what? Anti-power? Anti-Putin?" Nothing happened, and I will keep on making work like that.

To follow up on that question, what has the general reaction been like to those that have seen the film in Russia?
It did quite well for a film of its topic and genre, receiving good press and a cinematic run.

If you had an unlimited budget and resources, what would be your dream project?
I would really like to continue developing the “Tchaikovsky” biopic, that was put on hold several years ago due to not receiving the necessary funding from the government at that time. It is still a subject and script which greatly interests me.

Lastly, any projects you have coming up on the horizon? What’s next for you?
I am currently working on a Soviet-era musical about the young years of Viktor Tsoi, who was one of the country’s most iconic rock stars.

Watch The Student via Amazon