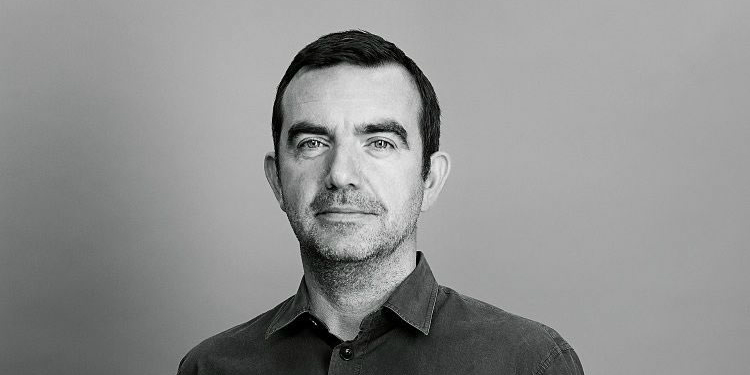 British director Simon Aboud was present at the U.S. premiere of his new romantic drama This Beautiful Fantastic, where he met a very enthusiastic reception from audiences at the 28th annual Palm Springs International Film Festival. Aboud’s latest feature follows the eccentric Bella Brown as she tries to restore a garden at the demand of her stubborn neighbor and threat of eviction from her landlord. The director took the time to answer questions about how the idea for the film came about, casting choices, and his creative vision.

What was the inspiration behind the story of Bella?
My explanation for it is that I was a commercial director for a long time and there was one crazy Scottish guy in the office, and every day, he would come in and instead of saying “how are you,” he would ask “how are the flowers in your garden today?” I thought it was interesting that he would use nature as a metaphor, so that’s how it started. The rest of it came about through a mishmash of odd things, but that’s really where it all began.

How did using nature as metaphor help you draw parallels between people and the natural world in the film?
In a funny way, it’s kind of the same answer as to how This Beautiful Fantastic started. What that director had opened up to me was the idea that nature is such a powerful metaphor, and when you look into what is quintessentially a very English thing like gardens and seasons and growth and the idea of order versus chaos, then it opens up this very interesting way of teaching someone about life and death, beginnings and ends, and all sorts of things.

The cast in This Beautiful Fantastic delivers wonderful performances. Did you have certain actors in mind when casting for the film?
We probably went through four versions of the casting. Carey Mulligan was attached to this film for about six months, then Felicity Jones was attached to the film. We never had a problem attaching people, but then when we finally got the finance to make the film, we were very lucky because Jessica Brown Findlay kind of just dropped into place for the lead. I met Jeremy Irvine in Los Angeles, and he pitched to me why he wanted to do the film, which was odd because I thought I would have to pitch it to him. We were very lucky with Andrew Scott because he needed to do a character that wasn’t very dark or killed people, so Vernon was sort of this chink in the armor.

The sets and locations are such an integral part of the film. Are there any stories behind the principal locations?
An interesting thing is where we actually shot literally on the first day, the location guy showed me the photo, and obviously, in my head, I had a big house on one side and knew there had to be a basement flat underneath. We went to that location and it was all one house. We shot about 19 locations in 26 days, so we were very lucky to find that particular house. It ended up being our primary location, which I think is the heart and soul of the movie.

The mechanical bird, Luna, featured in the film is quite magical. How did you bring her to life?
That came about by me torturing the production designer for six months. Weirdly, there was a kids’ program on BBC that I grew up watching called Bagpuss and there was this character who was a wisely old owl. I had that inspiration fixed in my head because there was nothing modern about it, and I talked it over with my production designer. In the end, the scene where Luna flies is the only scene with CGI in the entire film. We ended up getting puppeteers to do it, then we painted out the puppeteers because I was so paranoid that it would appear to be too modern or of this day, in the 21st century.

Speaking of that fear of being too modern, This Beautiful Fantastic has a very timeless feel. What was your intention for that?
I always said up until this point that the film does take place now, but I was intrigued about the idea of making a modern-day fairytale, where you feel it does take place in the present when you see scenes of Bella on a bus, but I was obsessed with the concept of never having a phone, never having a computer, never having anything that roots you in the absolute nowness. I think it lets you have your own interpretation of what “now” is. The idea of magical realism is, is it just enough apart from reality to disconnect you from it? If you can escape reality for a moment, then you can tell it works.

The transformation of Bella’s garden really drives the story. How did you manage to make it happen around your shooting schedule?
We always shot scenes completely out of sequence, and the production manager obviously wanted it to go from a broken garden to a beautiful garden, but we couldn't do that. But we were very sure of what we wanted it to end up like, and for Bella’s garden, we wanted to never make it so that it was something incredible because clearly, the timeline isn't good enough to do that. What we tried to do with her garden was make it a believable transformation, so that was a constant battle to find the right location to film.

Ducks have a tendency to appear in various shots of This Beautiful Fantastic. What is the symbolism behind that?
If you look in fairytales, animals always play an important role. I think the idea of Bella being nurtured by something that was inhuman was attributed to the fact that humans didn’t want to take care of her, but the ducks did. Ducks migrate and they leave. As the script developed and as we shot the film, I think what the ducks turned into was a symbol of her own personal freedom.

Watch This Beautiful Fantastic via Amazon or iTunes