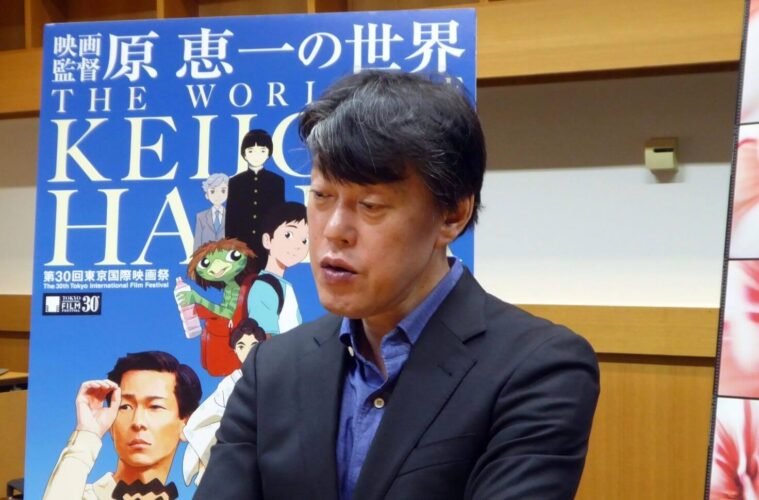 Keiichi Hara is an acclaimed anime director whose career has spanned over two decades. His films include “Miss Hokusai”, “Colorful” and “Summer Days with Coo”. This year, his works are celebrated with a special programme at Tokyo International Film Festival. I had the chance to interview Mr. Hara on his works and his views on the anime industry during this year's TIFF.

What was your path to becoming an anime director?

I initially wanted to become an animator and entered an animation school. However, there were so many people who were more talented than me – that made me lose hope. I thought there’s no way I will become an animator with competition like that. At the same time, I really loved cinema, particularly live-action cinema. That led me to realize that instead of becoming an animator, I should choose the path of becoming a director instead. I thought becoming a director would also allow me to work with some great animators. 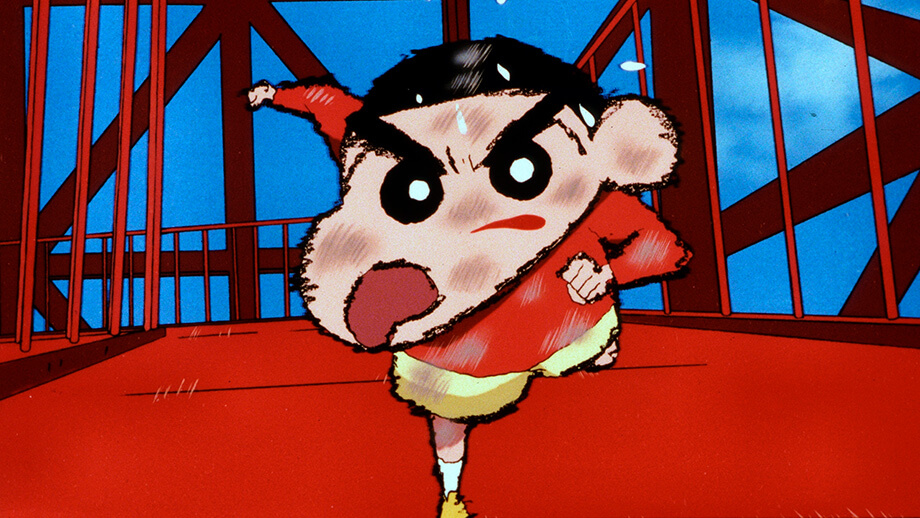 In the Crayon Shin-chan film “The Adult Empire Strikes Back”, which you directed, there are influences of jidaigeki films. Were you influenced by live-action directors like Kurosawa?

Of course, I had plenty of cinematic influences, but I wouldn’t really call Kurosawa one of them. When it comes to Japanese jidaigeki stories and samurai films, Kurosawa is often used as a representative, but in fact, his work has a lot of idiosyncrasies. My knowledge of the warring states period largely came from the historical fiction I read. Reading those works also gave me an awareness that the way Kurosawa depicts the period is not that “real” at all. That’s not to say I don’t appreciate Kurosawa’s cinema. Cinema is entertainment, fiction, and in that sense his films are magnificent, I love them. But when I set out to write a new anime film set in the “warring states” period, I wanted to depict it in a more “real” way than many live-action films had done.

What anime inspired you when you were growing up?

Actually, I didn’t get that much influence from anime. But within the context of anime films, one film I do like above all others is doubtlessly Miyazaki’s “Nausicaä of the Valley of the Wind”.

The animation style used in your works varies a lot. How do you choose what kind of style to use for each project?

I started out working for a studio that created anime aimed at kids and families. I worked there for about 25 years. During that time, I always worked on family-oriented anime. I didn’t really challenge myself that much. However, the film I created just before leaving that studio, “Summer Days with Coo”, was a huge turning point for me. Until then, there had been lots of challenging projects I might have wanted to do but couldn’t. After quitting the company, I started working on different projects with varying target audiences and themes.  I wanted to make films that are true to myself, to choose a path where I didn’t have to lie to myself. 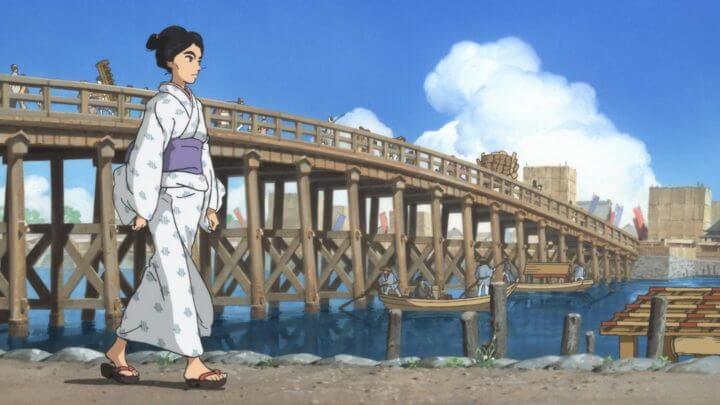 How did you approach adapting the 1980s josei (women-oriented) manga, “Miss Hokusai”? Was it challenging to adapt a female artist’s work and stay true to its spirit, as a male director?

Miss Hokusai is indeed based on Sugiura Hinako’s josei manga. She was just one year older than me, but she died in her forties. I’ve always admired her work and regarded her manga as genius. Adapting her work into an anime had been a dream of mine. When I was able to do that project, I really wanted to capture the beauty of her work without degrading it. I wanted to adapt it to my own personal style while preserving its essence. Of course, Sugiura-san can’t see the film, but when I made it, I just hoped she would appreciate it if she could.

Coming back to “Summer Days with Coo”, which you mentioned as a turning point in your career. There are quite a lot of anime films where a supernatural creature comes to live with a child and helps them grow personally – like Totoro and Pom Poko. Why did you decide to tackle this type of story of a boy growing up with such a creature?

I don’t know if it’s so well-known abroad, but in Japan, kappa is probably the most famous mythical creature. Since the old times to the modern day, Japanese people from children to the elderly all recognize this creature. Even today, there are people who actually claim they have seen a kappa. And you know, if you ask Japanese people to draw their mental image of a kappa, pretty much everyone will draw the same image. I was really interested in this shared awareness, and I wanted to create a story out of it. 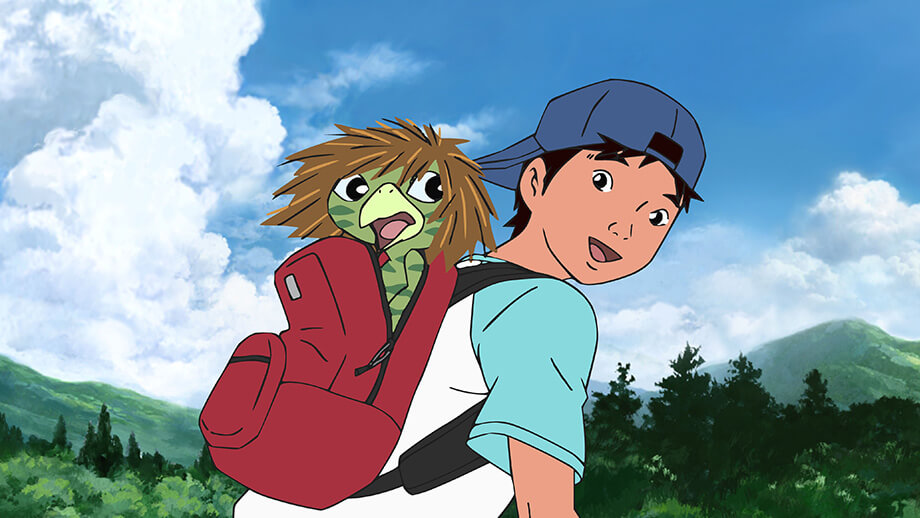 You’ve been in the anime industry for a pretty long time. How do you think it has changed?

Back when I entered the industry, there were not that many works of anime being created. The quality of the works was also rather low. Of course, creating a new episode to air every week is an extremely strict schedule, so it’s only natural that the quality was not that high. At that time, the Japanese animation industry was inferior to, for example, the American animation industry, and Japanese companies were being sub-contracted to work for American productions. But in those early days, there were still creators who were desperately trying to tell interesting stories, even within their limited timeframes. Those creators were probably not even aware of it, but some of their works were also being aired overseas, and foreign people considered them interesting. Eventually, Japanese animation companies became aware of this fact and realized that they were doing something greater than they had thought.

When I started out working at an animation company, I was actually embarrassed to say that I make anime. Because in those days, it was not considered to be a proper job for adults. But as time progressed, there were new generations of anime creators making work not just for children but for teenagers and adults as well. The works created by the anime industry have become more diverse in their themes and target demographics. I would say that is one big change.

In your works like Miss Hokusai and Colorful, you also depict the darker sides of life in a matter-of-fact way. Is that personal honesty on your part?

Yes, of course. In the past, the generation of anime creators that came before us would challenge their audiences with new kinds of animation. It wasn’t good enough for them to just continue always creating works to entertain the same target demographic of children. As a creator, I also want to challenge themes that might have been previously regarded as “taboo” in the medium of anime. When I was young, I always watched movies, mostly live-action - from foreign films to classic Japanese cinema. Watching those great films, I kept wondering how their creators came up with making these new films, how did they pick up those challenges. That stimulated me to seek my own challenges and become a filmmaker.

You’ve mentioned there are some problems in the anime industry these days. Do you think the success of anime overseas is concealing those problems, making the industry seem better than it really is, or is it an incentive to fix these issues?

I am expecting that there will be an improvement. There are lots of works being produced, but young people are not entering the industry. They watch anime and like it, but they don’t want to make it. The salaries in the anime industry have always been low, and that has always been a problem. Young people are aware of this, and that’s why they want to find more stable entertainment. That is certainly a severe problem facing the industry. Currently, new light into anime studios is actually coming from overseas – we’ve experiencing this in the studio which is producing my new film. There is an increasing number of foreigners who would like to work in the anime industry. For us, that is a very stimulating prospect. The Japanese staff can offer inspiration to foreign staff and be inspired in exchange. Many of these foreigners actually have a deeper love for anime than the Japanese animators do.

And to avoid misunderstanding, I’d like to add that there are still good financial prospects for skilled animators, especially if they are involved in productions that become a hit. They will have plenty of work and be able to make a good living. There is still a dream within the animation industry.

Last quick question - could you tell me a little about your new film?

I can’t say much, but it’s going to be fantasy, adventure, lots of fun.

TIFF showcased Keiichi Hara's body of work in its Special Focus on Japanese Animation:
The World of Keiichi Hara.

Read our coverage of this year's Tokyo International Film Festival. 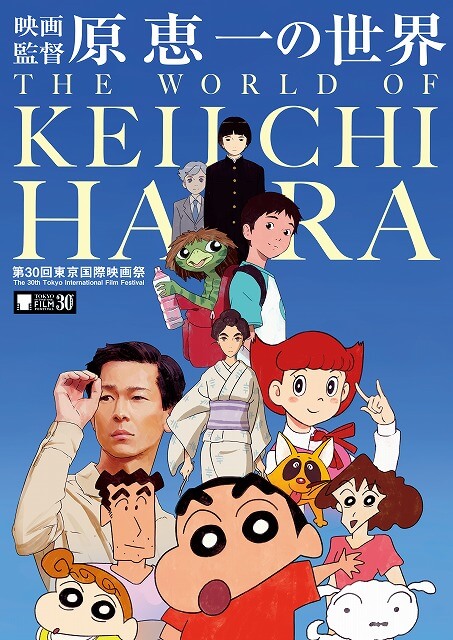