We Are X – Interview with Film Director Stephen Kijak 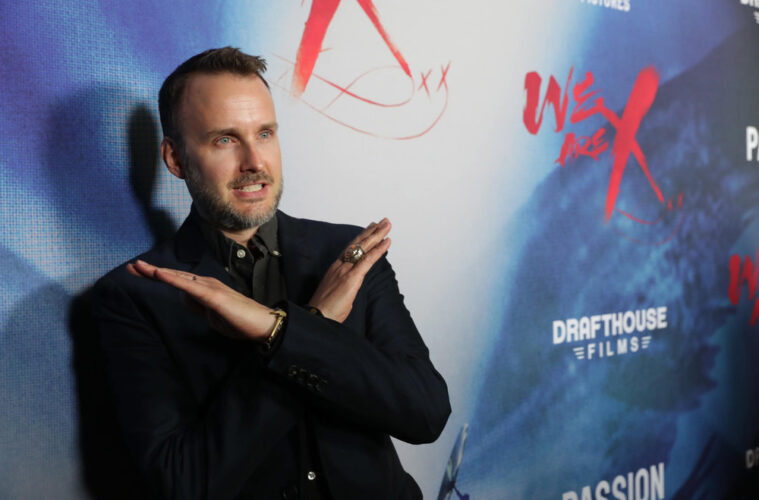 Firstly, thank you for opening my eyes to the majesty of X Japans music. Do you have any intention of increasing the popularity of the group through your film?

Absolutely. That's never the first order of business, we set out to make the best film we could make, but of course, if people get turned on by the film, by the story, if they fall under Yoshiki's spell, we hope they emerge as fans.

Your preceding films have dealt entirely in musical artists from the west, so what was the appeal of portraying the story of an iconic eastern heavy metal band?

The appeal was the unknown, making a film with a variable of X, so to speak. I had never heard of X Japan and had to confront my own ignorance of Japanese music beyond bands like Shonen Knife, The Boredoms, Loudness, Boris, etc. It was a chance to educate myself, immerse myself in a new culture, and have my  musical consciousness expanded, and in doing so, transfer that experience to an audience of the uninitiated.

Did you have any doubt over tackling the story of a group so revered in their homeland? And how the group's Japanese fans would perceive your documentary?

No. It was exciting actually - getting the opportunity to work so closely with real live Japanese Rock Gods! The enormity of the story, the passion, the tragedy, it all fed the film, gave us chance to so something that feels very epic, quite over the top, but very intense and visceral.  I knew that if we stayed as true to the vibe of the band, tried to capture something visually, sonically, and emotionally that felt like a natural extension of the band's own visual and musical world, the fans would appreciate it.

What is your opinion on the lack of popularity in the rest of the world for the group, despite having a cult following in various countries?

I would say that their international fanbase is much more evolved than a cult, but are they the Rolling Stones? No. But fate and circumstance conspired against them - they've never released an album outside of Japan - that's going to hold a band back. And like we discuss in the film, there's a wall of prejudice to fight against. Death has also cast a shadow. And they were trying to break America at a time when grunge was about to eclipse the hair metal bands, which they have certainly been compared to, and so their timing was perhaps not great in the 90's. But I think the world of music is far more democratic and fluid now, and while they may never top the charts int the US, the timing couldn't be better for them to experience a real explosive moment.

How do you decide on which music artist or group to create a film about?

My career has been a fortuitous combination of passion projects and surprising commissions. Again, it all comes down to whether or not I feel there's a story worth telling and an opportunity to find a cinematic way to tell it.

You have been quoted as saying "I might have to quit music films after this one. The story is so unreal, I don't know where else I could go after this.” Do you have any aspiration to experiment with a different category of film in the future?

I'm putting more energy into scripted stuff, so yes, for sure, but at this stage, the bridge into the narrative is built on music-oriented projects. It's just a world I really love.

You’ve got infinite resources and budget, what’s the dream project you tackle?

I'd love to turn Patti Smith's "Just Kids" into a series (but I think that's already happening...) Or an epic doc about Kate Bush.

I'm starting a documentary for CMT (with Passion Pictures again producing) about Lynyrd Skynyrd and putting the last pieces in place on a narrative feature called "Shoplifters of the World" which is a film framed by the music of the Smiths that takes place the day the band broke up in 1987 that I hope to shoot early 2017.

We Are X is showing in selected cinemas.