Brimstone is the 2016 drama/mystery/thriller film that follows a mute woman attempting to protect her family from a Reverend with whom she has a dark past. From writer/director Martin Koolhoven, the film stars Guy Pearce, Dakota Fanning, Emilia Jones, Carice van Houten, and Kit Harington.

Brutal and Beautiful. Some may argue how much of this production can be classified as a “western” with its female perspective wrapped within a thriller element told in a backward-playing chaptered structure. It’s certainly unique, and not like any other westerns around. Along with that it’s beautifully photographed and when it counts it’s brutal. The violence, the sexual references, the story as a whole, it’s all dark and heavy stuff that takes you by surprise. It’s engaging as hell, which is fitting as the story is basically the hell this woman has gone through in her life. 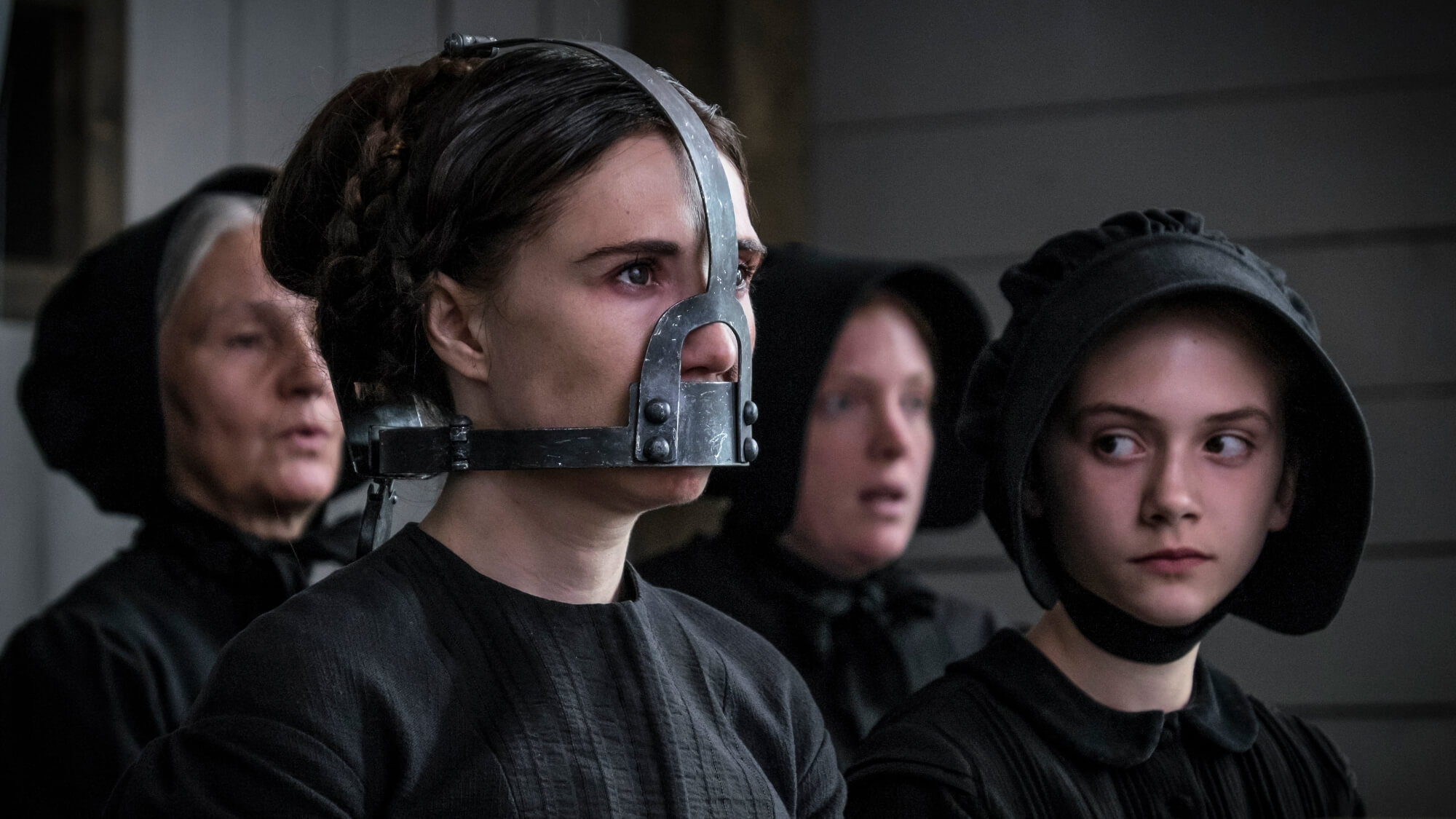 Strong Cast, Stronger Characters. Everyone involved seems totally game for the thematic material on display. No one feels redundant or out of place, with the few main leads really giving it their all. What’s most fun is that audiences haven’t gotten to see the likes of Fanning or Pearce play roles such as these, and it’s a delight that they play them so damn well. Fanning’s character is a mute who signs infrequently and displays everything through her stoic face. Pearce is a menacing character full of power and mystery that is frightening yet incredibly attractive. The journey these characters go through, the events that unfold, and the moments shared together are difficult enough on their own without some terrific and surprising turns from those involved.

The Magic of Art. This production almost collapsed on itself when those originally cast leads dropped out causing financing to be all but completely lost. After so many years of work on the production, it was one of those magical happenstances that allowed for a recasting (of arguably more suited actors) that provided enough faith in others to support the film financially and allow it to come to fruition. For something so powerful and raw it’s wonderful to know that there are still people in the world willing to put forth the time, money, and effort to create and distribute great art despite its subject matter or difficult content. Besides this film being most excellent in production quality, casting, direction, writing, and overall execution — the fact that the film was made at all, is a pure example of the magic of filmmaking.

A depressing, at times disturbing tale told in a unique and thrilling way
with an all-or-nothing cast and sure-handed direction.